“Retrospect” by Tom Tottis is published


Press release from: PR for RETROSPECT 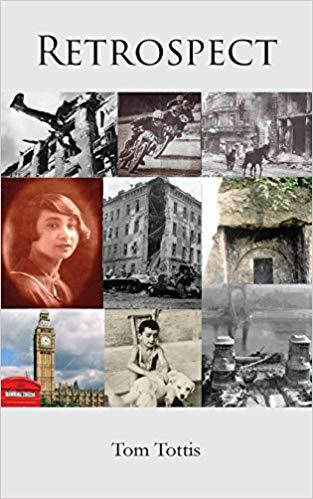 ISBN #978-1787197305“Retrospect” by Tom Tottis is publishedA family saga spanning three generations from Budapest in the 1920s to London in the 1990sAbout the Book:Based on a true life story, RETROSPECT is about human fortitude, chronicling the life of a Hungarian family, eventually reduced to just mother and son, and their struggle during Nazism in the early 1940s, followed by tyrannical Communism, the Hungarian Uprising in 1956, and the aftermath.From Budapest in the 1920s, to London in the 1990s, this is a family saga of three generations, ravaged by two wars and adverse circumstances.The book portrays in fine detail the emotional problems a family cannot escape when a disturbed member is causing torment and suffering.Excerpt from the Book:“Later that evening, after dinner at Julia’s home with only four members of the Láng family around the table, no one had the courage to ask Julia of Sándor’s reaction to the bad news. Joseph realised he must break the silence. ‘Jutzie, what happened when Sándor learned that you have no dowry?’ Julia dabbed her eyes with her hankie and disclosed what took place after she had confronted Sándor with the unexpected episode. Hannah cried silently. Julia also in tears, comforted her mother. Comfort for the misfortune that hit them, for the loss of a young son and brother, and for the gallant act of Sándor.”About the Author:Shortly before the two-month long siege of Budapest at the turn of 1944-1945, circumstances separated the author, Tom Tottis, at the age of ten, from his parents. He could not help but witness the horrors of the Nazi regime and the actual battle for Budapest.After that he grew into adulthood enduring the tyranny of the so-called 'socialist' system, leading to the unplanned Hungarian uprising in 1956.Arriving as a refugee to Great Britain at the age of 21 in December 1956, he set about establishing an existence through hard work. His resolution and his stamina rewarded him with managerial positions in industry for over two decades before he retired at the age of 60. Tom felt compelled to write this story because of its historical content. Until this day the people in the West know very little of what actually happened before and after 1945 to countries and people who finished up behind the Iron Curtain (apart from the tragedy of the Warsaw ghetto). Individuals who had lived through and experienced those events are now very thin on the ground.Retrospect is available in paperback from Amazon at:https://www.amazon.co.uk/Retrospect-Tom-Tottis/dp/1787197301Press/Media Contact Details:New Generation Publishing Tel. 01234 712 064 E-mail: info@newgeneration-publishing.comNew Generation Publishing is a professional publishing company based in England.Legend Times 107-111 Fleet Street London, England EC4A 2AB

07-09-2018 | Business, Economy, Finances, B …
ReportsWeb
Automotive Telematics Market 2018-2022 Global Key Companies - Trakm8 Holdings, T …
Telematics is the field of science in which the long-distance transmission and communication between computer-based information is arranged. In simple terms, receiving, storing and sending of computer based information is performed with the help of telematics system. The technology of telematics is generally used in different types of vehicles. Automotive telematics is the technology that deals in ensuring the safety of the car and its passengers by providing diversified computer-information based
05-24-2016 | Advertising, Media Consulting, …
Amscreen
AMSCREEN TERMINATES AGREEMENT WITH TOM GODDARD’S DIGICOM
Amscreen regretfully announces that it has today terminated its sales agency agreement with Digicom Out Of Home Digital Media Limited (“Digicom”) and temporarily suspended the advertising service on its network of forecourt screens. This follows the filing of a Notice of Intention to Appoint an Administrator by Digicom on Friday 13th May 2016. We were informed by Digicom shortly after this that payments due to Amscreen under the terms
02-05-2013 | IT, New Media & Software
Omniplex Ltd
Tom Kuhlmann explains ‘interactivity’ at Omniplex seminar
Tom Kuhlmann, one of the world’s best known e-learning designers and currently number three in the ‘World’ list of the Top Ten Movers and Shakers in corporate online learning, discussed the ‘what, when and how of interactivity’ with an invited audience at The Cellar at Vinopolis, on London’s south bank, at the end of January. Hosted by Omniplex, an official certified Articulate partner and an Articulate Centre of Excellence, as a
04-22-2011 | Arts & Culture
Aurel Scheibler / ScheiblerMitte
Tom Chamberlain : Some Other Time
Tom Chamberlain Some Other Time Opening: 29 April 2011, 6 - 9 pm Duration: 30 April – 24 June 2011 Location: Aurel Scheibler / ScheiblerMitte Charlottenstraße 2 (in the Alley) 10969 Berlin The British artist Tom Chamberlain (*1973) engages the simplest of artistic means to achieve an unusually high degree of visual complexity
05-16-2008 | Industry, Real Estate & Constr …
PMForum, Inc.
Tom Taylor named PM Ambassador™ in UK
APM Fellow Tom Taylor joins the PM Ambassadors™ Speakers Bureau in England Dallas, Texas — PMForum, Inc. is pleased to announce that Tom Taylor, former Chairman and a Fellow of the Association for Project Management (APM) in the UK, has joined the PM AmbassadorsTM Speakers Bureau. Based in London and with over 30 years of front-line project management experience, Tom advises organizations and speaks on project management throughout the UK.
04-13-2007 | Business, Economy, Finances, B …
ForAccess.com
Tom Duran Joins ForAccess.com Advisory Board
SAN ANTONIO, TX— Banking relationship manager Tom Duran has joined the Advisory Board of ForAccess.com and will serve as a banking advisor as well as customer relationship coach. “My current job requires me to work closely with business owners to help identify their needs, suggest the right solutions to meet those needs, and then help them maximize their business,” said Duran. “We are delighted that Tom is joining us. His
Comments about openPR
I can't but agree to the positive statements about your portal: easy to use, clear layout, very good search function, and quick editing!
Jens O'Brien, Borgmeier Media Communication