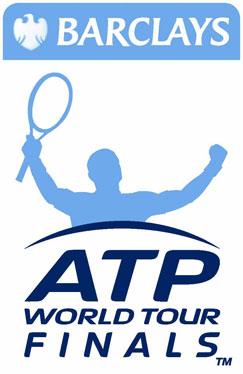 The ATP World Tour Finals is a tennis tournament played at the end of each year, involving the top eight players in the men's tennis world rankings. Unlike most of the other events on the men's tour, the ATP World Tour Finals is not a straightforward knock-out tournament. Eight players are divided into two groups of four, and play three round-robin matches each against the other three players in their group. From there, the two players with the best records in each group progress to the semifinals, with the winners meeting in the final to determine the champion. Winners are awarded up to 1500 rankings points. The event is actually the fourth evolution of a championship which began in 1970. It was originally known simply as The Masters Grand Prix and was part of the Grand Prix Tennis Circuit, and was organised by the International Lawn Tennis Federation (ILTF) ITF. It ran along side the competing WCT Finals the other season ending championships for the rival World Championship Tennis Tour. The Masters was a year-end showpiece event between the best players on the men's tour, but did not count for any world ranking points. In 1990, the Association of Tennis Professionals (ATP) took over the running of the men's tour and replaced the Masters with the ATP Tour World Championship. World ranking points were now at stake, with an undefeated champion earning the same number of points they would for winning one of the four Grand Slam events. The ITF, who continued to run the Grand Slam tournaments, created a rival year-end event known as the Grand Slam Cup, which was contested by the 16 players with the best records in Grand Slam competitions that year. In December 1999, the ATP and ITF agreed to discontinue the two separate events and create a new jointly-owned event called the Tennis Masters Cup. As with the Masters and the ATP Tour World Championships, the Tennis Masters Cup is contested by eight players. However, under the rules of the Tennis Masters Cup, the player who is ranked number eight in the ATP Champion's Race world rankings does not have a guaranteed spot. If a player who wins one of the year's Grand Slam events finishes the year ranked outside the top eight but still within the top 20, he may be included in the Tennis Masters Cup instead of the eighth-ranked player. If two players outside the top eight win Grand Slam events, the higher placed player in the world rankings will take the final spot in the Tennis Masters Cup. In 2009 the Masters have been renamed the ATP World Tour Finals and it will be staged at The O2 in London from 2009 to 2012. For many years, the doubles event was held as a separate tournament the week after the singles competition. But more recently they have been held together in the same week and venue. Like the singles competition, the doubles involves the eight most successful teams on the tour each year and starts with a group phase with each team playing three round-robin matches. Former World No.1s Pete Sampras, Ivan Lendl and Roger Federer hold the record for the most titles, each with 5.http://www.savemeaticket.com/event/sport/tennis/atp-world-tour-final-ticketsSave Me A Ticket is an online ticket exchange that allows people to buy and sell live event tickets in a completely safe and secure way. This includes sport, concert, theatre and other events. We offer tickets even the event is 'sold out'.Save Me A Ticket info@savemeaticket.com E16 1AG, London Royal Victoria Docks, 1 Dock Road, Unit G32b 004408448800636 www.savemeaticket.com

08-12-2011 | Leisure, Entertainment, Miscel …
Save Me A Ticket
The Kaiser Chiefs Are Back
Primed with three albums recorded in rapid succession during the latter half of the past decade, the Kaiser Chiefs took a calculated gamble and decided to regroup out of the spotlight with a self-imposed hiatus. Last seen when they played their biggest shows to date at London's Wembley Arena back in 2009 the band have been anything but idle in the intervening period which has seen Nick Hodgson and Simon
07-29-2011 | Leisure, Entertainment, Miscel …
Save Me A Ticket
Think Floyd – Original Pink Floyd Tribute Band Coming
Think Floyd, the first Pink Floyd tribute band in the UK, were formed in South London, England in May 1994 by four talented and experienced musicians and songwriters. When they played "Comfortably Numb" for the first time in a pub in Forest Hill it the audience response was amazing, they knew they had made the right decision. The band's popularity grew and they went on to perform at many major
07-08-2011 | Leisure, Entertainment, Miscel …
Save Me A Ticket
Tickets For Britney Spears - Femme Fatale Tour In UK
Britney Spears has become one of the world's best-selling artists, most talked-about stars and one of the biggest names in modern pop. Her hits have included Uk number ones Baby One More Time, Oops I Did It Again, Born To Make You Happy, Toxic and Everytime, and her albums have all been certified multi-platinum. She returns to the UK with her new World Tour - Femme Fatale tour. Kicking off
04-05-2011 | Leisure, Entertainment, Miscel …
Save Me A Ticket
Download Festival 2011
The UK's largest rock and metal festival heads back to Donington in June. The Festival Arena will be open from June 10th - 12th, with the campsite opening up from Wednesday June 8th. Now heading into its 9th year, the 2011 Download Festival promises to deliver another truly memorable weekend of music and entertainment. The Download Festival; owned by Live Nation, is a three day rock music festival which is held in

03-01-2019 | IT, New Media & Software
AOC International (Europe) B.V.
AOC joins Intel Extreme Masters Katowice 2019
Amsterdam, 1 March 2019 – AOC invites all fans to join them at IEM Katowice at the renowned Spodek Arena from March 1-3. The display specialist will be host to diverse activities and feature their brand new model AGON AG273QCG, the fastest 240 Hz monitor in the AOC gaming line-up, the AGON AG251FZ and last but not least their recent AOC G2590PX/G2 Signature Edition gaming monitor presented by the G2
02-24-2017 | Health & Medicine
Endless Pools
Endless Pools Partners with Masters Swimming Canada
Endless Pools®, the leading manufacturer of swim-in-place technology, has committed to Masters Swimming Canada (MSC) with a new agreement to advance the shared goals of the two organizations. Aston, PA, February 24, 2017 -- Endless Pools®, the leading manufacturer of swim-in-place technology, has committed to Masters Swimming Canada (MSC) with a new agreement to advance the shared goals of the two organizations. “We applaud MSC for their dedicated promotion of swimming, keeping
03-31-2011 | Business, Economy, Finances, B …
Project Masters
Project Masters Inc. Expands Offerings
Project Masters Inc. develops its areas of expertise with Karl Wennerberg Project Masters Inc. has been a premier provider of tailored project and program management consulting and training services for 15 years. They have worked with large and small companies through consultation or one of their many training programs. April Wennerberg brought her expertise in Computer Science and as a Project Management Consultant when she started Project Masters Inc.
11-24-2010 | Science & Education
FDM Group
Free Masters Degree for Graduates
High-flying graduates are being offered the opportunity to undertake a fully-funded Masters Degree, thanks to award-winning IT graduate employer FDM Group. Recently voted ‘Best Technical Graduate Recruiter’ at the National Graduate Recruitment Awards 2010, FDM Group has joined forces with the University of Brighton to launch a new MSc in Applied Computer Science, which will help students looking for fast-track career progression. The FDM Master Class Programme will begin in January 2011
06-02-2009 | Business, Economy, Finances, B …
econique
econique business masters “goes China”: M&A Masters Asia Pacific
International conference organiser econique business masters organises the first M&A Masters in Hongkong, China. The M&A Masters offer best practice and transfer excellence to M&A executives with an emphasis on the Asia-Pacific region on October 5th/6th, 2009, in Hong Kong, China. With the help of econique´s employees based in Mumbai, India, it will be possible to welcome experts, especially from Asian companies, at the conference. The conference addresses the whole picture with
07-30-2008 | Business, Economy, Finances, B …
econique
Airport Process Masters
A new conference topic in the program of econique’s elite network: The Airport Process Masters Conference on the 22nd / 23rd of October in the Hotel Maritim, Frankfurt, Germany. The Airport Masters is addressed at all executives in the areas of Operations, Infrastructure, Strategy, Security and Terminal Operations of international airports. Current hot topics included in the conference are baggage handling automation and capacity management; security processes and passenger flow optimisation.
Comments about openPR
We publish our press releases on openPR.de because we like people who are "open" - just like us.
Frank Obels, CEO, INCONET - Informationssysteme, Communication und Netzwerkberatung GmbH