STEFAN SZCZESNY – LES-BAUX-DE-PROVENCE (France) : EXTENSION OF THE MONUMENTAL SCULPTURES EXHIBITION UNTIL THE END OF FEBRUARY 2020 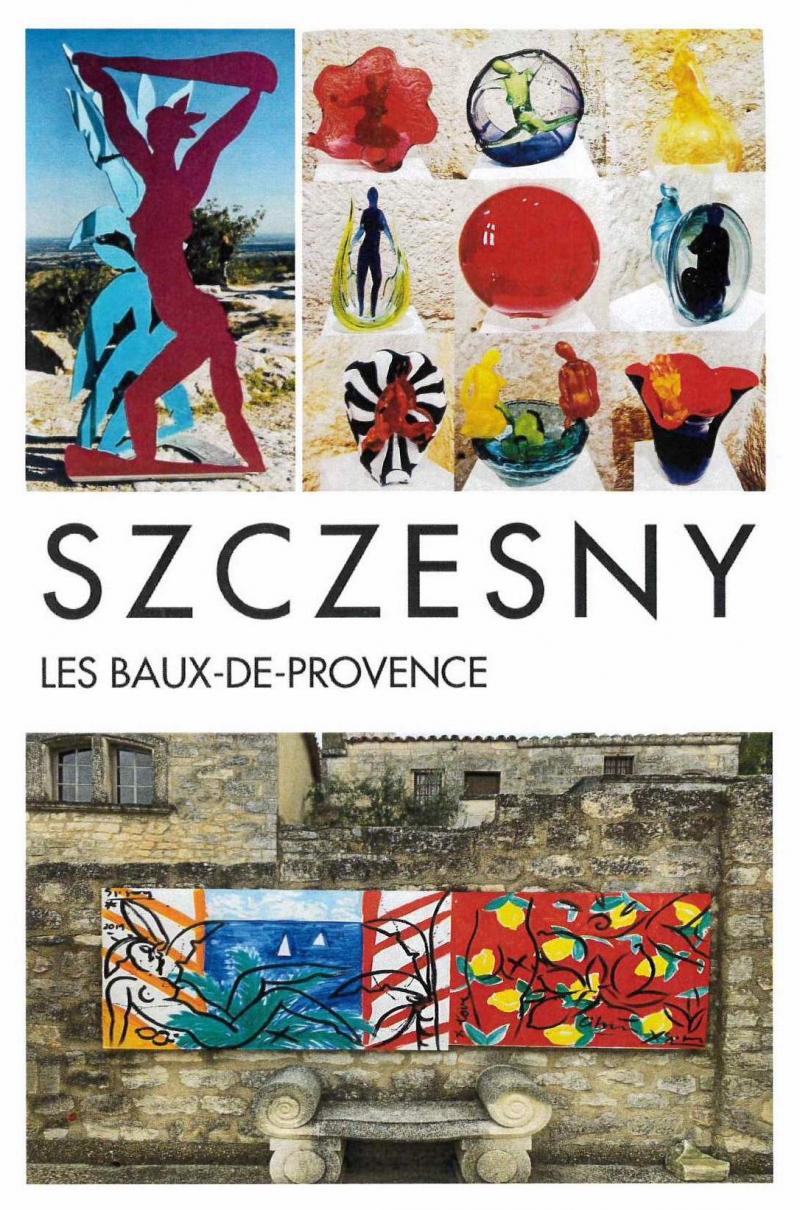 STEFAN SZCZESNY – LES-BAUX-DE-PROVENCE (France)EXTENSION OF THE MONUMENTAL SCULPTURES EXHIBITION UNTIL THE END OF FEBRUARY 2020Stefan Szczesny (born on the 9th of April 1951 in Munich) is an European and international artist. After studying successively in Paris and at the Villa Romana in Florence, he came back to Germany where he organized the first exhibition “Rundschau Deutschland” in Munich and Cologne in 1981 and founded, with a group of joung artists, the “Neue Wilde” movement which marks the return of figurative art inspired mostly by “The Fauves”. In 1994, Szczcesny moved to New York and then founded the Szczcesny Factory in 1996. In the middle of the 1990’s, he relocated his Studio on the Mustique Island. The Caribbean and tropical environment incarnates for the artist the continuity of the Mediterranean spirit and “way of life” and inspires his work which becomes even more opulent, sensual, colorful and radiant. Travelling all around the world, taking part to numerous and famous exhibitions, Stefan Szczesny moved in 2001 to Saint-Tropez where he lives and works in his Atelier.The exhibition organized in the beautiful Village of Les Baux-de-Provence is the occasion to discover the different facets of Stefan Szczesny’s work - as a painter, as a draughtsman and as a sculptor. His monumental and joyful metal sculptures are playing with the architecture and the breathtaking environment of Les Baux, offering an unforgettable visit through this historical and extroardinary place until the end of February 2020 !Free entrance. Open every day. More informations on the websites : www.stefanszczesny.com and www.lesbauxdeprovence.com.ATELIER STEFAN SZCZESNY Galerie Espace des Lices 9, Boulevard Louis Blanc F-83 990 Saint-Tropez +33 (0)4.94.97.41.99Presscontact : Céline Seidler-Bahougne +33 (0)6.42.40.29.65 celineszczesny@orange.frThe Atelier Stefan Szczesny in Saint-Tropez is part of the Szczesny Factory (Berlin - New-York - Saint-Tropez).

You can edit or delete your press release STEFAN SZCZESNY – LES-BAUX-DE-PROVENCE (France) : EXTENSION OF THE MONUMENTAL SCULPTURES EXHIBITION UNTIL THE END OF FEBRUARY 2020 here

06-05-2017 | Health & Medicine
ReportsWorldwide
Cigarettes in France, 2016
ReportsWorldwide has announced the addition of a new report title Cigarettes in France, 2016 to its growing collection of premium market research reports. "Cigarettes in France, 2016" is an analytical report by GlobalData that provides extensive and highly detailed current and future market trends in the French market. The report offers Market size and structure of the overall and per capita consumption based upon a unique combination of industry research, fieldwork,
12-07-2016 | Industry, Real Estate & Constr …
ReportBazzar
Packaged Food in France
Summary The slow but progressive exit from the persisting crisis of the French economy and the slight improvement in GDP growth in 2016 has contributed to current value growth of 1% in current value terms in packaged food. This is still modest and just in line with the CAGR seen over the review period, although this is in the context of strong price wars, stagflation and the detrimental effects of terrorist
10-01-2014 | Energy & Environment
WELTEC BIOPOWER GmbH
Biomethane for France
WELTEC Receives Order for Biogas Project with Gas Processing French agriculture has a wealth of raw and waste materials that are suitable for biogas plants. However, only half of the available materials are presently used for energy production. Thus, ambitious development plans have been drawn up: By 2020, the biomass share in the field of renewable energies in France is to rise to about 50 percent. No wonder that that the number
09-11-2012 | IT, New Media & Software
celum GmbH
celumday 2012 France
On October 4th 2012 the celumday France will take place at the Hippodrome d’Auteuil in Paris. The Tribune Présidentielle is the perfect meeting environment for customers, partners and interested parties to exchange ideas and discuss current developments as well as trends in managing brands and digital assets. At the celumday 2012 France you will experience that sportive competition and today’s business world have a lot in common: both strive to be
04-04-2008 | Sports
Speed:World:Cup
Speed:World:Cup France: Day 3
What an incredible day: 60 knots of wind, amazing speeds, upside-down timing caravan. We have rarely seen such a windy race day during competition - an experience that not many can share. Alexandre Caizergues and Charlotte Consorti, both from France, are still dominating the PKRA Speed:World:Cup in Port St. Louis. The day started calm, not very windy, and the skippersmeeting was scheduled for 9:30, due to the official function yesterday evening.
04-03-2008 | Sports
Speed:World:Cup
Speed:World:Cup France: Day 2
Epic conditions today in Port St. Louis, with three legs held in 30-40 knots of wind the race committee tested all skills of the riders, technical as well as physical. Alex Caizergues was the man of the day, with three bullets clearly in the lead now. In the womens fleet, Charlotte Consorti has also a perfect score with 4 out of 5 victories. Skippersmeeting was held at 9:00 and
Comments about openPR
OpenPR ist the nicest and most clearly laid out PR platform I have seen to this day. The press releases are displayed very nicely and clearly and without any unnecessary frills. The updates are fast and the finished release looks appealing and is clearly legible. Even with 16 years of experience one discovers new things from time to time. Congratulations!
Gabriele Ketterl, Director Marketing & PR, Menads