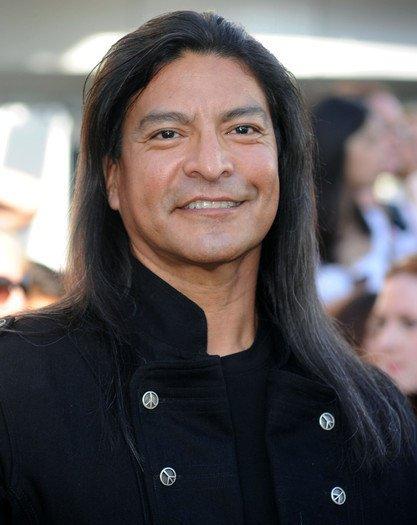 LOS ANGELES, CA (July 20, 2011) –Gil Birmingham, known for his role as Billy Black in the Twilight Saga films, will join Superman Returns Brandon Routh in the film Crooked Arrows, a story about a Native American high School Lacrosse team forced to compete against a better equipped and trained local prep school team. Birmingham will play the tribal chairman and father of the entrepreneurial son played by Routh.The film centers on Joe Logan (Routh), a 30-year-old mixed-blood Native American, who wants to modernize the reservation but must first prove himself to his father (Birmingham), a traditionalist tribal chairman, by rediscovering his spirit. Joe postpones his casino-building dreams to coach the fledging Native American lacrosse team against the prep school in which he used to star. As a result, Joe inspires the Native American youth and teaches them the true meaning of tribal pride. The sport of Lacrosse dates back to the northeastern Native American tribes in the 1100s.“The intense relationship between the father and son and the conflict between modern ways and tradition is what appealed to me most in Crooked Arrows,” said Birmingham, who is part Comanche. “Wrapped in a movie about a sports competition is the human element of a man and his son trying to find their way in a sometimes confusing world.”Producers on Crooked Arrows are J. Todd Harris and Mitchell Peck. Steve Rash, known for The Buddy Holly Story and Can’t Buy Me Love, will direct. Reebok is the film’s athletic corporate sponsor. Crooked Arrows is scheduled to start filming in Boston, MA in August.Birmingham recently wrapped up filming Breaking Dawn, the fourth movie in the blockbuster hit Twilight Saga, and Shouting Secrets, a film with Twilight co-star Chaske Spenser. In theaters, Birmingham starred in the animated film Rango with Johnny Depp and The Love Ranch with Helen Mirren and Joe Pesci that opened in theaters earlier this year.About Gil Birmingham: Born in San Antonio, Texas, award-winning actor GIL BIRMINGHAM made his first TV appearance on an episode of “Riptide,” and has gone on to star in more than 40 film and television productions. Recently, Birmingham has generated public acclaim for his portrayal of Billy Black in the first four films of The Twilight Saga, the popular series based on the best-selling books by Stephanie Meyer.Other than the Twilight franchise, Birmingham’s latest releases include director Taylor Hackford’s The Love Ranch starring Helen Mirren and Joe Pesci, and in the animated film Rango as the voice of “Wounded Bird.” His most recent completed project is a starring role in the upcoming film Shouting Secrets, alongside Twilight Saga co-star Chaske Spencer and Tonantzin Carmelo. His next film, the sports thriller Crooked Arrows, will star Brandon Routh and will begin shooting in August 2011. Other big screen credits include Skins and End of the Spear.In 1995, his powerful portrayal of Dogstar in Steven Spielberg’s TNT six-part miniseries, “Into the West,” captured the attention of audiences worldwide. It was through his eyes that viewers witnessed the atrocities and devastation that occurred at Wounded Knee in 1890. He also appeared in the television movies “Love’s Long Journey,” “Gentle Ben,” and “Dreamkeeper.”His many other television credits include recent guest-starring roles on “Castle” and “The Mentalist,” in addition to appearances on “Buffy the Vampire Slayer,” “Body & Soul,” “Charmed,” “Veronica Mars,” “10 Items or Less,” and “Nip/Tuck.”In addition to on-camera roles, Birmingham’s voiceover work includes: Rango (with Johnny Depp), Night at the Museum, and Turok: Son of Stone, as well as the television series “The Wild Thornberrys.”Jody Roberts Native Spirit PR & Entertainment 2447 South Taylor Road Cleveland, OH 44118 216-798-3349 jody@nativespiritpublicrelations.com

02-17-2021 | Business, Economy, Finances, B …
Nourished
Birmingham Business Bags International Recognition
It’s been a month of major victories for Birmingham firm Nourished, makers of the world’s only 3D printed, personalised, gummy vitamins. Nourished has today been announced as one of the finalists for the SXSW pitch taking place at the internationally renowned South by Southwest, an annual global celebration including film, interactive media, music festivals and conferences. Nourished has been named as one of five finalists in the Health, Wearables &
12-20-2018 | Logistics & Transport
DENSO Auto-ID Business Unit
DENSO’s QK30 scores at Birmingham Airport
Innovative scanner by DENSO, part of the Toyota group, helps save time and increase accuracy at Birmingham Airport. The QK30 scanner has been in use at Birmingham Airport for about 12 months and has proven to be very accurate. The scanner can scan boarding passes and read codes from mobile devices. In fact, the QK30 scanner has especially been developed to scan both mobile and printed QR Codes as well as
05-11-2018 | IT, New Media & Software
dal33t GmbH / PowerFolder
Birmingham extends ahead with PowerFolder
Although the University of Birmingham (UoB) contract for the File Sync & Share solution PowerFolder of Düsseldorfer dal33t GmbH expires at the end of 2018, the British university decided to extend it early. Düsseldorf/Birmingham 11.05.2018 - One cannot express their satisfaction with a product better: The University of Birmingham has already extended the contract with dal33t GmbH for the use of PowerFolder, which was previously due to expire at
07-26-2011 | Business, Economy, Finances, B …
Gerhard Schubert GmbH
Schubert at PPMA 2011: Transmodule in Birmingham
Crailsheim, Germany. At this year's PPMA show at Birmingham’s NEC, visitors will again have the opportunity to view the Schubert transmodule in operation. The TLM packaging machine will demonstrate the packing of the entire range of Tunnocks teacakes, thus demonstrating the flexibility of the TLM machine system. The Schubert stand number C50 has been redesigned, enlarged and equipped with an LCD projection screen. Valuable sources of inspiration for the application possibilities
04-08-2011 | Sports
P1 Groupe
Trinkler Roars Into Birmingham For Barber 200
Owen Trinkler heads into familiar territory this weekend as he and his #198 RSR Motorsports squad embarks on the third round of the 2011 GRAND-AM Continental Tire Sports Car Challenge series at Barber Motorsports Park for the Barber 200. Trinkler shares his #198 Mini Cooper S with the up-and-coming Sarah Cattaneo, and the tandem is currently enjoying a solid start to the season as they sit in third place in
12-03-2008 | IT, New Media & Software
CI-Net
WiMAX-Ready Business Continuity Comes to Birmingham
Businesses can protect their Internet connectivity with new WiMAX-ready fixed wireless Internet service Kidlington, UK - 3 December, 2008 - Businesses in Birmingham UK can safeguard their Internet connectivity with a new service that enables their existing fibre connections to automatically switch over to a 2-100 MB/ per second WiMAX-ready fixed wireless link in the event of disaster. “Bandwidth hungry businesses who cannot risk losing their Internet connectivity can use the service
Comments about openPR
9 o'clock: discuss press release with client, 10 o'clock: submit release to openPR, within the briefest possible time release is published and displayed in a prominent place on openPR.de. I am thrilled!
Zehra Spindler, Calypso Now! - Communication Agency