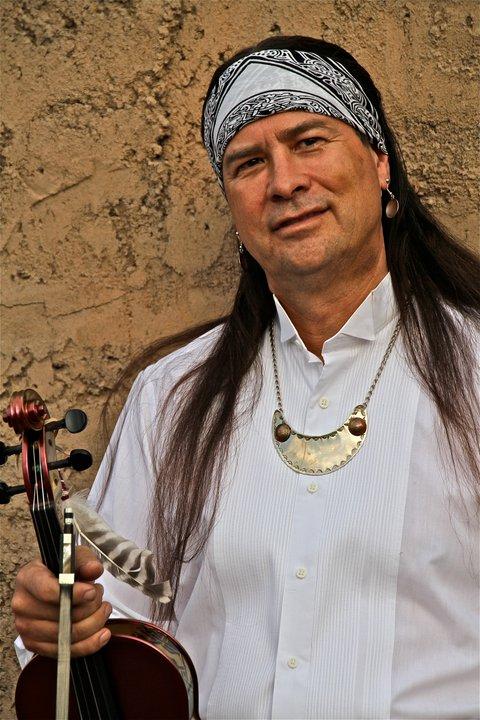 Award-winning violinist and Celtic Fusion recording artist releases original scores to honor the 100th anniversary of the sinking of Titanic.NASHVILLE, Tennessee (January 25, 2012) -- On the night of April 14, 1912, the passenger liner RMS Titanic struck an iceberg on her maiden voyage and sank on April 15, resulting in the deaths of 1,517 people, making it one of the deadliest peacetime maritime disasters in history. On the 100th anniversary of that tragic event, world renowned violinist Arvel Bird pays tribute to the “unsinkable” ship and honors the survivors and those lost in a powerful new album Titanic Centennial: Commemorative Special Edition. In Titanic Centennial, Bird has created an hour-long musical journey dedicated to the passengers, crew and musicians aboard RMS Titanic in April 1912.Titanic Captain Edward Smith, the radiomen, bandleader Wallace Hartley and a host of others who sailed on that fateful voyage come to life in a powerful, musically cinematic and an emotionally riveting performance that will immerse the listener in the sights and sounds of the tragic events in the North Atlantic in 1912. The album features eight original compositions, including a beautifully haunting violin solo and soul-stirring “a cappella” vocal song, along with three popular previously released songs. The album includes a 20-page booklet with factual stories and historic pictures of the people and the mighty ship Titanic. No doubt, this is Bird’s finest work to date.“Titanic is one of the most emotional albums I’ve ever recorded,” said Arvel Bird. “I felt like an actor preparing for each new role with each composition I wrote. Bandleader Wallace Hartley and three band members, for example, continued playing and doing what they loved best until the very end, comforting the distraught passengers. I hope that I would have been that brave and done my best to keep the scared passengers calm, but no one knows for sure until they’re in that situation. The music created an exciting range of emotions in me, and the studio musicians on the album experienced the same emotions in their performance of the scores.” Traditional songs that were performed on the Titanic, “Nearer My God to Thee” and “Songe D’Automne,” are beautifully woven throughout the original arrangements “Adrift in the Dark” and “Over the Airwaves.” In “Fire & Coal,” the Celtic violin melody pounds out a swift, lilting beat, in rhythm with the speed and intensity with which the 177 firemen and stokers worked to shovel 630 tons of coal a day to keep Titanic moving at her optimum speed. “Over the Airwaves,” begins with melodic Morse Code, recreating the frantic distress signals tapped by Marconi wireless operator Jack Phillips in attempt to summon help from passing ships. This Collector’s Item CD, on the Singing Wolf Records label, includes a 20-page booklet of fascinating, factual stories and pictures to follow along on the voyage as the music unfolds. The booklet was developed by Pat Cummins, an authority on Titanic history and of the only known photos taken aboard Titanic by Father Francis Browne, who disembarked the Titanic in England, before it began crossing the Atlantic.About Arvel Bird: Celtic fusion recording artist, Arvel Bird, is known around the world for his dramatic connection between Celtic and Native American traditions, creating a musical experience that audiences love. Dubbed “Lord of the Strings” by fans and music critics, his music evokes the soul of North American history and is thoroughly entertaining, but also enlightening and humanizing. In a language and experience that captures the hearts and imagination of all audiences, he’s emotional without being condescending, intellectual without being pretentious. One measure of any art form is when the medium is so mastered that it becomes transparent, allowing its message to be seen, heard and felt. Arvel Bird has achieved that mastery. Bird's 20 CDs and 2 DVDs reflect his continuously evolving music which is delighting audiences worldwide, and has earned him numerous music awards -- from Best Instrumental Album and Best Producer/ Engineer (with Grammy-winning producer Tom Wasinger and Nashville engineer Chas Williams) Tribal Music Suite: Journey of a Paiute, to Artist of the Year and Best Contemporary Album in Canada and the United States.For more information about Arvel Bird, visit www.arvelbird.com. His music is available on his website or through Amazon.com, iTunes, and many other online sources. Bird enjoys interacting with his many fans on his social media sites: Facebook: www.facebook.com/thearvelbird; Twitter: www.twitter.com/arvelbird; and Myspace: www.myspace.com/arvelbird.For More Information: Photos and videos are available. Song samples are available at www.titaniccentennialmusic.com. Media, music reviewers and radio stations should contact Jody Roberts at jody@nativespiritpublicrelations.com for CDs or downloadable MP3s of the Titanic album.Jody Roberts Native Spirit PR & Entertainment 2447 South Taylor Road Cleveland, OH 44118 216-798-3349 jody@nativespiritpublicrelations.com

04-25-2018 | Leisure, Entertainment, Miscel …
ethereum Sweepstakes
Ethereum Sweepstakes Early Bird Draw Deadline Approaching
Ethereum Sweepstakes the first Blockchain Sweepstakes offering a potential Jackpot worth $1,000,000,000. Ethereum Sweepstakes uses a smart contract and the blockchain to guarantee fair play and guaranteed winners. London, England, April 25, 2018 -- Ethereum Sweepstakes Early Bird draw on May 1 is fast approaching. Don’t miss out on this bonus opportunity to win 20 Ether with a current estimated value of almost $13,000. This bonus draw is in addition to monthly bonus
10-13-2017 | Tourism, Cars, Traffic
CEE Aviation Conference and Business Consulting Ltd.
CEE AVIATION CONFERENCE 2017 - EARLY BIRD REGISTRATION
The CEE Aviation Conference 2017 will cover the latest industry news and updates, current technologies and future trends of the aviation sector. We also aim to analyze airline and airport business development strategies in the CEE region, all while providing business networking opportunities for guests, sponsors, speakers and the media. Taking place 21-22 November in the Danubius Hotel Gellért in Budapest, Hungary, the conference features Great Speakers confirmed at the conference: Mr
05-02-2017 | Advertising, Media Consulting, …
Researchbeam
Global Bird Food Market Research Report 2017
Research Beam added a report on “Global Bird Food Market Research Report 2017 - Bird Food Industry Research, Analysis, Technology, Growth, Demand, Report, Trends and Forecast” Report splits global into several key Regions, with production, consumption, revenue, and market share and growth rate of Bird Food in these regions, from 2012 to 2021 The Bird Food Market Research Report is an extensive study of the current market trends and growth prospects of
08-01-2011 | Tourism, Cars, Traffic
HitchHiker GmbH
New HitchHiker service partner: Bird Information Systems
Everyone who has own airfares or has negotiated fares, knows that the efficient administration of net fares is a challenge. Depending on the amount and complexity of the tariffs, companies load and manage their fares themselves or outsource this service. HitchHiker’s visualFares Entry is a professional fare loading and distribution tool used by many international customers for more than 15 years. The application can be utilised internally or through a
09-22-2010 | Tourism, Cars, Traffic
Borneo Highlands Resort
Sarawak Bird Race 2010
Sarawak Bird Race 2010 Introduction The Bird Race returns for the 3rd time with more activities and plenty of fun. Dubbed the Sarawak Bird Race 2010, this year bird race is on a bigger scale with the tagline “From the Sea to the Mountain”. The Bird Race is jointly organised by Borneo Highlands Resort (BHR) together with Malaysian Nature Society (MNS) aiming to promote the love and appreciation of nature including birds’
08-30-2007 | Industry, Real Estate & Constr …
Bird-B-Gone, Inc.
Bird-B-Gone Keeps Birds Off Bridges
Bird•B•Gone, Inc. Bird Control Products keep Pest Birds off of bridges nationwide. Bird•B•Gone, is the leading manufacturer of bird control products in the US. Their products humanly deter pest birds such as pigeons, seagulls and crows from buildings, structures, bridges, highway overpasses and other areas they like to nest and roost. Bruce Donoho owner of Bird•B•Gone, Inc. says bridges make a perfect nesting and roosting area for birds such
Comments about openPR
We publish our press releases on openPR.de because we like people who are "open" - just like us.
Frank Obels, CEO, INCONET - Informationssysteme, Communication und Netzwerkberatung GmbH