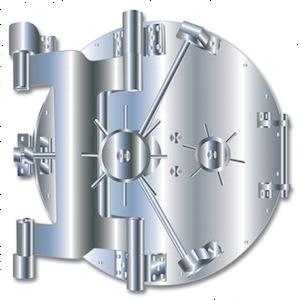 This Monday, the 30th of November, the Council of the European Union is set to decide on the controversial issue of giving the United States of America access to so called SWIFT banking data. This is an issue that has been under preparation for a couple of years and aims at enhancing the odds of tracking down and countering potential terrorists and terrorists acts through the coordination of this data between the EU and the US, and would give the US virtually automatic access to personal bank details of millions of citizens without any European oversight.Traditionally an area of exclusive competence for the Council, the Lisbon Treaty is about to alter the playing field quite radically, as it substantially enhances the role of the European Parliament (EP) to an equal partner in co-decision. Liberals though fear that the Council may try to play tricks in order to pass it without ‘unpleasant’ Parliament input. The Lisbon Treaty will namely not enter into force before the 1st of December – i.e. one day after the set vote in the Council.ELDR Party President Annemie Neyts concludes that “Although not yet formally in force, the Lisbon Treaty has now been agreed upon and therefore should be respected. Making decisions that affect millions of European citizens with a hidden agenda and only one day before the Treaty enters into force is hardly what could be expected from EU leaders”.She is echoed by the President of European Liberal Youth (LYMEC), Aloys Rigaut: “This date has not been set by chance. It is just one day before the treaty comes into force, which will precisely give co-decision powers to the EP on the issue. This is simply unacceptable! The agreement will have a huge impact on the privacy on almost all EU citizens and it thus definitely requires a transparent and democratic debate in the EP. Together with Parliament’s political leaders, we therefore strongly call on the Justice and Home Affairs Ministers to put the point off their agenda next Monday. Waiting one day should not be that difficult for them, unless naturally they fear the voice of Europe’s citizens”.LYMEC Vice President Alexander Plahr further adds: “The proposed procedure is outrageous, both in content – giving away our privacy without any safeguards – as in style – doing it in a way to avoid Parliament having a say. As Thomas Jefferson once put it: “those who desire to give up freedom in order to gain security will not have, nor do they deserve either one”. Therefore we strongly oppose any kind of agreement between the United States of America or other third countries and the European Union which would grant automatic access without judicial oversight by a European judge. No automatic transfer of our data!”.The European Liberal Youth, abbreviated as LYMEC, is a pan-European youth organisation seeking to promote liberal values throughout the EU and particularly through and as the youth organisation of the European Liberal Democrat and Reform Party (ELDR) and its parliamentary group in the European Parliament (ALDE).Involving about 210,000 members from all across Europe, LYMEC is made up Member Organisations (MO) and Individual Membership (IM) and it is active across the European continent. Our central aim is the creation of a liberal and federal Europe.LYMEC Secretariat Rue Montoyer 31/7 B-1000 Brussels Belgium (EU)Tel: +32 2 237 0146 Fax: +32 2 231 1907Email: office@lymec.eu Website: www.lymec.eu