ZharBiz WaterMicronWorld: Water... The Most Precious Resource Available On The Planet. 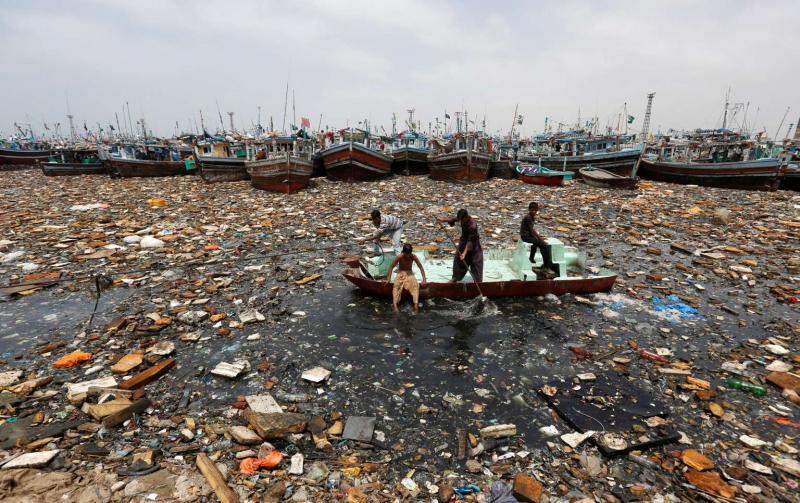 Water pollution is the second most imperative environmental concern along with air pollution. It occurs when pollutants (particles, chemicals or substances that make water contaminated) are discharged directly or indirectly into water bodies without enough treatment to get rid of harmful compounds.Water is, perhaps, the most precious resource available on the planet. For a large amount of life to exist on Earth, access to fresh water is crucial. Despite the fact that water comprises more than 70 percent of the planet’s surface, only about 2.5 percent of this water can be qualified as “fresh.” Water pollution has become a growing concern over the last decade as more and more waste is being disposed of in our oceans, rivers and lakes. Water pollution has adverse consequences for all life forms. The disposal of sewage and domestic garbage in rivers, lakes and oceans is harming aquatic life and causing water borne diseases. Frequent oil spills in oceans kills thousands of birds and fishes every year. Lack of proper treatment facilities and negligence of human beings have made water resources harmful for our use….Here are 30 amazing facts about water pollution that might impress you: Fact 1 : About two million tons of sewage is dumped into the world’s water bodies daily. Annually, 14 billion pounds of garbage containing mostly plastic is thrown into the world’s oceans, causing large-scale destruction of marine life.Fact 2 : Aquatic animals have faced an estimated extinction rate five times more than that of terrestrial animals.Fact 3 : At least 70% of lakes and rivers in China are polluted, and more than half are too polluted for human use. The Yangtze River, China’s largest and the world’s third-largest river, is inundated with approximately 25 billion tons of sewage and industrial refuge.Fact 4 : Water pollution kills around 10,000 people around the world every day – that’s 3.6 million people every year…Fact 5 : At least 320 million people in China do not have access to clean drinking water.Fact 6 : 14 billion pounds of garbage mostly plastic, is dumped into the ocean every year.Fact 7 : The Ganges river in India is one of the most polluted in the world. It contains sewage, trash, food, and animal remains.Fact 8 : 1.3 million gallons of oil is spilled into the ocean every year;Fact 9 : Only 12% of oil that is leaked into the ocean is the result of spills – the rest comes from land.Fact 10 : 80% of the water pollution is caused due to domestic sewage like throwing garbage on open ground and water bodies.Fact 11 : Asia has a maximum numbers of polluted rivers than anywhere else in the world. Most of it contains bacteria created from human waste.Fact 12 : About 700 million people worldwide drink contaminated water.Fact 13 : Aquatic animals have faced an estimated extinction rate five times more than that of terrestrial animals.Fact 14 : There are more microplastics in our oceans than stars in the Milky Way.Fact 15 : 1% of the plastic we use in our daily lives – the equivalent to 700 billion plastic bottles – ends up in the Oceans.Fact 16 : The Great Pacific Garbage Patch, a continent made from plastic trash, is thought to be 386,000 square miles, an area bigger than Texas !Fact 17 : 50% of all sea turtles, 44% of all seabirds, 22% of all cetaceans, and a long list of fish species have already eaten plastics…Fact 18 : Plastics and water pollution kill more than a million seabirds and 100,000 marine mammals every year.Fact 19 : About 10% of America’s beaches fail to meet the federal benchmark for what constitutes safe swimming water.Fact 20 : In the United States there are thought to be over 20,000 known abandoned and uncontrolled hazardous waste sites and these sites could contaminate the groundwater if there is a leak.Fact 21 : Every year, more people die from unsafe water than from all forms of violence, including war.Fact 22 : Currently, about 40% of the world’s population is facing water scarcity and 1.7 billion are living in river basins where water usage exceeds renewal. Without immediate action, by 2025 half of the world’s population will be experiencing a water shortage, and by 2050 one in four people will be living in a country with an insufficient fresh water supply.Fact 23 : There are 400 known ‘dead zones’, or areas deprived of oxygen and devoid of life (area between 1 and 70,000 km²) in the world Ocean: this number has doubled every decade since 1960. Fact 24 : One in 20 adults bathing in water deemed officially “acceptable” (according to current microbial standards) will become ill after a single marine bathing exposure.Fact 25 : Eating infected shellfish causes 50,000 to 100,000 deaths every year.Fact 26 : An estimated 1000 children die every day in India due to polluted water.Fact 27 : Each year 1.2 trillion gallons of untreated sewage, storm-water, and industrial waste are dumped into U.S. waters.Fact 28 : Cruise ships are also a major source of water pollution. They produce over 200,000 gallons of sewage which is mostly released in the ocean. Apart from that, they are also causing at least 35,000 gallons of water contamination due to the oil spill.Fact 29 : 20% of the groundwater in China is used as drinking water which is highly contaminated with carcinogenic chemicals which cause high levels of water pollution.Fact 30 : In America 40% of rivers and 46% of the lakes are polluted and unsuitable for swimming, fishing or any other activity.WaterMicronWorld,Ltd Address: Soi 22 Sukvumvite Rd. Bangkok, Thailand 77110 Contact: +66864505007WaterMicronWorld New Innovative Product, Atmospheric Water Generator Technology provides the freshest, cleanest, and purest drinking water from the air available on the planet today, directly from the same air we breathe. It’s applicable to a wide range of markets. “Our product is a household/office based unit that makes pure drinking water from the air up to 30 liters per day purer than any source on the planet. WaterMicronWorld Atmospheric Water Generators capable of producing 15, 30, 60, 100, 200, 250, 500, 1000, 1,200, 3,000 and up to 5,000 liters in a single day from the air we breathe. “Our strategic plan is to supply pure drinking water for industry applications, e.g. irrigation, aquaculture etc…

You can edit or delete your press release ZharBiz WaterMicronWorld: Water... The Most Precious Resource Available On The Planet. here

08-17-2018 | Energy & Environment
WaterMicronWorld,Ltd
WaterMicronWorld: Venezuela faces a health crisis as Caracas taps run dry..
WaterMicronWorld-Caracas — At one of Caracas’s biggest public hospitals, most bathrooms are closed. Patients fill jugs from a tiny tap on the ground floor that sometimes has a trickle of water. Operations are postponed or cancelled. The Central Venezuelan University hospital, once a Latin American leader, is reeling as taps run dry. "I have gone to the operation bloc and opened the tap to wash my hands, as you must do before
07-04-2018 | Energy & Environment
WaterMicronWorld,Ltd
WaterMicronWorld, Here we are in 2018 without access to Safe Drinking Water in t …
New York: From artificial intelligence and self-driving cars to breakthroughs in medicine and space exploration, the human capacity to transform the world is infinite. Our collective imagination, ingenuity, and resolve are formidable fuel to propel us forward. So how is it that, in 2018, there are still more than 2.4 billion people—six times the U.S. population—without access to safe water or the basic human dignity of a toilet? Why does a child
07-02-2018 | Energy & Environment
WaterMicronWorld,Ltd
Portugal Company GreenImpact.Pt shall partner with WaterMicronWorld,Ltd
WaterMicronWorld, the Manufacturer and Supplier of Atmospheric Water Generators, has announced that it is planning a light assembly facilities within the European Regions. The firm says that it is the world’s largest supplier of Atmospheric Water Generators (AWGs), a technology based on producing water from the ambient humidity in the air. “Currently the European Regions has every low recoverable fresh water resource, with only 3 cu per km. At the Earth
06-27-2018 | Energy & Environment
WaterMicronWorld,Ltd
WATERMICRONWORLD SHALL INTRODUCE PORTUGAL, WORLD'S FIRST ATMOSPHERIC WATER GENER …
WaterMicronWorld will launch the next generation of multi-functional atmospheric water generators (AWG). Robert Rainman said, "We are very excited about the introduction of our 'utility model,' a multi-functional 6 in 1 machine, which will not only produce pure drinking water, but will also perform as an air conditioner, heater, dehumidifier, air purifier and water purifier. The AWG Technology can be used year-round in all seasons, making it one of the