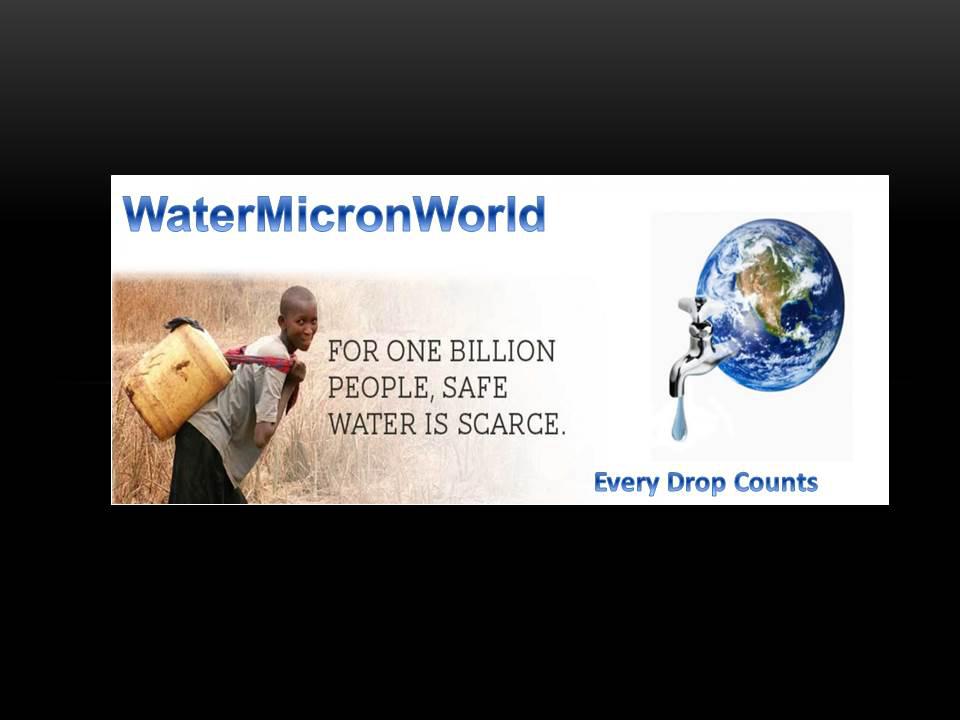 WaterMicronWorld-Caracas — At one of Caracas’s biggest public hospitals, most bathrooms are closed. Patients fill jugs from a tiny tap on the ground floor that sometimes has a trickle of water. Operations are postponed or cancelled. The Central Venezuelan University hospital, once a Latin American leader, is reeling as taps run dry. "I have gone to the operation bloc and opened the tap to wash my hands, as you must do before a surgery, and nothing comes out," said gynecologist Lina Figueria. Water cuts are the latest addition to a long list of woes for Venezuelans hurting from a fifth year of an economic crisis that has sparked malnutrition, hyperinflation and emigration. Malfunctions in the capital’s water network due to lack of maintenance have taken a turn for the worst in recent months, depriving many in this city of 3-million people of regular running water. When the water comes on, we have to run Mariangela Gonzalez, university professor and Catia resident Caracas is nestled in a verdant valley perched at about 900m and its water is pumped from much lower sources. But the pumps have not been maintained, spare parts are scarce and President Nicolas Maduro’s administration is short of cash. "For many years this deterioration process was not noticeable. But now the water transport systems are very damaged," said Jose De Viana, former president of Hidrocapital, the state-run utility in charge of Caracas’ water supply. Venezuela’s socialist government typically says water cuts are due to sabotage by right-wing "terrorists". Information Minister Jorge Rodriguez in July announced a "special plan" to fix the issues, but did not provide details. The information ministry and Hidrocapital did not respond to a request for information. Lack of water — and taps that sometimes spurt out brown liquid — have triggered health concerns in a country lacking basic antibiotics and vaccines. About 75% of Caracas residents said they do not receive water regularly, according to a survey published by two Venezuelan nongovernmental organisations this month. About 11% said they thought dirty water had caused skin and stomach problems. The survey does not have comparative figures. Medical consequences are hard to gauge as the health ministry no longer releases weekly data, but doctors say scabies and diarrhoea are on the rise. Water shortages have also made some basic daily activities untenable. Poor residents say they take fewer showers. In the low-income neighbourhood of Catia, university professor Mariangela Gonzalez has 127 bottles, gas containers and pots clogging the entrance to her house. "When the water comes on, we have to run," said Gonzalez. ReutersThe WaterMicronWorld, Ltd is applicable to a wide range of markets. “Our launch product is a household/office based unit to make water from air from 15 to 30 liters per day purer than any source on the planet. WaterMicronWorld™ also manufactures large industrial Atmospheric Water Generators capable of producing 60, 100, 160, 200, 250, 500, 1000, 1200, 3,000 and up to 5,000 liters in a single day”.WaterMicronWorld,Ltd PRACHUABKHIRIKHAN,THAILAND 77110 Robert Rainman watermicronworld@asia.com

You can edit or delete your press release WaterMicronWorld: Venezuela faces a health crisis as Caracas taps run dry.. here

07-16-2019 | Energy & Environment
WaterMicronWorld,Ltd
ZharBiz WaterMicronWorld: Water... The Most Precious Resource Available On The P …
Water pollution is the second most imperative environmental concern along with air pollution. It occurs when pollutants (particles, chemicals or substances that make water contaminated) are discharged directly or indirectly into water bodies without enough treatment to get rid of harmful compounds. Water is, perhaps, the most precious resource available on the planet. For a large amount of life to exist on Earth, access to fresh water is crucial. Despite the
07-04-2018 | Energy & Environment
WaterMicronWorld,Ltd
WaterMicronWorld, Here we are in 2018 without access to Safe Drinking Water in t …
New York: From artificial intelligence and self-driving cars to breakthroughs in medicine and space exploration, the human capacity to transform the world is infinite. Our collective imagination, ingenuity, and resolve are formidable fuel to propel us forward. So how is it that, in 2018, there are still more than 2.4 billion people—six times the U.S. population—without access to safe water or the basic human dignity of a toilet? Why does a child
07-02-2018 | Energy & Environment
WaterMicronWorld,Ltd
Portugal Company GreenImpact.Pt shall partner with WaterMicronWorld,Ltd
WaterMicronWorld, the Manufacturer and Supplier of Atmospheric Water Generators, has announced that it is planning a light assembly facilities within the European Regions. The firm says that it is the world’s largest supplier of Atmospheric Water Generators (AWGs), a technology based on producing water from the ambient humidity in the air. “Currently the European Regions has every low recoverable fresh water resource, with only 3 cu per km. At the Earth
06-27-2018 | Energy & Environment
WaterMicronWorld,Ltd
WATERMICRONWORLD SHALL INTRODUCE PORTUGAL, WORLD'S FIRST ATMOSPHERIC WATER GENER …
WaterMicronWorld will launch the next generation of multi-functional atmospheric water generators (AWG). Robert Rainman said, "We are very excited about the introduction of our 'utility model,' a multi-functional 6 in 1 machine, which will not only produce pure drinking water, but will also perform as an air conditioner, heater, dehumidifier, air purifier and water purifier. The AWG Technology can be used year-round in all seasons, making it one of the