IT Managers are Inundated with Cyberattacks from All Directions and Struggling to Keep Up, According to Sophos Global Survey 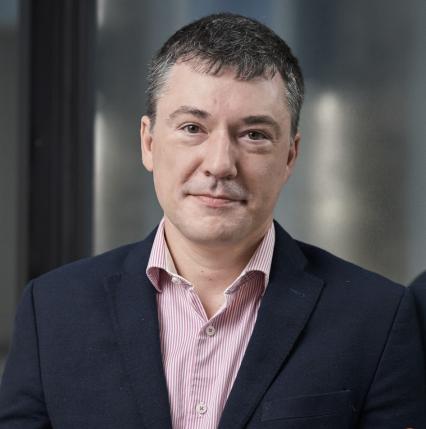 You can edit or delete your press release IT Managers are Inundated with Cyberattacks from All Directions and Struggling to Keep Up, According to Sophos Global Survey here

04-30-2018 | Leisure, Entertainment, Miscel …
First Edition Design Publishing
FED Publishing Releases New Book, "The Millionaire Within" by Walter Wisniewski …
The Millionaire Within, by Walter Wisniewski and Allison Vanaski, will help you get out of the way of yourself when it comes to being more successful with your own money. Smithtown, NY, USA -- Walter Wisniewski and Allison Vanaski's The Millionaire Within will show how people tend to succeed or fail with their finances based on their perceptions, behaviors and biases about money, not because they choose the right stocks at
02-02-2018 | Media & Telecommunications
Trade Press Media Group
New Owner for FacilitiesNet, NFMT Conferences, Related Magazines
Trade Press Media Group Inc (TPMG), a 103-year-old business-to-business media company, has been acquired by FORUM MEDIA GROUP, headquartered in Merching, Germany. While TPMG CEO and owner Bob Wisniewski is retiring, all other employees remain with the company, which will continue to operate out of Milwaukee. “After almost 30 years as CEO and owner, I’m excited and pleased to turn over control of our company to FORUM MEDIA GROUP,
01-28-2016 | Arts & Culture
GDT - Society of German Wildlife Photographers
Fritz Steiniger Prize: GDT honours Stephen Dalton for pioneering work in the fie …
Within the framework of the international nature photography festival, the GDT honoured British photographer Stephen Dalton with the Fritz Steiniger Prize for his contribution to nature photography. The results of his experiments in high-speed flash photography and his subsequent publications were landmark events in the world of photography and caused a great stir worldwide. Stephen Dalton (GB) Stephen Dalton (born in 1937) has been enthusiastic about nature and photography already at a
08-09-2011 | Business, Economy, Finances, B …
GRAPA
GRAPA Announces Revenue Assurance Professional Advocacy Committee
Advocacy Committee to play transformative role in the prestige and perception of revenue assurance within telecoms. As the culmination of a 5 year plan for the fundamental transformation and rejuvenation of the revenue assurance profession, GRAPA (the Global Revenue Assurance Professional Association) announced the creation of a Revenue Assurance Professional Advocacy Committee’s (RAPAC). This advocacy committee is dedicated to protecting and enhancing the professional reputation of the exceptional individuals who perform an
08-09-2011 | Business, Economy, Finances, B …
GRAPA
Expanded Onsite Availability: GRAPA Certified Faculty, Telecoms Risk Officer Cur …
Louis Khor completes 2-year Faculty Certification to teach GRAPA's Revenue Assurance Foundations and Telecoms Risk Officer Curriculum With constant demand from GRAPA''s membership for certification training that is customized to specific organizations, GRAPA is proud to announce an improved faculty capacity. The certification of Louis Khor as a Senior Lecturer enables him to teach GRAPA''s expanded Telecoms Risk Officer and Revenue Assurance Foundations curricula. The growing demand of organizations looking to certify
Comments about openPR
I can't but agree to the positive statements about your portal: easy to use, clear layout, very good search function, and quick editing!
Jens O'Brien, Borgmeier Media Communication