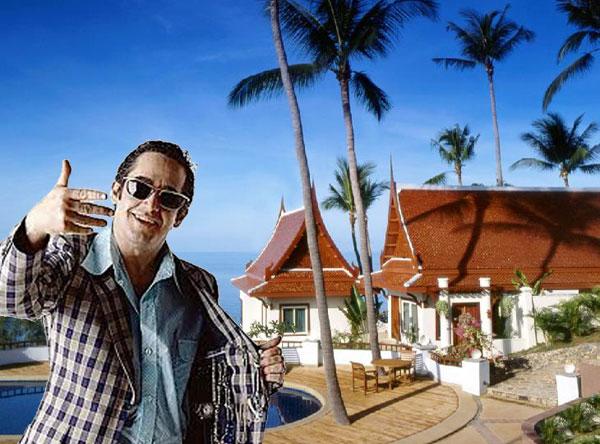 Phuket, Thailand: Officials in Phuket have unveiled a new ‘task force’ whose purpose is to investigate timeshare property companies operating on the Island.The new multi-agency team is made up of officials from the Tourist Police, Royal Thai Police, Provincial Police, Public Prosecutors Office, Provincial Office and Patong Municipally. They will focus on busy tourist areas, such as Patong, where timeshare touts are most prolific.“It’s a big problem. Tourists book holidays with timeshare companies, but when they arrive in Patong, the companies don’t have any hotel rooms for them to stay in. That is destroying our tourism reputation,” said Vice Governor of Phuket, Somkiet Sangkaosutthirak.Supporting the new task force was Patong Deputy Mayor, Chairat Sukkaban, who opined that there were three different types of time share companies operating in Phuket.“There are genuine timeshare companies that are registered and have their own offices, such as the operation run at the JW Marriott Resort & Spa in Mai Khao. But there are also people who rent hotels and properties for only a couple of years, but then offer client’s use of the properties over ten to thirty years. That’s cheating. Third are companies that don’t have anything at all, but they tell their clients that they have got everything for them,” said the Deputy Mayor.“Many of these operators set up companies and sell anything they can, making anywhere from one hundred to five hundred million baht. They then close their companies and run away. Later they open a new timeshare company, because it is easy to open such companies in Thailand, and cheat people all over again. It is damaging our tourism.”“Before issuing any work permits for such companies, the Department of Employment needs to look in detail at such operators, such as checking whether they have their own properties and offices,” he added.But it seems the timeshare touts aren’t just targeting foreign tourists.Already this year thirty Thai’s have filed complaints at the Damrongtham Centre in Provincial Hall in Phuket Town.Complaints were also made against more than one hundred foreigners, allegedly selling timeshares without work permits. Photographs and details of the workers were submitted as evidence.The new task force is expected to officially start investigations by October. Just in time for Phuket’s next high season.Rebecca Smith Phuket Ocean Villas - http://www.phuketoceanvillas.comArticle source... http://blog.phuketoceanvillas.com/phuket-clamps-down-on-timeshare-property-touts/Rebecca Smith is a real estate journalist with more than 15 years experience. She is currently the sales director for Phuket Ocean Villas (http://www.phuketoceanvillas.com) who specialise in luxury ocean view property in Phuket, Thailand.Phuket Ocean Villas Co. Ltd. 149/12 Srisoonthorn Road, Cherngtalay, Thalang, 83110, Phuket, ThailandTel: +66 76 527 565 Fax: +66 76 527 564Email: info@phuketoceanvillas.com Web: http://www.phuketoceanvillas.com

03-16-2020 | Leisure, Entertainment, Miscel …
Phaya Naak
Phaya Naak Announces the First English Version of its Best-Selling Thai Conversa …
The independent publishing house Phaya Naak, which has sold over 5,000 guide books from French into Southeast Asian languages, has decided to go international by offering English speaking travelers a series of funny yet useful conversation guides. Nong Khai (Thailand) and Paris (France) - March 16, 2020 - Phaya Naak is an independent publishing house created in 2014 in Nong Khai, a city in Northeast Thailand. It is now releasing the
01-28-2019 | Advertising, Media Consulting, …
Market Research Store
Global Insurance Market Top player 2018 - AIA, Prudential, Great Eastern, AXA, A …
Global Insurance Market Report 2018 includes a total amalgamation of assessable trends and predicting analysis. This Insurance analysis offers an approach for a large number of clients. Employing accredited global Insurance market data resources together with various practices and tools to successfully get and study information, our accredited group of analysts, researchers, and advisors has obtained extra efforts in calling the global sector. The Insurance report suggests that the newest
08-14-2017 | Business, Economy, Finances, B …
Fior Markets
Global Insurance Market 2017 - Allianz, Muang Thai, Prudential, Thai Life, Manul …
The report studies Insurance in Global market Professional Survey 2017 : Size, Share, Trends, Industry Growth, Opportunity, Application, Production, Segmentation, Cost Structure, Company Profile, Product Picture and Specifications during the Forecast period by 2022 Global Insurance Industry 2017 is a comprehensive, professional report delivering market research data that is relevant for new market entrants or established players. Key strategies of the companies operating in the market and their impact analysis have
09-08-2016 | Advertising, Media Consulting, …
Sapporo Mercantile Exchange
SRMEX Will Launch Mini Thai Baht Futures
Innovative contract is one-tenth the size of regular SRMEX Thai Baht Futures contract. Smaller size provides cost-effective hedging and arbitraging tool for retail remitters, SMEs and investors Sapporo, 2016 - SRMEX, a key institution of the domestic financial market, an exchange that provides various economic entities with an opportunity to trade in an open market and offers investors effective investment opportunities, today announced that in a bid to further expand the
09-18-2012 | Fashion, Lifestyle, Trends
Press Club Hanoi
Tempting Thai Cuisine at Press Club
Hanoi, Vietnam- From the light and aromatic soups of the coast, to the fresh and spicy salads of the north, to the rich and colourful curries of the south, the exquisite flavors of Thailand are in the spotlight this month. From October 22 to 28, the Press Club Bar Lounge will be adding some heat to Hanoi's cool autumn weather with 'Tastes of Thailand', a mouthwatering menu showcasing some of
01-14-2012 | Tourism, Cars, Traffic
Siam Hotels & Resorts
Sukosol Group Supports Thai Flood Victims
The Sukosol Group has joined hands with the Thai Red Cross Society and UNICEF to provide emergency help and support for flood victims in Thailand through the donation of Baht 1,411,000 in much-needed funds. The money was given to the Thai Red Cross Society’s Relief Communities Help Bureau to provide “Assistance to individuals and families affected by disaster, enabling them to resume their normal daily activities independently as soon
Comments about openPR
We publish our press releases on openPR.de because we like people who are "open" - just like us.
Frank Obels, CEO, INCONET - Informationssysteme, Communication und Netzwerkberatung GmbH