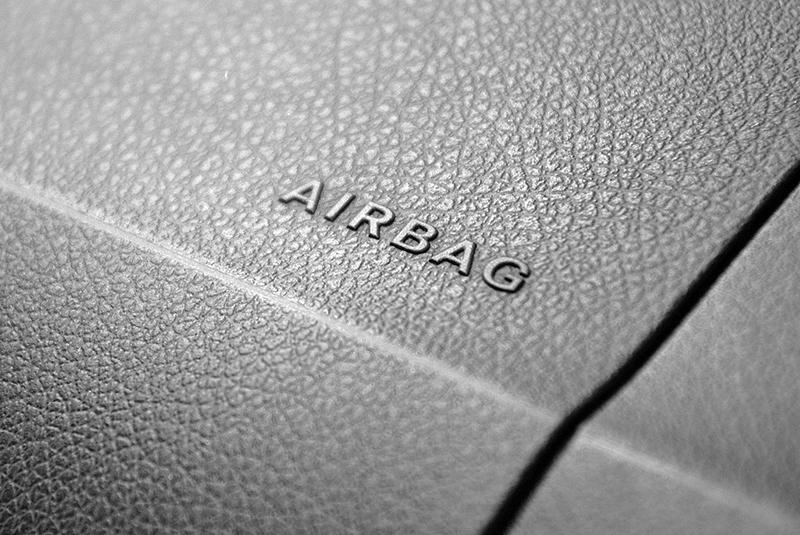 CAS DataLoggers provided the data acquisition solution to an automotive manufacturer in a real-time Hardware-in-the-Loop (HIL ) automotive test simulation application for their airbag electronic control units (ECUs). Airbag test is a common HIL application in automotive ECU testing & development to ensure that components function properly and are up to specification. Here a particular airbag ECU is the H (hardware) under test in the loop. This device governs airbag deployment, so only after rigorous testing can it be approved for production and use in actual driving conditions.

In HIL test applications, individual components are the Device Under Test (DUT) while the rest of the automobile is absent but simulated mathematically. The DUT interacts with all simulated subsystems during the test. In this case, the airbag ECU under test uses a Serial Peripheral Interface (SPI) to communicate. However, SPI is not an all-inclusive standard but is handled differently for each individual application.

The lead test engineer wanted a control system to customize the required SPI slave interface in order to ensure that the chip is performing to specification (i.e. able to handle actual road conditions). His test engineers also needed a system which could quickly compile test programs for faster application development—they were tired of relying on systems that took two to three hours to compile!

The lead test engineer contacted the North American ADwin distributor, CAS DataLoggers, who supplied an ADwin-Pro-II Data Acquisition and Control System. This system is installed within a control cabinet in the automotive test lab, fulfilling the need for connection to the airbag ECU, for current stimulation to accelerometer sensors, and for SPI interface simulation.

ADwin is widely used in automotive ECU testing applications and for test stand data acquisition and control. Using the ADwin system, users can acquire the analog/digital signals and I/Os of the ECU under test, while the timing of all signals and messages can be evaluated online at microsecond accuracy with an I/O response time of 1 microsecond. The system’s sample rate is on an order of 100kHz aggregate, to 1.25 MHz per channel. In this way, users can accurately and thoroughly test the ECU. The ADwin is also equipped with a local processor with its own real-time operating system running independently from a Windows PC so that it will continue to run even if the PC crashes.

Since SPI sensors don’t share a common SPI standard, simulation must be handled individually. The customer provided CAS DataLoggers with the data sheet for their particular ECU. ADwin’s German manufacturer, Jager-ADwin, used this information to customize an ADwin PRO-II system to generate the SPI slave interface for this application. Through ‘Master Out Slave In’ or MOSI, the ECU provides the clock and sends commands to the ADwin which then sends the ECU a given acceleration value in 10-bit resolution as the desired answer. The ADwin includes all signals on the SPI interface into the ECU test run.

Here the ECU’s onboard high-g acceleration sensors are surface-mounted on the airbag ECU itself to detect a crash event. Each of these micromechanical sensors are connected to the ADwin, one per analog channel. These single-channel sensors are based on a digital 16-bit SPI interface. During real-world use, these sensors deploy the airbag by detecting the deceleration of the automobile during a crash event.

The ADwin-PRO-II’s outputs stimulate the DUT using analog signals and control the acceleration value each sensor receives, which the PRO-II then measures and records. Acceleration is relatively easy to simulate using an ADwin system, which greatly simplifies this HIL automotive ECU testing application.

The PRO-II control system produces the acceleration signal via current stimulation to the ECU’s inputs with a current of varying amount. This acceleration value determines whether the airbag deploys or not. In this case, the particular airbag has a 2-ohm resistance. Every current administered below 500mA is considered to be a test current, used to test varying aspects of performance, for example, if the airbag is mounted properly, etc. In contrast, current above 5 amps is termed the ‘explosion current’ and this verifies if the airbag itself is deploying properly, as it should in a real crash event.

Additionally, the ADwin simultaneously monitors the tested ECU’s outputs and evaluates them online via Ethernet in order to verify whether the stimulation and the ECU’s response correspond to the specifications. ADwin also generates a CANbus simulation, simulating the car’s CANbus network so that the ECU doesn’t go to sleep.

Users have discovered that the ADwin’s fast compile time greatly speeds application development. Before using ADwin, test engineers had to wait hours after programming their application—now with ADwin is finished in seconds!

Versatile Communications
ADwin offers test applications a variety of communications options including connection to a PC via Ethernet (USB optional) to begin the test run and exchange results. As mentioned, ADwin can also interface with CANbus. If users require standalone operation, an available boot option allows for fully-functional operation independent of a PC or external computer.

The ADwin software directly connects with Windows without risk of OS crashes and lockups. This software can be used under Windows and LINUX or as a stand-alone data acquisition system. Users are free to develop their test stand application with a full set of available drivers (VB, VC/C++, LabVIEW, TestPoint and more) enabling full integration with other applications and programming languages including MATLAB and SimuLink.

The test team’s automotive ECU testing and development significantly benefitted from the ADwin data acquisition and control system. Here a single test system–the ADwin-Pro-II—simulates the ECU’s specification by customizing the SPI interface, stimulating the ECU test unit, and measuring the acceleration response. Whether for hardware-in-the-loop tests or other test stand applications, ADwin offers high speed I/O, processing and flexible communications. Before installation, the lead engineer used to return from lunch to find that programs had not yet been compiled or had errors, but with the PRO-II system, compiling is finished in moments. This all leads to a
thoroughly-tested component which in turn leads to improved airbag safety and a more reliable automobile.

For more information on the ADwin Pro II Data Acquisition and Control System, automotive ECU testing or to find the ideal solution for your application-specific needs, contact a CAS DataLogger Application Specialist at (800) 956-4437 or www.DataLoggerInc.com.

We have the industry’s most complete selection of data logging equipment, with hundreds of different models from more than 18 manufacturers. With data loggers from 1 to 300 channels we can record temperature, humidity, force/strain, pressure, flow, voltage, current, resistance, vibration and other digital signals, in connection with serial (RS-232/RS-485), CAN/OBD or SDI-12 devices. We sell directly to end users and also work through a network of distributors and resellers throughout the United States, Canada, Central and South America.

07-19-2021 | Industry, Real Estate & Constr …
CAS Dataloggers
New ProfiSignal 20 Software Package From Delphin
CAS is pleased to announce the new ProfiSignal 20 (PS20) software package from Delphin Technology. This software provides platform independence by allowing data collected with Delphin data acquisition systems to be visualized and analyzed on a PC, tablet, or smartphone. ProfiSignal 20 is available in several versions depending on the application requirements. The “Go” version can be used for quick visualization, monitoring, and archiving of measurement data. It includes configurable single
03-19-2021 | Industry, Real Estate & Constr …
CAS Dataloggers
CAS Reaches Over 600 COVID-19 Vaccine Monitoring Kits Shipped!
Since the rollout of COVID-19 Pfizer and Moderna vaccines at the end of December 2020, CAS has been hard at work meeting the demand for vaccine temperature monitoring kits. This demand has only increased with the addition of the Janssen/Johnson & Johnson vaccine and the expansion of vaccines available to the general public in the United States. As of Monday, March 15th, 2021, CAS has now shipped over 600 COVID-19
11-09-2020 | Industry, Real Estate & Constr …
CAS DataLoggers
New Wireless IoT ProfiSens Series from Infinite Informatics
New ProfiSens Wireless IoT Series from Infinite Informatics CAS DataLoggers is pleased to introduce the new AERINOS ProfiSens wireless IoT series from Infinite Informatics. The series includes a family of wireless sensor nodes and a cellular Data Gateway which forwards data and sends SMS alarm messages. Using ProfiSens, you can deploy anywhere using your own IoT network. The ProfiSens series includes the following components: ADU-700: Low power data concentrator with a cellular modem ADS-101:
09-22-2020 | Industry, Real Estate & Constr …
CAS Dataloggers
New NXprog Programmable I/O Module from Novus
We are pleased to announce the new DigiRail NXprog from Novus Automation. The NXprog unites the best of both worlds: the reliability and robustness of an industrial device for automation applications with the ease of programming from the Arduino community. It provides a rich mix of integrated analog and digital I/O signals, allowing DigiRail NXprog to be used as an extension of standard data logging, data acquisition, and automation systems,