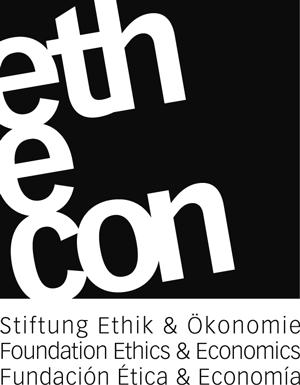 BP's obduracy underscores the validity of the International ethecon Black Planet Award 201012 months after the disaster in the Gulf of Mexico BP has obviously still not changed its way of thinking. The accountable executives, board chairman C. H. Svanberg and CEO Dudley want to get back to business as usual as soon as possible. They do their best to give the impression that the disaster has been sufficiently mastered.With their scandalous conduct, BP unintentionally underscores the validity of the International ethecon Black Planet Award, which was bestowed on the accountable managers and the major shareholders in name in November 2010 and presented physically at the shareholders meeting on April 14, 2011. Neither Svanberg, Dudley nor any other official representative of the company was gracious enough to personally accept the censure prize during the meeting in the ExCeL-Center in London's Docklands. Instead, they let the trophy be snatched up by security forces in an unguarded moment after the presentation speech by ethecon representatives Lydia Will and Anabel Schnura. Despite the fact that he is a registered shareholder, ethecon's chairperson was refused entry even before the meeting began, as was a delegation of US Fisherman from the Gulf of Mexico. Diane Wilson, US-Activist and ethecon Blue Planet Award winner in 2006, was even arrested.During the explosion of the oil rig Deepwater Horizon on April 20, 2010 eleven workers were killed. The biggest maritime oil disaster in the history of mankind ran its course. Millions of liters of oil flowed unhampered into the Gulf of Mexico. An emergency plan was not existent. Instead, highly toxic dispersants were pumped into the environment in order to eliminate pictures of the oil spill from newscasts as soon as possible.On occasion of the anniversary of the disaster, protests are taking place in London, the USA and elsewhere, calling BP to assume its responsibility for all damage caused in the USA. ethecon - Foundation Ethics & Economics stands on the side of the victims and in solidarty with the worldwide protest movement. Axel Köhler-Schnura, non-salaried chairperson of the ethecon Foundation: "It is a huge scandal, that one year after the disaster, BP does not meets its obligations in full for the settlement and the rectification of the damage occurred in the Gulf of Mexico; that the people responsible for this gigantic environmental destruction, for the damage to the health of Gulf residents and for the destruction of the livelihood of Gulf fishermen not be taken to court. Instead, the company tries to suppress all criticism, refuses registered shareholders admission to its shareholders meeting and announces in the name of company profits new, environmentally dangerous projects."ethecon shows in an extensive Dossier hows BP systematically puts profits before the safety of its employees, before the health of people living near BP plants and before the protection of the environment. At its shareholders meeting, the company proved that it has learned nothing from its mistakes. ethecon therefore asks all of you to write protest emails by means of the foundation's website. There you can also download the campaign leaflet "Stop BP!"."ethecon - Foundation Ethics & Economics" has become well-known primarily through the two awards which the foundation bestows since 2006. The International positive prize, the "Blue Planet Award" honors outstanding efforts to maintain and save the "Blue Planet". Its negative counterpart, the "Black Planet Award", exposes and condemns actions responsible for the ruin and destruction of the "Blue Planet". With its positive prize ethecon honored in past years Diane Wilson/USA (2006), Vandana Shiva/India(2007), José Abreu and Hugo Chávez/Venezuela (2008), Uri Avnery/Israel (2009) as well as Elias Bierdel/Austria (2010). The censure award went to the owners, shareholders and executive management of the following companies: Monsanto/USA (2006), Nestlé/Switzerland(2007), Blackwater (Xe)/USA (2008), Formosa Plastics Group/Taiwan (2009) and BP/Great Britain (2010).In contrast to many corporate, family, church, political and state foundations, ethecon is one of the few foundations empowered by ordinary citizens. There are currently 19 endowment contributors. Following the credo "for a world without exploitation and oppression", it see its mission in its responsibility toward coming generations. The young foundation is financed through endowment contributions, donations and sustaining memberships.ethecon - Foundation Ethics & Economics Wilhelmshavener Str. 60 D-10551 Berlin Germany Phone: +49 - (0)30 - 22 32 51 45 Email: info@ethecon.org Internet: www.ethecon.orgPress contact: Bettina Schneider Phone: +49 - (0)211 - 22 95 09 21 Email: bs@ethecon.org

04-21-2011 | Politics, Law & Society
ethecon - Foundation Ethics & Economics
ethecon awardee Diane Wilson arrested at the BP AGM
ethecon Foundation board member detained at the presentation of the International ethecon Black Planet Award 2010 to accountable BP executives On Thursday April 14 2010, Diane Wilson/USA und Axel Köhler-Schnura were arrested/ detained in London. They had planned to castigate the executive managers and the major shareholders of the BP company by bestowing them with the International Black Planet Award and to read an Open Letter justifying the award.
04-12-2011 | Politics, Law & Society
ethecon - Foundation Ethics & Economics
Black Planet for BP - ethecon Foundation to bestow censure award
On Thursday, April 14, representatives of the ethecon - Foundation Ethics & Economics will present the International ethecon Black Planet Award 2010 to the BP company. The bestowal will occur in London during the first BP shareholders meeting since the oil disaster in the Gulf of Mexico. With the bestowal of its censure prize shortly before the first anniversary of the explosion on the Deepwater Horizon oil rig, ethecon aims
12-03-2010 | Politics, Law & Society
ethecon - Foundation Ethics & Economics
„Radical Humanism“: Elias Bierdel awarded with the International ethecon Blu …
(Berlin) Elias Bierdel /Austria appeared overwhelmed by the presentation of this year´s international ethecon Blue Planet Award. On Saturday, November 20, almost 200 people were present at the Pfefferwerk in Berlin when the former federal minister for Economic Cooperation and Development, Heidemarie Wieczorek-Zeul (SPD) gave an account of how the refugee- and human rights activist was arrested in Italy, thrown into prison and brought before a court. This was for
10-22-2010 | Politics, Law & Society
ethecon - Foundation Ethics & Economics
Blue Planet Award 2010: Former minister Wieczorek-Zeul to give laudation for ref …
In the course of the ethecon annual conference on November 20 in Berlin, the “International ethecon Blue Planet Award 2010” will be presented to the refugee- and human rights activist Elias Bierdel/Austria. The laudatory address will be given by Heidemarie Wieczorek-Zeul, member of the federal parliament (Bundestag) and former federal minister. Elias Bierdel has become well-known as the director and chairperson of the relief organisation „Komitee Cap Anamur/Deutsche Notärzte“ (Cap Anamur/German

04-04-2021 | Arts & Culture
Doulitsa Global media
Healing happens on Planet Nooky - Nooky.life
Planet Nooky was established in 2020 under exquisite Mercy. The mission of Planet Nooky is to create a New space where we can heal in a fun, explorative way, so those of us who have experienced trauma can heal in a new and refreshing way. Amercia Morris Has Done it again with the immense success of her first Self-Published novella Planet Nooky “an extraordinary story” critics have described Planet Nooky as
03-01-2019 | Industry, Real Estate & Constr …
Planet Market Reports
Planet Market Reports
According to Planet Market Reports, The Global Digital Out Of Home Market was valued at USD 16.42 Billion in 2018 and is projected to reach USD 32.02 Billion by 2026, growing at a CAGR of 9.73% from 2019 to 2026. Global Digital Out Of Home Market Analysis Digital Out Of Home media, or DOOH media, refers to digital media that is present in environments that are accessible to the public. Examples of
08-02-2017 | Energy & Environment
Mr Green
Breaking News: Planet 9 Found!
Mr Green, an amateur astronomer from Hampshire UK has reportedly discovered the mysterious ninth planet in our solar system. Astronomers have been searching for what is commonly referred to as Planet Nine for some years now, after a consensus was formed that there must be an additional planet lurking on the outer reaches of our heliosphere. Planet Nine has thus far been referred to as a hypothetical planet, as until now nobody
09-27-2016 | Business, Economy, Finances, B …
Planet of finance
GoodBye E-merging, Hello Planet of finance
E-merging, the social network for wealth management professionals, is proud to announce its new name Planet of finance. Planet of finance has become the largest online community for wealth management professionals with a global reach across 60 countries. Today the organisation is expanding its services to include both private wealth professionals and private individuals, effectively building an online meeting place for the private wealth sector. This rebranding exercise allows Planet
01-26-2012 | Industry, Real Estate & Constr …
BINDER GmbH
Material from another planet
Carbon frames for racing bikes with BINDER technology Carbon comes into play when something has to be extremely lightweight and highly stable. In Grenchen, Switzerland, automated manufacturing is used with the help of BINDER technology to produce carbon frames for racing bikes for the first time ever. In 2011, Australian Cadel Evens won the Tour de France on a BMC racing bike thanks to the enthusiastic support of his team members,
07-01-2008 | IT, New Media & Software
Qube Global Software
Grampian Police select Planet Facilities Management Software
Grampian Police have chosen Planet Facilities Management Software to manage their facilities. Grampian Police are making use of eight modules from Planet including Internet, Health and Safety, Purchasing and Property. Planet is being used to maintain 70 sites across the Grampian regions. Alistair Sinclair, Facilities Manager at Grampian Police commented that “after an extensive review of suppliers, we chose Planet because it provides an easy means of capturing all FM issues
Comments about openPR
OpenPR is clearly structured and remains true to its principle of confining itself to the essential parts. OpenPR has proven to be a very good and reliable partner to our media agency: Within the shortest time the releases are online and go down well with the media representatives. The success of OpenPR is reflected in the steadily increasing number of press releases. It is good that OpenPR exists!
Ursula Koslik, Director Marketing & PR, F+W Hamburg