Out now: VernissageTV PDF Magazine No. 16 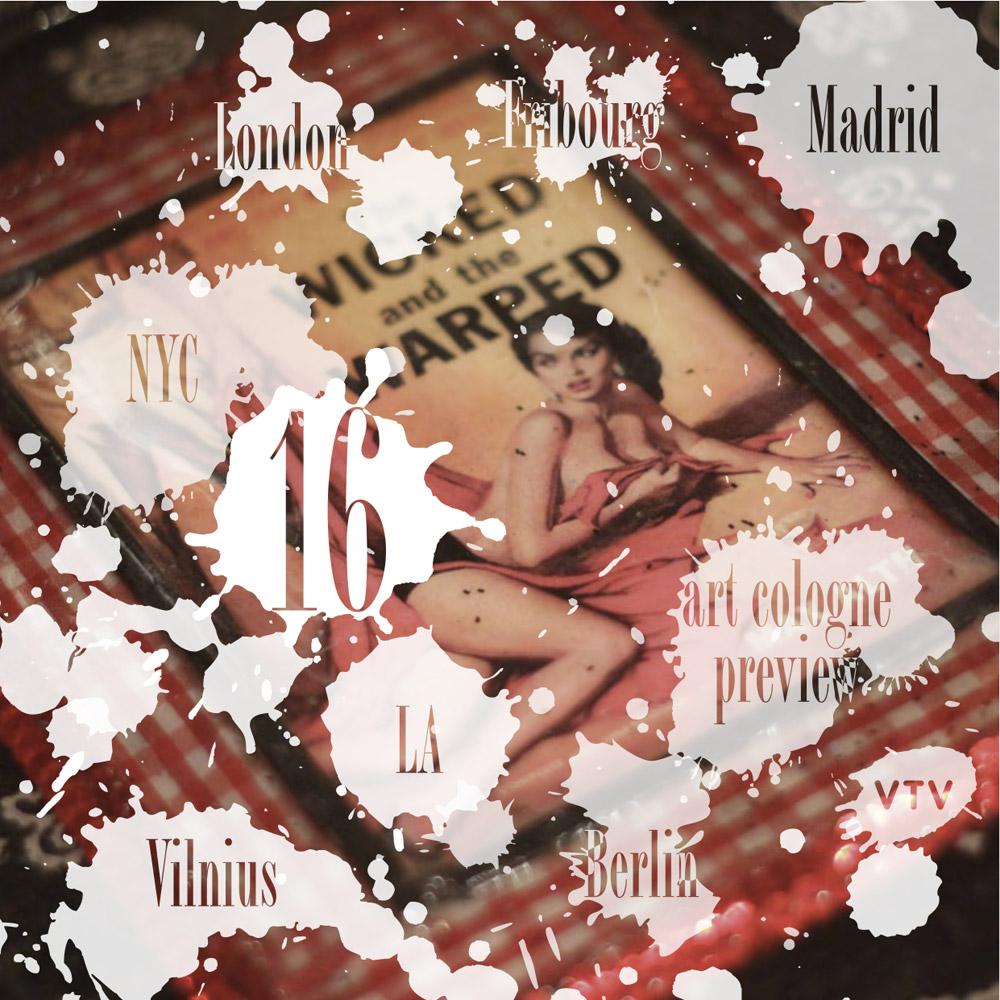 VernissageTV PDF-Magazine No. 16: Tapes, Fur, Tubes, and MylarBasel / Switzerland, April 5, 2011During a trip to an evening of openings in Paris, VernissageTV had a closer look at the retrospective with the subtle works of French artist Pierrette Bloch at Karsten Greve Gallery. In Fribourg / Switzerland, VernissageTV had the chance to do an extensive interview with Edith Dekyndt, who had a solo show at Fri-Art Centre d’Art Contemporain, titled “Dieu rend visite à Newton”.Number 16 also takes a look at the London Art Scene, where a lot of local galleries showed their program at London Art Fair, and Hauser & Wirth opened new spaces with a Martin Creed solo exhibition that featured a dangerously revolving neon sculpture.In Berlin, VernissageTV met with Agathe Snow whose solo exhibition at the Deutsche Guggenheim was showcasing large-scale collages and mobile sculptures. In this show the New York-based Corsican artist Agathe Snow focuses on monuments, trademarks, and historical sites and investigates how they leave their mark on collective memory and national identity.For the first time, VernissageTV took at trip to Lithuania, to document Zilvinas Kempinas exhibition at Galerija Vartai in Vilnius. Kempinas conceived a show that presented important older and new works.One of the main themes of the current issue of the magazine is New York. VernissageTV attended several openings such as Ivan Navarro at Paul Kasmin and Tara Donovan at The Pace Gallery. An extensive photo gallery is complemented by a text by FAD Editor at Large Ben Austin, who shares his personal experiences of Armory Week with the readers.And finally, issue 16 gives an outlook on VernissageTV’s participation in Art Cologne and the video art program that features the artists G.H. Hovagimyan, Christina McPhee, Maria Joao Salema, Raphaele Shirley, Ultra Art Fair, and Lee Wells.Artists in VernissageTV PDF Magazine No. 16: Pierrette Bloch, Alexandre Joly, Bettina Pousttchi, Robert Mapplethorpe, Agathe Snow, Edith Dekyndt, Zilvinas Kempinas, and Tara Donovan.VernissageTV PDF Magazine No. 16 is available via VernissageTV's website at http://vernissage.tv/blog/category/magazine/ or via Issuu at http://issuu.com/vernissagetvAbout Vernissage TV VernissageTV is the Internet's unique TV art project, which covers exhibitions and events in the fields of contemporary art, design and architecture. The objective is to give an authentic insight into the world of art by the means of film and video. VernissageTV materializes as video podcast / Internet TV channel / video archive. VernissageTV videocasts two series: The “No Comment” section and the interviews with the protagonists of the art world. VernissageTV is widely distributed via its website and Internet TV networks. Founded in September 2005 VernissageTV is growing steadily. Until now VernissageTV produced, published and archived over 1500 episodes. Website: www.vernissage.tvPress contact: Karolina Zupan-Rupp, contact@vernissage.tv VernissageTV, Totentanz 14, 4051 Basel / Switzerland Phone: 41 61 283 24 55 Website: www.vernissage.tv Main feed (RSS 2.0 encl.): feeds.feedburner.com/VernissageTV

You can edit or delete your press release Out now: VernissageTV PDF Magazine No. 16 here

11-25-2010 | Industry, Real Estate & Constr …
Fritsch GmbH
Fourth vernissage at the FRITSCH Technology Center
Mediterranean Light Werner Kiesel's "Landscapes" on exhibit at the FRITSCH Technology Center While many a physicist is still pondering over the question of whether light should be more properly considered a wave or a collection of particles, painters like Werner Kiesel have succeeded in instilling in their works -- if not light itself -- a palpable existence that substantially reveals the character of light. The large-scale works on display now at
08-27-2010 | Arts & Culture
Beta Klinik
Vernissage at Beta Klinik: Exhibition of Edith Kuhlendahl
Bonn, Germany. Eyes taking a stroll, thoughts reaching for the stars and minds in a balance of silence and chattiness are impossible? Not at Beta Klinik on 13 September 2010. At 7.30 p.m. arts teacher and florist mistress Edith Kuhlendahl invites to her vernissage. The collage paintings of the artist from Rengsdorf are on exhibition at Beta Klinik for 4 weeks. The collage technique of Edith Kuhlendahl´s paintings produces different
02-09-2010 | Arts & Culture
Splurge Art Gallery
KEVIN JENNE VERNISSAGE AT SPLURGE GALLERY
Splurge Art Gallery is proud to host the vernissage by Montreal artist Kevin Jenne on February 25th, 2010 at Splurge Art Gallery. KEVIN JENNE is a Montreal artist whose work has been featured across North America, Europe and Asia and featured on Television, magazine covers as well as on wine labels. His impressionistic style is infused with an inner glow and luminosity that gives each piece a life of its own.
12-15-2009 | Arts & Culture
Splurge Art Gallery
Carolina Echeverria Vernissage at Splurge Gallery - Delicate Feminism with an ed …
Splurge Art Gallery is proud to host the vernissage by Chilian artist Carolina Echeverria on December 29th at Splurge Art Gallery. CAROLINA ECHEVERRIA is no stranger to controversy. Her past exhibits have always challenged the social norm. Carolina believes in the power of a woman to change the current of perception in today’s world. A stranger in a strange land, she has adapted to a new culture, but protected
02-22-2008 | Arts & Culture
VernissageTV
Focus ARCO 2008 and Art Scene Madrid on Vernissage TV
Basel, February 22 2008 -- The current and upcoming episodes on Vernissage TV focus on the art scene in Madrid, Spain and the 27th International Contemporary Art Fair ARCO 08. This year\'s edition of ARCO has seen significant changes. In its aspiration to improve the competitiveness of the fair the fair management invited more galleries from outside of Spain. Vernissage TV\'s coverage of the fair comprises of a two part walkthrough
01-25-2008 | Arts & Culture
VernissageTV
Vernissage TV Uploads its New, Wide-screen Format
The pioneer of art-world television on the Internet brings its viewers an upgrade to 16:9, doubling the previous format size January 25, 2008 -- Since its founding in September, 2005, Vernissage TV--the Internet pioneer in art-world television--has produced, published and archived over 750 episodes about contemporary art, design and architecture. During Art Basel 2007, Vernissage TV recorded 24,000 downloads a day. Since then, the number of viewers and subscribers has
Comments about openPR
9 o'clock: discuss press release with client, 10 o'clock: submit release to openPR, within the briefest possible time release is published and displayed in a prominent place on openPR.de. I am thrilled!
Zehra Spindler, Calypso Now! - Communication Agency