From the idea to the start of production 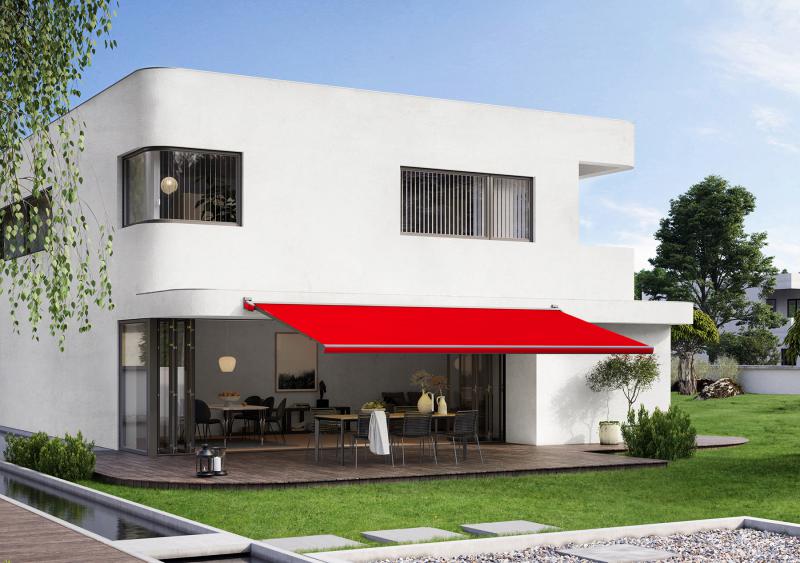 07-16-2021 | Industry, Real Estate & Constr …
Markilux
Success at home and abroad
The markilux brand has established itself in its international core markets markilux has not only expanded its market in German-speaking countries (Germany, Austria and Switzerland), but has also continuously developed its international business in recent years. Today the company cooperates with around 300 specialist dealers in a large number of countries. The core markets of France, Great Britain, Denmark, the Netherlands and Italy are, however, particularly important for sales. The awning
07-07-2021 | Tourism, Cars, Traffic
Markilux
With a view of the ‘Berlin Wall’
markilux has embellished ‘Hotel Schulz’ with a solar protection system So, markilux has planned and realised solar shading for yet another hotel project. ‘Hotel Schulz’, situated in the centre of Berlin. has been provided with a generously proportioned pergola awning system. Since then, the outdoor terrace has been fulfilling the function of extended breakfast room. If needed, the the system can be completely closed in using vertical roller blinds. ‘Hotel Schulz’ is
07-01-2021 | Industry, Real Estate & Constr …
Markilux
Success across the whole range
The folding-arm cassette awning MX-3 by markilux has met the taste of the end consumer The MX-3 has been on the market since 2019 . The company had invested many years of development into the product. So expectations were correspondingly high as to how the awning would score with the end consumer. This seems to have borne fruit as after the first two years the MX-3 is in the process of
07-01-2021 | Fashion, Lifestyle, Trends
Markilux
All-round versatility
Free-standing awnings turn your favourite spot in the garden into a holiday resort Today, gardens and terraces serve as multifunctional outdoor areas. They are places to relax, exercise and pursue one's hobbies. This is also where the family meets to spend time together. And, over the last few months, quite a few people have even set up their workplace here when the weather was good. A particularly versatile solar protection system