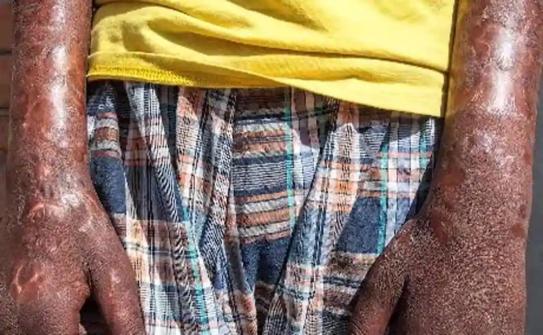 Leprosy Treatment Market Future Outlook: Asia Pacific to be Key Growth MarketLeprosy has been endemic to mankind since many decades. This needed interference of various governments around the world as well as the World Health Organization. Governments play an important role in the leprosy treatment market. Ever since the introduction of multidrug therapy by WHO in 1982, governments around the world have adopted this treatment procedure on a large scale. Some of them subsidized the treatment to eradicate the presence of the disease from their countries. Therefore government regulation as well as adoption remains the most important driver of the leprosy treatment market.Download PDF Brochure of This Business Research Report : https://www.coherentmarketinsights.com/insight/request-pdf/128Asia Pacific, especially India remains one of the most affected countries. As per the World Health Organization reports, about 59% of the new cases reported were from India. According to stats released by the Leprosy Mission Trust, around 127,000 new occurrences of leprosy were reported from India alone during 2013–2014. Out of these, about 46% were women and children. In India, the prevalence rate according to The Leprosy Mission Trust in the year 2014 was about 0.68 per 10,000 population. The National Leprosy Eradication Programme (NLEP) is one such initiative by the Indian government that aims to eradicate the disease from the country by 2018. Therefore, leprosy treatment market in this region is projected to grow at a considerable rate in the near future.Key Players in Leprosy Treatment MarketCompanies operating in the leprosy treatment market include Glaxo Smithcline Pharmaceuticals Ltd., Systopic Laboratories Pvt. Ltd., Acme Pharmaceuticals, Cadila Pharmaceuticals, Macleods Pharmaceuticals, IDPL, Astra Zeneca Pharma India Ltd., Lark Laboratories (UIndia) Ltd., Genetic Pharma, and Novartis International AG.Leprosy Treatment Market OutlookAccording to the statistics received by the World Health Organization (WHO), from various regions (138 countries), the number of registered cases of leprosy was 176,176 in 2015, that is 0.18 cases per 10 000 people. The number of new cases shows the degree of sustained transmission of the disease. Global statistics illustrate that 203,600 (96%) of fresh leprosy cases were from 22 key countries. Prevalence of high occurrences is a reminder that some areas around the world show high incidences of the disease and experience very high rate of transmission. According to WHO, around 16 million cases of leprosy have been treated in the last two decades. Governing bodies and governments alike are trying to eradicate the presence of the disease on a global scale. Owing to these factors, the leprosy treatment market is expected to grow at substantial rate over the forecast period (2016–2024).As per National Leprosy Eradication Programme (NLEP), leprosy has been broadly categorized into two segments namely, paucibacillary leprosy (one to five skin lesions, maximum one nerve with skin liaisons) and multibacillary leprosy (over six skin liaisons, more than one nerve with skin liaisons). Early detection of the disease is an important factor for effective treatment, though various drugs are available for late stage leprosy patients. The most common treatment is multidrug therapy. The drugs recommended by WHO multidrug therapy are rifampicin, dapsone, and clofazimine. Else, Place an Enquiry To Talk With Our Analyst : https://www.coherentmarketinsights.com/insight/talk-to-analyst/128Among these, rifampicin is most preferred for treatment of leprosy. Treatment with everyday dapsone and monthly treatment with rifampicin for six months is followed for paucibacillary (PB or tuberculoid) cases. For multibacillary (MB or lepromatous) cases, the treatment is a prolonged one. It includes daily dapsone and clofazimine. Additionally, monthly rifampicin is recommended for 12 months. Side effects, resistance, and relapse rate are low in multidrug therapy. Some of the other drugs available for leprosy treatment are Rifadine and Rimactane. The leprosy treatment market is projected to witness a steep incline in the number of novel drugs and availability of the same, due to increasing initiatives across the globe to eradicate this menace.About Coherent Market Insights:Coherent Market Insights is a prominent market research and consulting firm offering action-ready syndicated research reports, custom market analysis, consulting services, and competitive analysis through various recommendations related to emerging market trends, technologies, and potential absolute dollar opportunity.Contact Us:Mr. Shah Coherent Market Insights 1001 4th Ave, #3200 Seattle, WA 98154 Tel: +1-206-701-6702 Email: sales@coherentmarketinsights.com