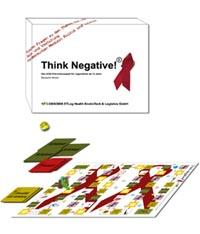 Berlin/Cologne. The annual World Aids Day is designed to prevent the illness AIDS from being forgotten. Children are particularly endangered. In addition to UNICEF, AIDS support services and other state-funded, regional bodies, firms are also involved in the fight against this terminal illness – especially in the prevention work for children and teenagers. Since 1988, the World Aids Day takes place on every 1 December. Established by the United Nations, it has since become the most important regular date for the purpose of drawing attention to AIDS and ensuring that this illness does not become forgotten. Despite improved medicines, an infection with HIV remains fatal. More than 23 million people have died following the consequences of AIDS since 1981 – this equals the population of the whole of Scandinavia. According to UNICEF, 40 million people world wide are infected with AIDS, half of which are girls and women. Furthermore, according to the Children’s Fund, 25 years after the epidemic began, AIDS affects children and young children above all. In addition to state funded organizations, there are also private firms involved in the area of youth AIDS prevention who operate without state funding or donations. An example is the educational-therapeutic specialist Donna Vita, who has successfully offered prevention-related materials on the market for many years. Donna Vita made a conscious decision to take on the AIDS prevention game Think Negative! developed especially for the youth market in their programme after May 2006. “We hope to foster dialogue between adults and young people. At this age, purely factual information has almost no effect. It is more effective when we try to convey knowledge via playful components. Those who laugh whilst learning, ponder and argue, simply profit more” said Marion Mebes. This is supported by experts such as Thorsten Berschuck from the AIDS Hilfe Frankfurt e.V., who calls Think Negative! “a very interesting and useful board game,” or Claudia Poser from UNICEF Gera, who find the idea of Think Negative! “very interesting” and believes that it “is a great help for educational and information work, especially regarding the theme AIDS.” More information regarding the AIDS prevention game for children aged 12 and above – can be obtained in both German and English from the website www.etlog-health.de. Information regarding the range of products offered by the publishers Donna Vita can be obtained at www.donnavita.de. Information about AIDS-Hilfe Frankfurt e.V. can be found under http://frankfurt.aidshilfe.de; for UNICEF Gera under www.gera.unicef.de. Contact PR: Andrea Schuster | schuster@etlog-health.de | www.etlog-health.de Tel.: 49 (0) 30 | 44 31 87 - 40 | Fax: - 49 ETLog Health EnviroTech & Logistics GmbH | Linienstr. 72 | 10119 Berlin Waste management for the healthcare sector - worldwide - Training - Logistics - Technology Marketing for the Healthcare sector

You can edit or delete your press release 1. December is World Aids Day! here

05-28-2019 | Health & Medicine
Meetings International Pte Ltd
3rd Annual Summit on AIDS
We are delightful to welcome you to the “3rd Annual Summit on AIDS” which is going to be scheduled on September 16-17, 2019 at Singapore. This conference is a global platform for AIDS Disease Professionals where we assure you to have knowledge with scholars from around the world for the best current strategies for diagnosis and treatment of AIDS. AIDS 2019 is based on the theme of ENHANCING COMPETENCY IN
06-19-2017 | Health & Medicine
Transparency Market Research
AIDS-related Kaposi’s Sarcoma Market Report 2017
AIDS-related Kaposi’s sarcoma is a type of cancer affecting the cells lining, the blood vessels, or lymph nodes. The cancer usually occurs as tumors on skin or mucosal surfaces. It is characterized by brown, red, or purple tumors on the affected area generally called as lesions. The major factors playing the role in the pathogenesis of the cancer are Kaposi’s sarcoma herpes virus/human herpes virus type 8 (KSHV/HHV-8), altered responses
03-30-2017 | Health & Medicine
Persistence Market Research Pvt. Ltd
Global HIV-AIDS Testing Market
The HIV-AIDS Testing Market reportprovides in-depth analysis of parent market trends, macro-economic indicators and governing factors along with market attractiveness as per segments. The report also maps the qualitative impact of various market factors on market segments and geographies. HIV-AIDS is a chronic disease caused by the human immunodeficiency virus (HIV). HIV virus damages human immune system, which results weakness of immune system and loss ability to fight with organism that
09-13-2016 | Advertising, Media Consulting, …
Intense Research
Global Hearing Aids Market 2016: Digital hearing aids, Analog hearing aids
A hearing aid is an electronic device that amplifies the sound resulting in the production of clear sound for the user. These are largely deployed for people who suffer from hearing loss and impairment. The global Hearing aids market is gaining popularity owing to the rising technological innovations and increased demand for aesthetic designs of the devices. While the market is considered to be influenced by factors such as technological
03-07-2011 | Associations & Organizations
Bolivia Volunteers
BOLIVIA VOLUNTEERS aids flood victims.
In response to the severe flooding in the city, caused by the highest levels of torrential rainfall recorded for many years, BOLIVIA VOLUNTEERS has sent four of its volunteers currently in COCHABAMBA to help individuals, displaced families and the community. Liaising with community leaders, the volunteers are providing immediate emergency assistance in a variety of ways, to try to help ease the devastating impact the recent floods have had. Recent flash-floods
10-28-2009 | Health & Medicine
Advice on Hearing Aids
All Hearing Aids, All Here
The struggle to research hearing aids is now as easy as a point and a click. Featuring unbiased information in an easy to understand format, AdviceOnHearingAids.com is an educational forum designed to help those with hearing loss find the best aid for their unique challenges. Audiologist owned and operated, AdviceOnHearingAids features information about the latest in hearing aid technology. "The hearing aid industry has its own language, and that can
Comments about openPR
I can't but agree to the positive statements about your portal: easy to use, clear layout, very good search function, and quick editing!
Jens O'Brien, Borgmeier Media Communication