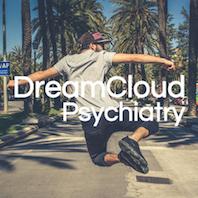 New York, NY - A small company called DreamCloud Psychiatry based in Miami Beach, Florida, is looking to change the way mental health providers deliver virtual medical services. Chris Lee, its founder, wanted to create a solution to what he calls "one of telemedicine's greatest challenges," which is "keeping it real.""The most important part of a patient-provider relationship in telemedicine is maintaining a connection that feels real," says Lee. "If the patient feels disconnected in any way from their provider, they will most likely look for another one."Lee, an NYU graduate psychiatric-mental health nurse practitioner, created DreamCloud Psychiatry with a specific target market in mind - millennials. "Younger patients are obsessed with mental health. They are advocates for topics and current issues that are important to them. They care not only about perceptions, but also things like politics, entertainment, and social media, from a mental health standpoint."His practice, which opened in 2017, has "redesigned psychiatric mental healthcare," according to its website. By using energetic words and imagery which speaks to its demographic, Lee has built a practice with roughly 300 patients in less than a year. The company treats patients in Florida and New York.According to the American Telemedicine Association, over half of all US hospitals are using telemedicine to offer affordable, accessible healthcare to Americans. But Lee says that it's only halfway of a solution."We can't keep creating telemedicine practices that feel like big-box corporate companies. Millennials like small brands. They gravitate toward things that have an identity which they can relate to," says Lee. "Our patients connect with us through social media, they engage with our blogs, and they tell me they feel comfortable asking questions the way they might ask one of their peers. We try to focus on building familiarity with a strong presence on YouTube, Twitter, Instagram, Facebook, and LinkedIn."Victoria Huff, of The Thirty, identifies millennials as "a generation that has come to be defined by its relationship with mental health." And she's right. With over 88% of 18-29 year olds using social media platforms, the American Psychiatric Association conducted a survey earlier this year and found that millennials are by far the most anxious generation yet. According to the US Census in 2015, there are over 75.4 million millennials in the US.Looking for a great psychiatrist is becoming increasingly difficult as the number of psychiatrists practicing in the US continues to dwindle. Forbes Magazine reported in March 2018 that of the 18,000 psychiatrists currently practicing in the US, 3/5 of them are over the age of 55 and likely to retire soon in the years to come.There is no doubt that telemedicine will continue to increase in popularity and that many gaps in healthcare delivery have the potential to become filled by virtual medicine. However, the success of telepsychiatry relies on "keeping it real." DreamCloud Psychiatry strives to do just that.DreamCloud Psychiatry is a hybrid telemedicine practice based in Miami Beach, Florida, with services available throughout Florida and New York. Founded by Chris Lee, PMHNP-BC, psychiatric nurse practitioner and millennial entrepreneur, DreamCloud Psychiatry combines traditional healthcare delivery with modern-day speed and efficiency. The company uses social media and engagement to enhance virtual care.DreamCloud Psychiatry 429 Lenox Avenue Miami Beach, Florida, 33139 (877) 990-0001 Press Contact: Andres Cabrera