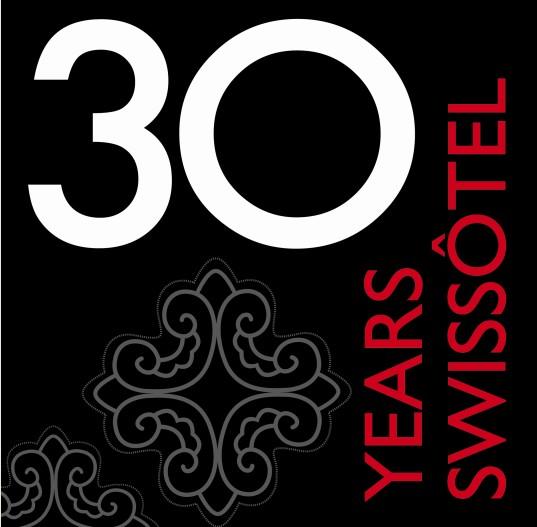 Zurich, January 2010 – Swissôtel Hotels & Resorts have every reason to celebrate the new year: this is the year the Swiss hotel chain turns 30. The venture which started out in 1980 with just a few hotels has now blossomed into a distinguished, internationally renowned hotel chain with deluxe hotels in 17 countries across five continents. The company’s eventful history began with its founding, all those years ago, by Swissair and Nestlé. The company assembled its initial portfolio of hotels by acquiring Hotel Le Président in Geneva and signing management contracts for Hotel Drake in New York, Bellevue Palace in Berne and Hotel International in Zurich. In 1990, the hotel group became a fully-owned subsidiary of SAirRelations/SAir Group and in 1996 its head office was relocated from Zurich to New York. In 2001, Swissôtel Hotels & Resorts was sold to Raffles Holdings Limited in Singapore shortly before Swissair was grounded. In 2005, the Los Angeles based firm Colony Capital LLC, a global private investment group specialising in the management of real estate assets and companies, bought Raffles International, which at the time owned the Swissôtel and Raffles brands. Then in May 2006, Colony Capital together with Kingdom Hotels International also acquired the Canadian hotel group Fairmont and founded the new hotel chain Fairmont Raffles Hotels International (FRHI) with its head office in Toronto, Canada. The group now comprises nearly 100 hotels in over 25 countries, operating under three strong brand names: Fairmont, Raffles and Swissôtel Hotels & Resorts. Under the new umbrella brand, the corporate office of Swissôtel Hotels & Resorts moved back to Zurich, and since 2003 the German born Meinhard Huck has been President of the company. After a rich and varied 30-year history, Swissôtel Hotels & Resorts continue to meet the exacting demands of business travellers and holidaymakers alike. The deluxe hotels are known for their modern design combined with characteristically Swiss touches and exceptional levels of Swiss hospitality. The name Swissôtel stands for competent, personal service with a smile. The hotels are located in major destinations and metropolises all over the world, and most are situated in the city centre, only a stone's throw from the shopping and business districts and the local attractions. Many of Swissôtel's establishments have won international awards. "Back in 1980 the Swissôtel name covered a number of separate hotels, each with their own individual identity. Today, though, it represents an outstanding international hotel chain whose corporate identity and brand name have become a symbol of superior quality in the hotel business", says Meinhard Huck, President Swissôtel Hotels & Resorts. "We are delighted to have the chance to officially celebrate our company's anniversary in 2010 with our guests."Swissôtel Hotels & Resorts is a distinctive group of deluxe hotels for today’s discerning business and leisure travellers, combining the renowned Swiss touch with a fresh, contemporary and modern design. Each Swissôtel hotel offers personalized service with charm and efficiency. Located in main gateway destinations and city centres, the hotels have convenient access to business and shopping districts, and local attractions. Swissôtel Hotels & Resorts worldwide have won prestigious awards and accolades. Swissôtel Hotels & Resorts is owned by Fairmont Raffles Hotels International, a leading global hotel company with 94 hotels and resorts worldwide under the Raffles, Fairmont and Swissôtel brands. The company also manages Fairmont and Raffles branded Residences, Estates and luxury private residence club properties. Swissôtel Hotels & Resorts under development: Swissôtel Dresden, Germany (2011) Swissôtel Kolkata, India (Spring 2010) Swissôtel Makkah, Saudia-Arabia (2011)Swissôtel Hotels & Resorts Balz-Zimmermann-Str.7 8302 Kloten, Zurich Switzerland