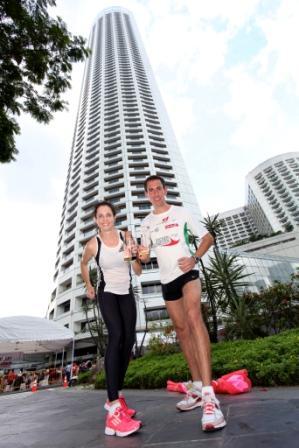 You can edit or delete your press release Record-breaking 2,100 Stair Racers Conquer 73 Storeys & 1,336 Steps At The Swissôtel Vertical Marathon here

05-09-2019 | Business, Economy, Finances, B …
Meticulous Business Plans
VERTICAL FARMING BUSINESS
Farming in urban areas has become quite difficult due to the rising population, limited space, a fast pace of living, etc. which are driving the new technologies for cultivating the agricultural produce. Vertical Farming is one of the modern and advanced technologies which helps in growing more food in smaller spaces, offering an opportunity for growing fruits and vegetables in a controlled environment in metropolitan areas. Vertically grown crops require minimum
03-11-2019 | Industry, Real Estate & Constr …
Technovision Engineers Pvt. Ltd.
Vertical Reciprocating Conveyors | Vertical Lift - Technovision
Vertical Reciprocating Conveyor(VRC) Technovision is one of the front Runner in Manufacturing, Supplier & Exporters of Material Handling Equipment and Vertical Reciprocating Conveyor in India With an ISO 9001-2015 Certification. The core focus of the company lies in superior quality and excellent customer services. Vertical Reciprocating Conveyors is widely used to move the material from one floor to another floor with great safety in industrial facilities, stockrooms, warehouse and among numerous others.
06-15-2018 | IT, New Media & Software
kbvresearch.com
Global Vertical Farming Market Share
According to a new report Global Food Thickeners Market, published by KBV research, the Global Food Thickeners Market size is expected to reach $15.0 billion by 2023, rising at a market growth of 4.9% CAGR during the forecast period. The Europe market holds the largest market share in Global Starch Food Thickeners Market by Region in 2016, and would continue to be a dominant market till 2023; growing at a CAGR
03-28-2018 | IT, New Media & Software
ReportsWeb
Mobile Vertical Growing Systems Market
Mobile Vertical Growing Systems Market will reach xxx Million USD in 2017 and CAGR xx% 2013-2023. The report begins from overview of Industry Chain structure, and describes industry environment, then analyses market size and forecast of Mobile Vertical Growing Systems Market by product, region and application, in addition, this report introduces market competition situation among the vendors and company profile, besides, market price analysis and value chain features are covered
09-28-2017 | Advertising, Media Consulting, …
REPORTSANDMARKETS
Vertical Farming Market Rport 2017
With the slowdown in world economic growth, the Vertical Farming industry has also suffered a certain impact, but still maintained a relatively optimistic growth, the past four years, Vertical Farming market size to maintain the average annual growth rate of 38.01% from 350 million $ in 2013 to 920 million $ in 2016, BisReport analysts believe that in the next few years, Vertical Farming market size will be further expanded,
12-13-2011 | Energy & Environment
Global Forestry Investments
The rise of Vertical Forests
The financial downturn is not the only thing that is plaguing Italy. Milan is reportedly one of the most polluted European cities so in a bid to combat emissions, the new development of a vertical forest has been unveiled. The design, by architect Stefano Boeri, is a one of a kind concept and incorporates 900 trees in the structure. These act as an oxygenator that filters out fumes from
Comments about openPR
OpenPR ist the nicest and most clearly laid out PR platform I have seen to this day. The press releases are displayed very nicely and clearly and without any unnecessary frills. The updates are fast and the finished release looks appealing and is clearly legible. Even with 16 years of experience one discovers new things from time to time. Congratulations!
Gabriele Ketterl, Director Marketing & PR, Menads