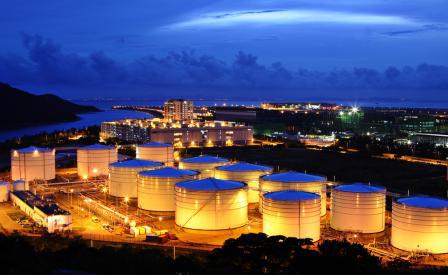 In the last few years, the oil & gas industry has been a subject of constant turbulence, given the sharp drop in oil prices. Oil storage market, in this regard, seems to have weathered the storm of the 2015 plummet and has bounced back with considerable accomplishments. As a result of the global supply-demand imbalance and overabundance of crude oil, oil storage industry has witnessed a dramatic surge that has led to massive investment trends in this business sphere. According to reliable reports, the global oil storage market size was recorded at over 1 billion cubic meters in 2017 and is anticipated to grow at a CAGR of 3% over 2018-2024.Request for a sample of this research report - https://www.fractovia.org/request-sample/325Quite overtly, the tremendous volatility of oil prices has been the prime factor that has been driving industry players to invest in oil storage facilities. The increased hydrocarbon production from Iran, Nigeria, Libya and the prolonged demand-supply mismatch have critically affected international crude oil trade. For the record, in November 2017, domestic crude oil production recorded its highest level in the U.S. history. Moreover, the average annual OPEC crude price underwent a dramatic decline from USD 109.45/barrel in 2012 to USD 52.51/barrel in 2017. This significant collapse of crude prices in the recent times has given a boost to the financial dynamics of this business space and has further attracted a plethora of development plans.Citing an instance, one of the largest midstream oil & gas operators of Canada, Keyera has recently announced that it will be developing a crude oil storage terminal ‘Wildhorse’ in Cushing, Oklahoma. Keyera has been expanding its midstream infrastructure in the U.S., which is touted to be one of the largest crude oil storage & trading hubs in North America. It has been reported that the Wildhorse terminal will help Keyera in strengthening its footprints across the U.S. oil storage market, while providing the company with an extended crude oil value chain. Experts speculate that the move will offer the company ample opportunities to capture business & marketing margins across the U.S.Keyera’s new pipeline connections to the Wildhorse terminals will also provide its customers with access to a majority of the crude oil streams flowing cross Cushing. The new facility, according to reliable sources will be operational by mid-2020. If experts are to be believed, the oil storage development move has considerably augmented the U.S. oil storage market size, which was pegged over 80 million cubic meters in 2017. U.S. has been one of the dominant growth grounds, with crude oil production from the unconventional oilfields accounting for more than half of the total crude oil output of U.S. in 2017. With further developments of unconventional oil & gas terminals in the region, estimates claim U.S. oil storage market to tread along a lucrative growth path in the years ahead. Browse Full Report @ https://bit.ly/2pU3sOdTaking into account the overall debatable scenario of the crude oil industry, Russia is another prominent nation making forays into the oil storage market. Rigorous R&D activities pertaining to the development of oil & gas fields have significantly propelled Russia oil storage market to witness notable growth prospects. For the record, the country holds around 680 Tcf of reserves in Russian subsoil, of which 75% accounts for hydrates, 7% CBM, 15% tight gas, and 3% accounts for shale gas. The government of Russia has also been opening its domestic marketplace for global investors to develop their O&G projects. Analysts deem that with a mean daily output of 11 million barrels/day Russia will emerge as a rewarding oil storage hub in the following years. The region is also forecast to be a lucrative investment destination for oil storage market players, leading to phenomenal growth of the regional industry.Considering that oil & gas industry is currently facing major headwinds, the growth prospects of oil storage market seem quite positive. Industry experts predict the future of oil & gas market to be less volatile in the coming years, owing to significant capitalization on shale resources that can feed the changing demand. Obviously, the robust growth of battery operated electric vehicles has posed major risks to the dynamics of the oil & gas industry, however, these vehicles will take a significant amount of time for mass acceptance.It is also imperative to note that since the beginning of the shale revolution some 10 years ago, the world has discovered 110 billion barrels of oil, while total consumption was recorded around 360 billion barrels. It seems almost certain that this significant 250-billion-barrel deficit in between discoveries & consumption will grow in the ensuing years. On the whole, recent oil discoveries, massive investments, and refurbishment trends are certain to stimulate the global oil storage market size, which is anticipated to exceed 1.2 billion cubic meters by 2024.About Fractovia:Fractovia.org is one of leading in-house and free news portal. It is fully automated, and operates on a constant premise, interfacing with news sites and offering redesigned breaking features to readers across the globe. Our mission is to offer individuals opportunities for connections with news writers and distributors which they can pursue. We operate by mapping articles pertaining to breaking news, constantly and progressively, against a pre-determined word-based theme, offering important connections to readers and clients, as well as distributors.Contact Us:1968 S. Coast Hwy #586, Laguna Beach CA 92651, USA

10-19-2020 | Advertising, Media Consulting, …
Whipsmart MI
Base Oil Market
Base Oil Market Size Worth $ 48,347.04‬ Million By 2026 | CAGR: 1.2% The global Base Oil market size is expected to reach USD 48,347.04‬ million by 2026 according to a new study by WhipSmart MI Research. The report “Base Oil Market by Type (Group I, Group II, Group III, Group IV and Group V), by Application (Automotive Oil, Industrial Oil, Metalworking Fluid, Greases, Hydraulic Oil and Others) and By Regions,
04-29-2019 | Business, Economy, Finances, B …
Fact.MR
Oil Refining Pumps Market |
The global demand for oil refining pumps is expected to surpass 3 million tons by 2018 end, according to a latest Fact.MR report on oil refining pumps market. Rising oil and gas production, and increase in petroleum-based power generation are driving oil refining pumps demand. The oil supply has sharply increased from Russia, Middle East, and the US, compensating for fall in oil production in Iran and Venezuela. The demand for
03-20-2019 | Energy & Environment
ReportsWeb
Oil Sands - Thematic Research
Oil Sands - Thematic Research Summary Oil sands, an unconventional hydrocarbon resource, holds vast growth potential for crude oil production amid declining output from maturing conventional fields and slowing pace of new discoveries. The oil sands deposits in Alberta, which are among the world's largest hydrocarbon reserves, are playing an influential role in driving the oil and gas industry in Canada. Despite facing severe backlash from environmentalists around the world, there has
01-28-2019 | Advertising, Media Consulting, …
QandQ Market Research
Gingelly oil Market
https://www.qandqmarketresearch.com/reports/7431261/gingelly-oil-market-48 The global Gingelly oil market is valued at million US$ in 2018 is expected to reach million US$ by the end of 2025, growing at a CAGR of during 20192025. This report focuses on Gingelly oil volume and value at global level, regional level and company level. From a global perspective, this report represents overall Gingelly oil market size by analyzing historical data and future prospect. Regionally, this report focuses on
01-04-2019 | Politics, Law & Society
Wandres Law
Oil & Gas Explosion Lawyer
Concerns about gas and oil explosions and worker safety have been at the forefront of Oklahoma state officials’ minds as they continue to investigate a recent Pittsburg County explosion that left five workers dead and 17 with minor injuries. The explosion has shaken a state that is heavily invested in the fuel industry and has been said to be the worst incident of its kind since the Deepwater Horizon tragedy. Oklahoma
09-07-2016 | Energy & Environment
Intense Research
Global Base Oil Market 2016: by Application - Automotive Oil, Industrial Oil, Me …
Base oil is the name given to lubrication grade oils initially produced from refining crude oil (mineral base oil) or through chemical synthesis (synthetic base oil). Base oil have a high boiling point ranging between 550F to 1050F. Base oil can be either paraffinic or naphthenic in nature depending on the chemical structure of the molecules. Go For Sample Report @ http://bit.ly/2bSaaNb Increasing usage of automotive oil for various lubricating applications in
Comments about openPR
OpenPR is clearly structured and remains true to its principle of confining itself to the essential parts. OpenPR has proven to be a very good and reliable partner to our media agency: Within the shortest time the releases are online and go down well with the media representatives. The success of OpenPR is reflected in the steadily increasing number of press releases. It is good that OpenPR exists!
Ursula Koslik, Director Marketing & PR, F+W Hamburg