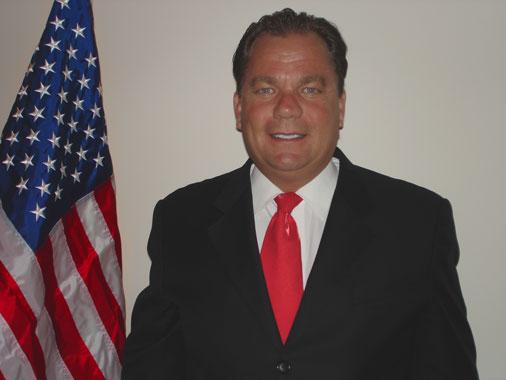 August 4, 2006 – Standing up for a third time this week, global expert and Presidential Candidate Daniel Imperato sent a message to the US leadership and the world regarding dealing with and handling foreign relations and diplomatic applications with our global partners.“I, Daniel Imperato, called for a cease fire in Iraq back in December 2005 and our leadership ignored my request. Our leadership allowed Americans to be put on the front line and allowed our parents to lose their children for a disorganized, inappropriate, unfit plan pertaining to Iraq its leadership and its ambiguous relationship with the United States and the rest of the world,” stated Imperato. Imperato was most upset about the Bush administration’s apparent willingness to call for a conditional cease fire in Israel and Lebanon, but have not done so to save American lives in Iraq. “While our President George W. Bush calls for a cease fire with Israel to save the lives of innocent people he also is requesting to save the lives of Hezbollah guerrillas who deserve to be eliminated and dealt with not only by Israelis but by the rest of the world.” However, the one piece that has been missing the all of the peace talks, according to Imperato is a denouncement of Hezbollah and terrorists by Lebanese Prime Minister Faud Siniora. “The cease fire request by Israel and Hezbollah and not with Lebanon in general, which is a mistake, should be addressed by Prime Minister of Lebanon Fuad Siniora. I call on Prime Minister Siniora to stand up and denounce Hezbollah and to commit to removing Hezbollah form his country. Without the support of the leaders of Lebanon, the failed relations with Lebanon will continue based upon the foot hold of Hezbollah.” “The leadership must stand up and demand Hezbollah to put its weapons down and must collaborate its own army and intelligence with Israel to walk up and jail everyone of these guerrillas. They have obviously won the hearts of local citizens through bribery of food and water and through their strength of weaponry to fight Israel which came from Iraq during George Bush Sr.’s Desert Storm.” With Hezbollah not severely affected after the current attacks, Imperato felt that there were more serious Hezbollah attacks to come, and that its resources would soon be revealed.“Mark My Words that the 7000 missiles and rockets mentioned by the way in the upcoming film THE RED WORM, greenlight scripted by John Daly, will prove to be factual. Israel and the rest of the world will see the arsenal that Hezbollah has built through the delaying of diplomatic relations by and between all parties. The situation will also reveal the tie between Hamas and the previous PLO that assisted with this weapons machine with US money.” “I warn Israel to pay attention to the surprise that has been promised by Hezbollah and I am standing up today to state that we are in a danger. I believe that chemical warheads will be placed on the front-end of the second round of longer range missiles that will be launched against Israel. Remember I’ve told the world on three occasions now to read my past comments and press releases pertaining to what’s happening now in reality that was explained previously to the people of the global through my wisdom.” Imperato concluded his state with the following remarks, “I hope and pray that there won’t be the fourth time that I will have to tell Israel, the US, the people of the region, and the world the same.”For Press Inquires Contact: Imperato Brooks 2008 561-805-9494 info@thepeoplespresident2008.com www.imperatobrooks.comAbout Daniel Imperato, Presidential Candidate, (www.daniel2008.com) Daniel was born in Boston, Mass (1958), and began his business career in 1977 transforming the manufacturing facilities in Israel through adapting them to the global marketplace along with bringing financing to the factories for global expansion. He also operated a trading company in Singapore and owned a manufacturing company in Belgium. Daniel brings over thirty years of experience in global business planning and development and has personal relationships at high levels around the world. Daniel has consulted for Fortune 500 corporations, with a mix of product lines, consisting of telecommunications products and services, telecommunications equipment including v-sat terminals and handheld mobile satellite telephones, along with passport and identification cards services and secure documents for foreign governments around the world. He is currently a Papal Knight with honors from the Vatican, and a board member for the African Center Foundation, a United Nations NGO, and the founder of Imperiali Organization (www.imperiali.org). Presently, he has organized a Presidential Committee in order to organize support for a run at the White House in 2008. About Webster Brooks, Vice Presidential Candidate Webster Brooks was born in Colorado (1956) to an Army family and was raised in Detroit. In Detroit, Brooks saw the pride and spirit of Middle America growing up in a town that was heavily influenced by the auto industry and Motown music. Twenty Four years later, he ran for Mayor of Washington DC in 1990 as independent, and then worked with many democrats, republicans and independent in politics. In 2002, Brooks’ organization, The National Black Republican Network, became the most popular public forum for Black conservatives and Republicans, but included independents as well. Brooks was named as one of ‘The 20 Most Influential Black Conservatives’ by Headway Magazine and an ‘Intellectual Tour de Force’ by the Detroit News. During this time, Brooks chaired the National Congress of Black Conservatives and the National Black Coalition for School Choice. He currently resides in Hartford, CT with his loving family.

09-26-2006 | Politics, Law & Society
Imperato-Brooks 2008
Vatican News: Papal Knight Speaks on Pope Benedict XVI and Religious Freedom
Los Angeles – September 24, 2006 - Today Papal Knight and 2008 US Presidential Candidate Daniel Imperato spoke out regarding the recent statements of Pope Benedict XVI and religious freedom. “I call on the world today, particularly the Christians and the Muslims, to realize that our Pope Benedict XVI has made a mistake in addressing the issue of Prophet Muhammad during his trip to his hometown Regensburg, Germany.
08-10-2006 | Politics, Law & Society
Imperato-Brooks 2008
The Only Serious Independent Candidate Daniel Imperato Proves Leadership Again o …
August 9, 2006 – West Palm Beach, FL – Today Daniel Imperato, Independent 2008 presidential candidate commended U.S. actions to impose sanctions against seven firms from Russia, India, North Korea and India, for selling restricted items and weapons to Iran. Imperato stated that, "In January, I called on our administration to deploy a system that would analyze armaments transfers and their origin. I also called on the U.S. to more
08-04-2006 | Politics, Law & Society
Imperato-Brooks 2008
Independent Presidential Frontrunner Daniel Imperato on Cuba, Castro, as the Wor …
West Palm Beach, FL – August 4, 2006 – As the world waits to see what is the future of long-time American foe Cuba, 2008 Independent Presidential Frontrunner Daniel Imperato issued his second statement of the week after a prolonged period of silence. “I bring to the attention of the American people to say that back in December 20, 2005, I spoke out to the American people, specifically to the
08-04-2006 | Politics, Law & Society
Imperato-Brooks 2008
Leading Independent Presidential Candidate Imperato Speaks out about Israel Leba …
West Palm Beach, FL – August 3, 2006 - After months of silence, Daniel Imperato, the leading Independent Presidential Candidate for 2008, came out and expressed his disgust at the recent events that have occurred in Israel, Lebanon, Iraq, Yemen, and East Africa. Once again, Imperato’s predictions proved true as we saw Hezbollah come from outside the American strata into the homes of every American on CNN, by escalating their

05-08-2007 | Politics, Law & Society
Imperato For President 2008
Imperato sends Condolences for Kansas Tornado Victims
West Palm Beach, FL – May 7, 2007 - While driving from Jefferson City, MO to St. Louis to catch a flight, 2008 Presidential Candidate Daniel Imperato learned of the recent tragedies in Kansas. \"First of all, my deepest condolences go out to those affected and the families of those affected from the devastating tornados this weekend in Kansas,\" stated Imperato. Over the weekend, an F-5
02-15-2007 | Politics, Law & Society
Imperato For President
Imperato Concludes Northeast Swing
Philadelphia, PA – February 14, 2007 - After making stops in Boston, New York, and Philadelphia, 2008 Presidential Candidate, Daniel Imperato concluded the northeast portion of his national tour. During his stops, Imperato met with many supporters, and spread his message about reviving America. In addition, Imperato took the time to comment on many issues that have surfaced during the past week. These include, President Bush\'s attempt to
12-13-2006 | Business, Economy, Finances, B …
Imperiali Inc.
Imperiali Founder Imperato Visits Cairo
Cairo, Egypt – December 12, 2006 - Today Imperiali Founder, Daniel Imperato, continued on his global tour visiting Cairo, after returning from his successful South American tour. While in Cairo, Imperato, on behalf of the Imperiali Organization, will be working on the organization\'s real estate development projects that are already underway. In addition, the Imperiali Organization has newspaper, media, and telecommunications projects that are in development.
09-29-2006 | Politics, Law & Society
Imperato Brooks 2008
Imperato Speaks on Clinton and Bin Monica
Los Angeles – September 28, 2006 – In light of the recent controversy surrounding former President Bill Clinton’s comments to Chris Wallace on Fox News, 2008 Presidential Candidate Daniel Imperato spoke about the facts surrounding the Clinton administration’s history on terror. “I stand up to the people of the United States and the rest of the world to address what I believe was one of the worst downfalls
06-01-2006 | Politics, Law & Society
US Politics World
Daniel Imperato Seen With Italian Senator Moschetti
Rome, Italy, - May 31, 2006 - Today Daniel Imperato (www.imperatobrooks.com) was seen at the St. Regis Hotel with the Senator of Rome, Giorgio Moschetti. Senator Moschetti, who is one of the most influential senators in all of Italy, will be a key alliance for Imperato in Italy. In addition, with Imperato’s strong Catholic ties, and alliances in Rome (Imperato is also a Papal Knight, with honors from the Vatican), he could
04-11-2006 | Politics, Law & Society
imperato-brooks2008
International Entrepreneur Endorses Imperato-Brooks 2008
West Palm Beach, Florida, April 10, 2006: Today international entrepreneur and telecommunications equipment specialist, Ken Martin, endorsed the Imperato-Brooks 2008 ticket for the White House (www.imperatobrooks.com). Daniel Imperato, the 2008 Presidential Candidate of Imperato-Brooks 2008, had this to say about Ken Martin. “Ken Martin is a good man that I have known for many years. He is a man that understands family as well as global affairs. He
Comments about openPR
I can't but agree to the positive statements about your portal: easy to use, clear layout, very good search function, and quick editing!
Jens O'Brien, Borgmeier Media Communication