Imperato on Ahamadinejad and Nukes Defense 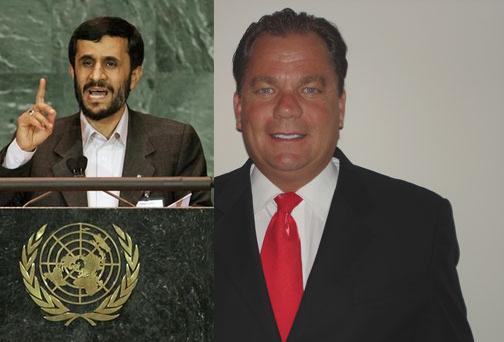 08-06-2018 | Industry, Real Estate & Constr …
ReportsWeb
Construction in Iran-Key Trends and Opportunities to 2021
In real terms, the Iranian construction industry's output declined by 14.9% in 2016, measured at constant 2010 US dollar exchange rates. This was preceded by an annual decline of 16.1% in 2015, 13.0% in 2014, and 10.4% in 2013. This decline can be attributed to the fall in crude oil prices and slowdown of the economy over the period. Moreover, high unemployment, inflation and low domestic production during the review
05-14-2018 | Business, Economy, Finances, B …
Market Research Hub
Payments Landscape in Iran: Trends, Opportunities and Risks to 2021
An up-to-date research report has been disclosed by Market Research Hub highlighting the title “Payments Landscape in Iran: Opportunities and Risks to 2021". This report provides a comprehensive overview of trends and developments in banking industry. This report provides detailed analysis of market trends in the Iranian cards and payments industry. It provides values and volumes for a number of key performance indicators in the industry, including payment cards and
03-16-2018 | Advertising, Media Consulting, …
Spire Research and Consulting
Iran nurturing its wind energy sector
With the lifting of trade sanctions against Iran in July 2015, a surge in energy demand led to the development of the renewables sector. SUNA – the renewable energy organization of Iran – aims to attract private investment worth USD10 billion by 2018 and USD60 billion by 2025. Wind energy will be crucial to Iran. There are 15 operational wind farms at present with 100,000 Megawatts of potential capacity. Can Iran attract more
07-05-2017 | Arts & Culture
gisela graf communications
Architectural Guide Iran
From the Safavids to the Iranian Revolution Iran has one of the oldest urban cultures, dating back over 4,000 years. In the Architectural Guide Iran, the author and architect Thomas Meyer-Wieser explores Iranian architecture, from the Safavids to the Iranian Revolution, with the help of 360 buildings and projects in Isfahan, Shiraz, and Tehran. On the fictional tour of these three cities - alternating capital, depending on the ruling dynasty -
05-04-2016 | IT, New Media & Software
Foodout
Foodout Successfully Expands into Iran
Foodout, the leading online food delivery player in Baltic states, recently announced that it has expanded into Iran through a joint venture with Netbarg, the leading Iranian e-commerce player, at a time when economic sanctions in that country have begun to ease. The deal gives Foodout access to local knowledge and expertise as it enter the Iranian market for the first time. Foodout sees a huge potential in Iran’s 50 million
03-15-2011 | Business, Economy, Finances, B …
German Global Trade Forum Berlin News
Doing Business Iran 2011 - Business Mission to Iran, 24.-27.06.2011
Berlin-Tabriz-Tehran, March 2011: Iran`s northern province of East Azarbaijan organizes the 3rd. “International Conference on Investments and Business Co-operation” the German Global Trade Forum Berlin News announced yesterday according to the notices made by Forums network in Asia. The conference, strongly supported by the provincial government, will be taking place between 25th.-26th. of June 2011 in the capital of East Azarbaijan, Tabriz. A by-program offers a wide range of specific
Comments about openPR
We publish our press releases on openPR.de because we like people who are "open" - just like us.
Frank Obels, CEO, INCONET - Informationssysteme, Communication und Netzwerkberatung GmbH