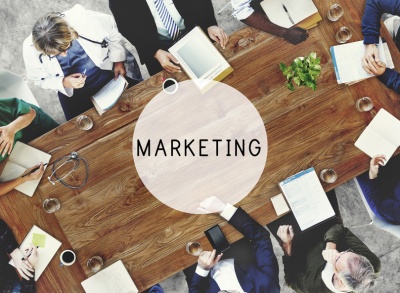 When you create a new website, there is one decision that is more instrumental than any other in securing your success and determining what your site will eventually become – and that’s the niche that you decide to operate in.

The term niche is very related to the term industry. While a product can exist in the food industry, the fitness industry or the pets industry; a website will exist in a ‘niche’ as can digital and affiliate products or other types of media such as social media accounts or YouTube channels.

What Makes a Good Niche?

The secret to a good niche of course, is to find a topic that has a large potential market and is popular, but at the same time isn’t saturated with websites and competition. For example, if your niche was ‘soccer’, you’ll have a huge appeal to millions of people, but there will also be a ton of competing websites to stave off. On the other hand though, if your niche is ‘Miniature Plastic Cats’, then you’ll have very little competition but also a much smaller market (though the market is likely to be very loyal when you get in contact with the right people).

The most popular niches often include:

Each of these though is arguably too popular for many bigger businesses to have luck in. That also means that any PPC advertising that you pay for is going to cost more because the competition will be higher (and it is competition that will drive up the price of PPC ads).

One of the things that helped these niches to become so popular in the first place is their universal appeal and the fact that they have a strong value proposition. The latter means that those niches offer to really help people by increasing their finances, by helping them set up businesses or helping them to find love. Those are really powerful drives that drive up spending power.

Another Option: Creating Your Own Niche

openPR tip: This is a difficult balancing act and a critical early decision, but what if you could get past it by creating your own niche? That way you could find a topic where there’d be no direct competition and where you could really make an impression as the number one authority – and this wouldn’t even necessarily have to be a very small and unpopular subject.

Another option is to combine your niche with another subject that has a thematic connection. Bodybuilding for example could be neatly tied together with self-improvement as it is a form of self development in itself. Likewise, you could combine bodybuilding with running as the two are both forms of exercise with a similar end goal. You can get creative with these combinations too: how about cooking and art? Brain training and programming? Music and therapy?

A similar strategy is to find a particular market to promote your niche in. For example, that could be ‘Cooking for Smart People’, or it could be ‘Style for Rebels’. This way someone can feel like they are reaffirming their own identity by reading your site, while at the same time enjoying the specific aspects of the niche they love in articles that feel custom made for them. This can have a surprisingly powerful effect and it’s a great way to attract long-term visitors.

Do Something Worth Talking About

Another option is to do something that’s worth talking about yourself and to make a website as part of your strategy. So, for example then, if you’re an app developer, then you should create a website for that app not only to promote the app itself, but also to provide people with somewhere to read about it in case it becomes successful. If you get 10,000 downloads and all those people want to learn more about your app and others like it, then you’re missing a trick if you don’t create the ‘official’ site at the same time.

Another way to create an entirely new niche is simply to be on-the-ball and to act fast when something new comes up that you could see yourself writing about. Create a website called ‘Avengers 5’ for instance and you can start writing speculative articles, news and more before anyone else even gets the chance. Similarly, if you find a good up-and-coming band, or if you find an underground movement, starting to write about it early on can give fans/practitioners somewhere to discuss their new hobby while there aren’t any other options available. VR Fitness for example isn’t much of a niche right now, but there’s a strong chance it will be in future.