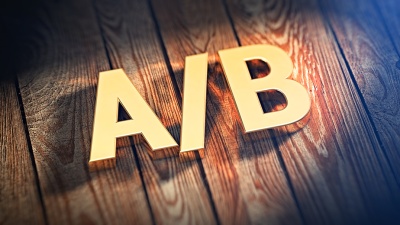 If you are in the marketing or advertising industry, or you have been advertising your own products and services for some time, you are probably already familiar with the process of multivariate testing, even if you aren’t that familiar with the term. In this article, we will be studying this technique in-depth as it relates to a marketing strategy, as well as exploring the advantages and disadvantages of the process.

The alternative to multivariate testing is called A/B testing. A/B testing is sometimes called split testing. Marketing experts used to advise only A/B testing, where you try two drastically different advertisements or landing pages and see which one performs better. For example, you might create two different ads with unique text, different headlines and different visual elements and see which one gets the most clicks or conversions. The difference between multivariate testing and AB testing is also often found in the purpose of the test. For example, one of the ways that A/B testing is commonly used is to determine which of two vastly different methods is more effective. For example, one ad might have a great deal of written information on it while the other uses very little text and mostly pictures.

But multivariate testing usually has the purpose of tracking response throughout a series of minor changes. You can see how this may give you a lot more information about what is going on in the mind of the consumer than a simple this-or-that test. When the majority of subjects choose an option with an A/B test, all you have learned is that one method is more effective than the other. But the information gathered from multivariate testing can tell you why one thing worked over the other, and more importantly, which small changes you can put together to create the most effective ad possible.

Let’s take a look at some of the common uses examples of multivariate testing. Some good examples of this strategy include offering several different options on a call-to-action button, or using several different colors for the CTA button. Another good example is to test various configurations of text and visual elements on a webpage, as well as giving more weight to one or the other. These are just two ways to use this powerful strategy. The variables that you can change number in the thousands. Multivariate testing is one of the most effective ways that you can optimize your website to lower your bounce rate and increase conversions.

You should always be testing to make sure that you have the best combination of elements. Multivariate testing is sort of like evolution. Use natural selection with your webpages and advertisements, getting rid of traits that do not perform or offer some advantage and keeping the ones that do to create something that is going to outperform the competition.

openPR-Tip: Multivariate testing is best used when you have several minor elements that can be changed, but you don’t know which ones you should change. Instead of creating a whole new design that is markedly different than the original, such as with A/B testing, just change a few minor things and see what the response tells you.

You have to keep in mind that you do need a significant amount of traffic in order to get enough data from a multivariate test to know what is effective. That’s because you’re splitting your traffic into several different groups. With A/B testing, all you are doing is dividing your traffic up 50-50. You still get half of your traffic to each option, and that means that you will likely have enough data to draw a conclusion. But depending on the number of options that you have with your multivariate tests, you can split your traffic five, seven or possibly even 10 different ways, and if you don’t have the traffic to support that kind of testing then you cannot be sure of the results that you’re getting.

Multivariate testing can be a very useful tool in marketing and advertising. However, you do have to know how to use it correctly, and more importantly, when to use it. Some campaigns will work better with straight A/B testing, but most can benefit from multivariate testing as long as you have enough visitors to be able to send them to multiple landing pages and still collect enough data to be useful.