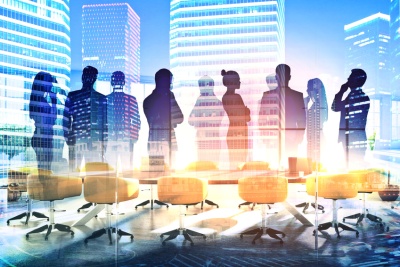 A media tour can be a really terrific way for companies to develop a good relationship with the press. Companies that spend a great deal of time in the public eye should have those relationships so that they can work better with the media in the future. In this article, we will discuss the media tour in detail, including who should be attending them and what sort of strategy you should follow when planning your own media tour.

What is a Media Tour?

The first thing that you will want to understand is exactly what a media tour is. The term makes it sound like something complex, pompous and time-consuming, but it doesn’t have to be that way in fact, it usually isn’t. A media tour usually just refers to some sort of event where company executives meet with journalists and exchange information.

This is usually a casual occasion, often conducted over only a few stops, in cities with a significant amount of major media. These reporters and analysts meet with company representatives in a setting like a hotel conference room or the media office to discuss something newsworthy that the company is interested in announcing and the reporters are interested in reporting on. This may be a new product launch, a merger or restructuring or the meeting may simply be a discussion of issues within the industry.

Why are Media Tours Important in Business?

Media tours are an extremely important strategy in public relations because not only do they allow for the company to build a rapport with some of the members of the target media, but they also allow for the right information to go to those reporters. There is no guarantee that a press release is going to pass on the right information, or that it is going to answer the reporters’ questions. This means that an article that is written about whatever the company is announcing may not contain all of the information the company executives would like it to. But when there is a face-to-face meeting, there is plenty of opportunity to exchange information and build a good rapport with the media people that will be writing those articles.

How to Plan a Media Tour

Planning a media tour does require a lot of preparation work. You definitely need to know who your target audience is, and who the media representatives serving that target audience are going to be. You also want to make sure that all aspects of your itinerary are planned out carefully and that you send out a media packet in advance that gives reporters enough information to become interested in the story and do their own research.

The media tour can be an extremely useful tool for companies to meet with media representatives and answer all of their questions. When a new product is being launched, the more earned media you can get, the more successful your product launch will be without having to spend any money on promotion.

First FH Awareness Day Raises Profile of FH, A Genetic Disorder Affecting 1 in 500
SOUTH PASADENA, CA -- Affecting as many as 1 in 500 people, familial hypercholesterolemia (FH) is an extremely common but tremendously undiagnosed genetic condition. It's because of the lack of awareness of this deadly but treatable disorder that Katherine Wilemon started The FH Foundation and, this year, spearheaded the first
Financial Security Expert Reveals the Scary Truth About Traditional Investing on WGN America
Santa Fe, New Mexico — Financial security expert and New York Times best-selling author Pamela Yellen has been on a whirlwind media tour in 2010, debunking the myths behind traditional financial investment strategies and revealing the scary truths haunting the 401k’s of many employees. After Americans saw $11 trillion in personal
Design Solutions at the International Furniture Fair Singapore 2019
Singapore: In the 9th and 12th of March, Design Solutions debut its out-of-the-box solution at the International Furniture Fair Singapore (IFFS). After years of thoroughly developing a state-of-the-art solution for interior designs, Design Solutions is now out and ready for the world to see, and IFFS is one such great
National Child Alert System Now Offers 3-D Imagery To Aid In the Identification of Missing Children
Last Saturday, the little league team in Gordonville Virginia lined up to have their pictures taken with a state of the art 3-D image processing system. The 3-D camera, which captures trillions of points of data with infrared technology, will be a critical tool in helping law enforcement and the
HOW ONE ATHLETE CAN CHANGE THE WORLD
If there's one thing our world needs right now, it's what Taylor Rochestie calls A New 20/20 Vision. 2020 or 2021 can be a symbolic start if we choose to believe- the chance to actualize our dreams with new found reprogramming and to finally see our own potential with
© 2004 - 2022 openPR. All rights reserved. FAQ | Imprint | Privacy Policy | Terms & Conditions | Cookie Settings