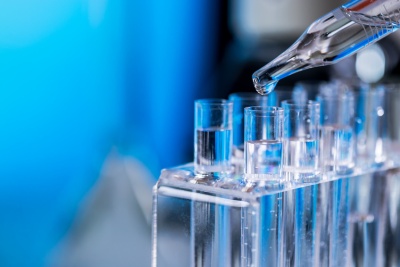 Lauryl alcohol is one of the fatty alcohols currently on the market and occupying a large corner of that market space. It is also known by the name dodecanol. The dodecanol market activities have declined recently due to a great deal of volatility in the price of feedstock.

What is Lauryl Alcohol?

Lauryl alcohol has no taste, nor does it have any color. However it does have a very specific scent. Most people report it to be a floral smell. The lauryl alcohol market has definitely declined over the years. Around 60,000 tons were being produced annually in the 1990s just to meet European demand.

The fatty alcohol market has definitely gone through some lean periods in the recent history. Fatty alcohol has been used in various products including most recently, detergents, preferred because it biodegrades very well and it's so effective.

But in 2001 and 2002, the industry of lauryl alcohol products definitely declined. Historically, the United States and Europe share the title of major world markets when it comes to fatty alcohols. But China has been steadily growing to become a competing force among the market. In 2002, one of the leanest years for fatty alcohol, the market was valued at $1.87 billion dollars. However, starting in 2003, prices for fatty alcohol increased to around $110 per ton.

The Current State of Fatty Alcohols like Lauryl Alcohol

Although it isn't clear how much fatty alcohol like dodecanol is currently being produced, it was estimated the consumption reached nearly 2 million tons in 2009, with a price of $1,200 per ton.

Due to the rise of chemical Industries in manufacturing, the demand for lauryl alcohol continues to increase every year. Part of the market demand also comes from the fact that the number of personal care products that consumers use continues to go up as well. In addition, there are various economic factors like the amount of disposable income, the urbanization of regions where historically there was no need for these products and lifestyle changes in certain areas.

There are six different areas where lauryl alcohol is used. The first is the aforementioned personal care products. Dodecanol is also used for lubricants and greases, surfactants and easters, metal cleaning products, detergents and pulp and Ppaper processing. You can find dodecanol in three basic forms: baggies, drums and liquid in bulk. There are also several grades and forms of the substance including: NF, pastilles and kosher products.

There are a number of industries that have such a significant amount of lauryl alcohol in the products they use that they are considered end user market segments. These include the automotive industry, textiles, petrochemicals, the chemical industry in general, the cosmetics industry, the ceramics industry, pharmaceuticals and construction. Depending upon the agent that is used lauryl alcohol can be used for emulsion, or as a thickener. Some of the major companies in these industries that use lauryl alcohol include VVF L.L.C, P&G, Lubrizol Corporation, The Dow Chemical Company, Eco green, Oleo chemicals, Croda International, Henkel, Unilever, Kao, Lion, and Colgate.

The Most Recent Market Numbers

In the most recent Market numbers, the first quarter of 2017 saw fatty alcohol contracts in the US Rise by $0.05 per pound over the previous quarter. Palm kernel oil, which is used in feedstock, had a major price increase during that same quarter and then a bubble was created as those same prices fell. Experts predicted that fatty alcohol price increases were eminent and in the second quarter of 2017, contracts once again begin to rise in price. The most recent predictions show that fatty alcohol prices will soften because of lower Palm kernel oil costs.

Predictions for the Far Future

The total alcohol ethoxylates market revenue was $998 million in 2014 and just over a billion the following year. Experts are predicting that the total alcohol ethoxylates revenue will continue to rise, but fatty alcohol we'll have a much slower climb than anything else, and in fact, will stay nearly level from 2016 to 2018. There will only be slight increases beyond that with predictions going up to 2025 showing only an approximate market revenue growth of about 10% over the entire decade.

The industry does have several factors that are impossible to predict and may shift the predictions considerably. One factor is that there are lots of major manufacturers centered on the production of raw ethylene oxide which means that production costs could go down. The total cost of lauryl alcohol is made up of this manufacturing cost and is not an insignificant amount.

In addition, especially in the United States, the industry is beholden to quite a few very stringent regulations because of the toxic chemicals that are used in surfactants. There has been a great deal of legislation trying to make the manufacturing process and the products themselves more environmentally friendly.

Because they are so effective at consumer level and industrial cleaning, fatty alcohol products total revenue of $1.9 billion dollars in 2016. These fatty alcohol products generally have low levels of toxicity and that is why they are so popular when it comes to personal care products and cosmetics. The personal care industry is certainly going to drive growth in the years to come.

The Geography of Lauryl Alcohol

In 2016 and 2017, the industry is expected to see North America and Europe sharing the biggest spot on the region list nearly equally. The European market brought in 34.7% of the global revenue in the year 2016, and the numbers for North America we're almost identical. However, because of how quickly industrial development is happening in India, Japan and China, it is easy to predict that these nations will soon make up a significant portion of the global market as well. This is an extremely competitive market with a number of large companies doing the manufacturing and distributing all over the world.