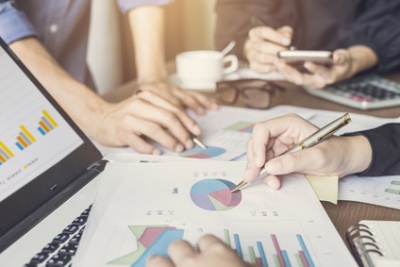 Gross rating point is a metric that plays a critical role in the advertising industry. It’s what marketers use to find out how and where they should place commercials and what television networks use to prove they are worth the amount of money they cost.

Simply put, gross rating point is a mathematical equation. This equation is used by media planners and media buyers in order to find out how many individuals within a specific audience may have seen their advertisements.

For example, if you wanted your advertisement to be seen by men between the ages of 30 and 50 and you were aware that 40 percent of the viewers in that demographic tuned into a specific channel at a specific time, you could purchase advertising space within that time frame and on that channel. While there are additional factors, the main point of gross rating point is to estimate and measure the amount of exposure an advertisement has received among the audience it is intended for.

Nielsen is the gross point rating giant. They provide TV rating estimates on the percentage of the total of the public that watches TV. They also provide percentages on the viewers within specific demographics that watch particular networks or television shows. There are more than 118.4 million TVs in households throughout the United States and Nielson offers estimates for the majority of these viewers.

According to Nieslen, their panel is an accurate representation of the television viewing public in the United States. Despite this, some of the methods they use to determine viewership are inefficient; however, their gross rating points are considered the standard.

The answer to this question is unknown, but it is known that it has been in existence since sometime in the 1950s. Back then, however, the amount of television networks was few and the top priority of advertisers was whether or not viewers were seeing their ads.

Does Gross Rating Point Measure the Effectiveness of Ads?

No. But it is believed that if the ad was viewed enough ties by a consumer that he or she would possibly purchase whatever it is that the ad was advertising. However, GRPs don’t reveal whether or not viewers actually saw an ad; for instance, while the television may have been on when the ad aired, that doesn’t necessarily mean that it was viewed.