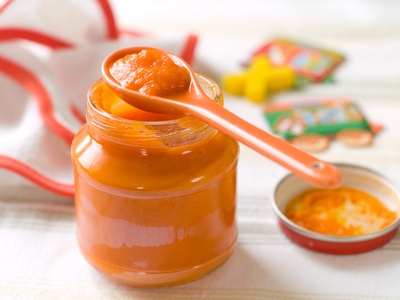 The Global Baby Food Market is estimated to be valued at $62 billion US dollars by the end of the year 2022. This market is expected to see a moderate compound annual growth rate of approximately 7 percent between 2017 and 2022. Factors that are expected to fuel the growth of this industry include the increased employment of women, the growth of the population worldwide, and the declining rate of infant deaths on a global scale.

The global baby food market is comprised of products that are specifically manufactured and marketed to meet the nutritional needs of babies. These products are of significant value to parents that are actively seeking new and improved formulas for infants, as well as foods that are easy to digest for their babies.

The global baby food market is among the fastest growing retail products offered in the food and beverage sector. During the coming years, this market will continue to see favorable growth.

Factors Fueling the Growth of the Global Baby Food Market

Several factors are expected to contribute to the augmentation of the baby food market on a global scale.

The rise in the population of working women worldwide largely contributed to the increased size of this market in 2016. As more women are in the workforce, there is more of a demand for packaged baby foods, as mothers do not have the time to dedicate to making their own baby food at home. This factor is expected to largely contribute to the growth of this market on a global scale during the projected time period.

The declining rate of infant death also sparked the growth of this industry in 2016. As more babies are living through infancy, there is more of a demand for baby food that meets the nutritional needs of growing babies. During the forecasted time period of 2017 and 2022, the incidence of infant death is projected to decline even further, which will allow for even more growth opportunities in this industry.

Lastly, the increased popularity of prepared and packaged baby foods among high income groups as a part of their status quo, particularly in emerging economies, is also expected to further drive the size of the global baby food market.

The baby food market is segmented according to product. These products include:

In 2016, the bottled baby foods segment dominated the global baby food industry, accounting for the largest market share. In the coming years, these products are expected to continue leading the growth of the market.

The global baby food market is also segmented according to type, which includes:

Both of these types are further classified into subgroups, which include substitutes for mother’s milk (formulas), cereal based foods, fruit and vegetable purees and frozen foods, among others.

It is predicted that the organic food segment will see the most growth during the forecasted time period. This will largely be due to the fact that consumers are becoming more inclined to purchase products that are organic, as they are free of pesticides and other harmful products. Moreover, the quality control for organic products is much more stringent than it is for conventional baby food products.

Baby foods are distributed via a several different channels. These distribution channels include:

During the projected time period, all of distribution channels are projected to see growth. However, due to the increased use of the Internet and greater access and availability of smartphones, computers, tablets and other electronics, coupled with simplified e-banking systems, the eCommerce distribution channel is expected to see the largest amount of growth in upcoming years.

The global baby food market is segmented by regions. These regions include:

In 2016, North America dominated the industry, as it accounted for the largest market share during that year. Forecasts predict that North America will continue to dominate the market in terms of revenue between 2017 and 2022.

Asia Pacific is also expected to see significant growth in the global baby food market in the coming years. The growth of this market in this region will largely be due to the increasing size of the population, the growth of emerging economies, the declining rate of infant death, and the increased awareness of the importance of proper nutrition for babies. India, China and Indonesia are expected to be the major contributors to the growth of the baby food industry in Asia Pacific.

Other key players include

The expansion and development of the baby food market in developing economies, such as China, will make this market even more favorable in the coming years.

Global Baby Food Market Sales, Demands, Growth & Pricing 2018
Qyresearchreports include new market research report "Global Baby Food Market Research Report 2018" to its huge collection of research reports. The global Baby Food market has been exclusively and elaborately examined in this report while taking into account some of the most pivotal factors holding the capability to influence growth. For
Global Baby Food Market 2017 - Heinz, Hipp, Danone, Friso, Nestle, Organix, Plum Baby
Qyresearchreports include new market research report Global Baby Food Sales Market Report 2017 to its huge collection of research reports. Baby Food Research report is a comprehensive research on various aspects shaping the current growth trajectory of the Baby Food market and analyzes the factors boosting its evolution during the forecast
Global Baby Food Market to Surpass US$ 101.8 Bn by 2026
Increasing incidences of malnutrition among children has spurred the global demand for nutritional baby foods. The overall food and beverage industry has witnessed a steady rise in the production of baby foods over the past few years. Parents with traditional approach towards providing nutrition to their babies are shifting to
Global Baby Food Market Anticipated to Surge at a CAGR of 5.5% Through 2026
New research report offers a comprehensive analysis of the “Global Market Study on Baby Food: Demand for Infant Formulas to Gain Traction During 2017 - 2026“The main objective of this report is to deliver insightful information and clear-cut facts pertaining to the growth trajectories of the market. Request to view Sample
Explore Explore Global Baby Food Market Outlook - Size, Share, Development, Growth and Demand Forecast to 2023
The increasing population and growing demand for nutrition are the key growth drivers for the global baby food market. The up surging urbanization and growing disposable income of the people is further expected to propel the growth of the global market during the forecast period. Request for Sample Copy of Research
© 2004 - 2022 openPR. All rights reserved. FAQ | Imprint | Privacy Policy | Terms & Conditions | Cookie Settings