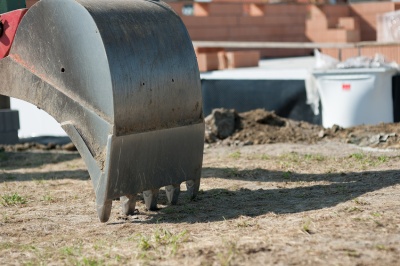 The equipment market encompasses many smaller markets with huge segmentation. Likewise, some form of equipment is used in nearly every other market and industry, demonstrating just how important the market really is.

The term equipment can be used to describe nearly any form of tool or appliance that is used in a practical manner to accomplish a task. Generally, though, the term will refer to ‘heavy equipment’, which we will discuss here. The equipment market has an impact on countless industries and is endlessly segmented. From fitness equipment, to laboratory equipment, to equipment used in manufacturing – the entire industrial revolution is dependent on equipment of some form.

The specific area most associated with the term however is the heavy equipment market. This market is already incredibly valuable at a huge $121.46BN USD. All construction work is reliant on heavy equipment of some form of another and as plans for modernizing our cities increase, the demand for this technology will too. The market is expected to be worth USD 180.66 billion by 2021, giving it a very high CAGR of 7%.

While heavy equipment can be used colloquially to describe any equipment that is a significant weight, it is generally used to refer to those heavy duty vehicles designed often for construction tasks. Heavy equipment training often involves learning to use these pieces of equipment for those tasks and is often included in general construction training.

Heavy equipment training covers machinery designed for dealing with large loads including construction devices also known as engineering vehicles or earth movers. They 'heavy' in the title refers to both the weight of the machinery itself, as well as the heavy loads that they work with. These devices can then be further delineated into different categories known as: implement, traction, structure, power train, control and information. Most of these systems use hydraulics to exert force and can deal with extremely heavy loads in excess of 2,000 tonnes in some cases.

Though far from a comprehensive list, those pieces of machinery that can be considered examples of heavy machinery include: cherry pickers and other elevated work platforms, forklifts, air-tracks, tractors, trenchers, bulldozers, excavators and compact excavators, transfer trains, scrapers, skidders, cranes and crane trucks, tunnel boring machines, harvesters, pile drivers, drilling machines, trenchers, cement mixers, some military vehicles, rollers, roadheaders, wheel dozers, skips, skip loads, haulers, some trucks such as articulated trucks and rigs and a large range of other large devices – most of which would be covered at least briefly by heavy equipment training/construction training.

All of these pieces of equipment require some kind of training before they can be used. While they are highly useful and versatile and allow many jobs to be completed that would otherwise be impossible or require intense man-power and time, they are also highly dangerous making heavy equipment training important for all construction workers.

Let’s take a look at one example of a piece of heavy equipment and its use: the crane truck.

A crane is built from reinforced steel and made up of a truck with a cabin at the front and the crane's boom itself coming up from the back behind the truck. Usually there is a second cab at the base of the boom for operating the boom independently of the truck. This boom describes the long 'arm' that is used to life up the heavy items while holding them at a safe distance from the driver. The operator then sits inside the cabin and utilises the multiple controls in order to operate the boom. This is one area in which crane operator training becomes very useful as the controls are many and complex.

The boom itself is made up of multiple sections that telescope together – in other words larger sections fit inside the smaller sections in order to allow it to extend or compress which makes the boom longer or shorter so it can bring items closer to the ground or lift them up and away. It is attached at its base to the truck itself but on top of a gear that allows it to be rotated 360 degrees, as controlled by the driver using a foot pedal. At the same time it has reinforced steel cables running all the way along the boom and over the end where it can then lift one of several items. A heavy metal ball attached to the end of these cables ensures that they remain taught even when they aren't lifting a load and thereby also prevent them from tangling or retracting past the end of the boom. The number of steel cables here dictates how much load the crane can carry safely – which you will learn to deduce at your crane operator training or heavy equipment school. You will also need to use your controls to extend or increase the length of these cables to control the object on the end.

Learning to drive a crane truck in a construction school will have many benefits and be useful for a range of scenarios – from transportation, to construction, to mining, drilling, railroads, heavy equipment years, building supply dealers, emergency operations and some forms of entertainment. These allow objects to be lifted directly up and out of an area without touching the sides and provide one of the few ways to lift items past a certain weight to a reasonable height.

So, for instance, a hammer is a force multiplier because it allows you to exert more force without striking any harder. Give a team of builders a supply of hammers and they’ll be better able to complete a job in a shorter amount of time.

The same is even more true for forklifts, or for cranes. And when you look at it this way, it becomes apparent why businesses continue to invest so much in this industry.

Battery Testing Equipment Market
2019-2025 Battery Testing Equipment Market Report with Depth Analysis Technological advancements such as lead-acid batteries with increased life cycle and better efficiency have increased the demand for rechargeable batteries. More than ever before, these rechargeable batteries have increased the demand for portable products such as powered tools, et cetera. Request For Free report Sample -https://www.reportsmonitor.com/request_sample/292961 Scope
Dialysis Equipment Market
Dialysis machines are artificial kidneys that perform kidney functions for patients who have permanent or temporary renal failure. Dialysis machines use to cleanse the blood and balance its constituents. By the help of this process, the patient blood is circulated through the machine where it is filtered and balance for electrolytes,
Agricultural Equipment Market
Persistence Market Research’s report, titled “Agricultural Equipment Market: Global Industry Analysis and Forecast, 2016-2024,” estimates the market’s present value at a little over US$ 100 Bn, anticipating it to incur a sluggish growth a 3.5% CAGR. During this forecast period, the global agricultural equipment market is also likely to witness
Global Cloud Equipment Market
Cloud computing is the distributed computing on a network along with the capability to run an application or program on numerous connected computers at the same time. It specially refers to computing hardware device or group of computing hardware devices connected via communication network such as an intranet, internet, wide
Dental Equipment Market
The Global Dental Equipment Market was valued at US$ 6,342.3 million in 2015 and is projected to expand at a CAGR of 4.7% during 2016–2024,according to a new report published by Coherent Market Insights.Increasing prevalence of poor oral health is increasing patient visits to dental clinics and in turn, is
© 2004 - 2022 openPR. All rights reserved. FAQ | Imprint | Privacy Policy | Terms & Conditions | Cookie Settings