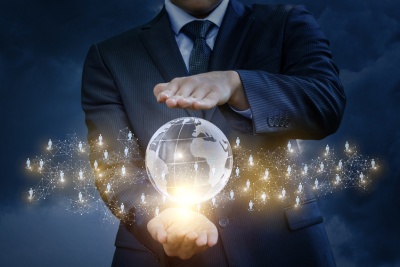 The Sense of Community PR

The first thing that you have to understand is that the public relations department is there to portray the company in the best light possible to the general public. Since one of the major ways that the public hears about events and news stories regarding a company is through the press, this is generally how public relations is handled. PR Representatives are familiar with the newspaper, radio, television and other media outlets that cover the various types of news, particularly the ones that cover that industry.

Since PR reps know these outlets so well, they are able to manage stories and work with reporters, usually to present the company in a positive way. Of course, the job of a PR executive also includes minimizing damage control when there is a negative story about to get out to the general public regarding the company they work for, but in either case, these are not the same things that a community relations representative would do.

Community relations refer to the relationship that a company has with their local community. Obviously, the most common relationship is that of a small business in the community when with which it serves. But even large corporations have communities that they are responsible to.

When you talk about a community, you are not necessarily talking about a physical, geographical location. In some cases, this is true.

a tailor shop in Boise, Idaho Play obviously serves the community of Boise. But they may also serve other types of communities.

Take a company that does cleaning of large offices and buildings. This company may have locations all over the United States, with their corporate headquarters in Sarasota, Florida. But the community wouldn't just mean the corporate customers that in the franchise locations where the company cleans; it also means the entire community companies that inhabit large buildings.

That is why a company like this will attend trade shows and go to events where they know their customers will be present. They are forging relationships with the community.

One of the most popular ways to alert the community to your presence is simply to pass out information that lets them know who you are and what you do. A press packet or other PR collateral is a good start to making headway in the community.

But you can let the community know you were there in other ways as well. For example, simply showing up to a trade show or industry event will allow you some recognition. If it is the type of event where you can rent space and put up a banner or pass out brochures then all the better, but if not then community relations representatives can simply introduce themselves and pass out their business cards to let people know who they are.

Become Valuable For Your Community

The third thing that you have to do is to become valuable with in that community. Suppose that you just moved into a brand new town; your first week there, a house two blocks away from you burns down. Luckily, nobody was home at the time, but there is now a homeless family with children and the community has decided to pitch in and build them a new home. They pass out flyers asking anyone to contribute financially or with their skills and labor, and you end up getting this information. If you were to go out and help rebuild that family’s home, besides being the right thing to do, it would allow you to present yourself to the community and show that you have something to offer, even if it's just a small financial contribution and pushing a wheelbarrow around for a few hours.

This is the same if you are representing a company. Sometimes, you may even get the same sort of situation, where you can show up at a charity event and simply by being there and introducing yourself to anyone that asks, you are building your company's relationship with the community.

Finally, you want to get involved building community relations is a skill that you can hone. Of course, if you are just coming out of college, and you get hired to be a company's public relations or community relations person, then all you have to rely upon is the skills that you learned in school.

Community relations do take practice. It also takes getting to know the community that you are trying to become a part of, so you know how best you can fit in to that community.

If you can consistently make your presence known to the people in the community, then you are going to find that your company's image is better and word about your products and services is going to spread even without you having to do marketing for them.