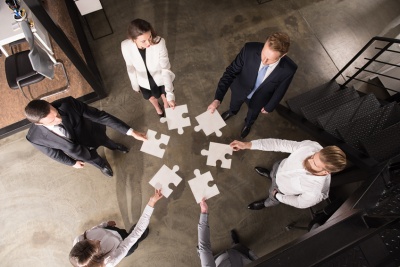 Co op advertising is also known as cooperative advertising and this essentially means that you will be teaming up with other advertisers in order to cost effectively communicate their message to a broad audience.

Cooperative advertising is a varied notion that can be used in a number of different ways depending on the manufacturer or the retailer. Usually, this involves one party paying another a portion of their advertising costs, as well as supplying the retailer with photos and graphics that they can use in the ads.

The adverts will then be used in order to

So, for instance, let us say that you are a company that manufacturers a piece of fitness equipment and you want to reach as broad an audience as possible with your marketing but you don’t have the biggest budget. You then manage to strike a deal with a particular store which will stock and distribute your product, which is a win seeing as you are gaining some advertising benefit simply from being on those store shelves – especially if you have optimized your packaging.

openPR tip: With co op advertising though, you are also going to attempt to get them to advertise your product in their own ads. Say it is Black Friday and the company is trying to get more people into stores. They might then want to demonstrate that they have interesting products available at a discount and they might then choose to include some of those products in their adverts. This is how it is beneficial for them.

But the manufacturer also stands to benefit here, because they are now getting advertising for their product that they didn’t have to produce or pay for. Thus, they might incentivize the store to do this by offering to enter into an agreement whereby they pay a portion of the advertising costs and even provide some of the materials to be used in the ads. This way everyone is winning: both companies stand to benefit from increased exposure, footfall and sales. And both companies are getting their advertising cheaper than they otherwise would have done.

You will have seen these kinds of adverts yourself in the past and you may also have encountered several other similar forms of ‘team ups’ in marketing.

Affinity marketing is another form of marketing that is closely linked with cooperative advertising. Here, two companies might simply decide to team up in order to combine their brands. An example of when you might see this is when a new Disney Pixar movie comes out and another company does a deal with them in order to advertise both. A phone company for instance might release ads that show the characters from the film using that phone and this way, both brands benefit by gaining increased exposure. At the same time, the phone will also benefit from being associated with a brand that is seen as family friendly and wholesome.

Finally, one more way in which two brands can team up for marketing or advertising is simply through sponsorship. Here, one brand will sponsor another: paying them money in order to display a logo on their clothing, to talk about a specific product or to otherwise promote that product or idea in a way that will once again hopefully benefit all parties involved.

openPR tip: On a smaller scale, this can also be likened to influencer marketing, where a company will benefit from association with a blogger, a social media personality, a vlogger etc. who has an audience and trust already established.
Boost Your PR – Submit Your Press Releases to openPR NOW! Click Hier for FREE Press Release Submission

Online Business Owners and MLM Reps are Eliminating all Cellular, Long-distance, and Internet Costs
Wakefield, NH – The cost of doing business is high, so online business owners and network marketing representatives are excited about a simple way to eliminate all their costs for cellular phones, long-distance, Internet access, and even their local phone service. Jeff Augason has an online business at www.JeffTheGeek.com with clients
College Students Make Extra Money with Free Affiliate Web Site for Cell Phones, VoIP, Satellite TV
Wakefield, NH -- A student has found a niche he is capitalizing on -- cell phones and VoIP for college students who want to make extra money. Michael Bresnahan says it cost him nothing to start his online business and nothing to run it. A company gave him a free affiliate
GREENLITE GIVEAWAY LIGHTS UP MICROSOFT CAFES
February 28th -Thursday, Greenlite Lighting Corporation will give away 32,000 Compact Fluorescent Light (CFL) bulbs to Microsoft employees on the company’s Redmond Campus. The giveaway will take place at various Microsoft Cafes. Huge boxes of the environmentally progressive CFLs have already been delivered in anticipation of employees lining
Insurance Agency Marketing Firm Launches Search Engine Optimization
I-Marketing Management has launched a search engine optimization service that will help improve the placement of agency and broker Web sites on popular online search engines such as Google and Yahoo, said Laurie Donohue, executive director of I-Marketing Management, a van Aartrijk Group partner. I-Marketing Management customizes branding plans for
© 2004 - 2022 openPR. All rights reserved. FAQ | Imprint | Privacy Policy | Terms & Conditions | Cookie Settings