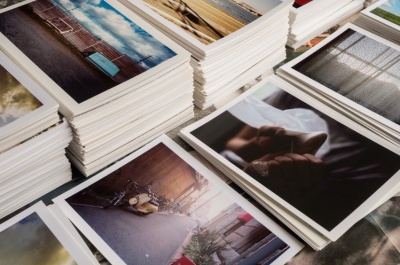 A photo caption, commonly called just a caption, is one of the first things that a reader sees when they look at a photo. Unfortunately, one of the truisms of the marketing world is it photo captions are also almost always the last thing written. But a good photo caption can convey extra information to the reader and enhance the photograph being used in promotional material.

Enhance a Photo with a Caption

There are definitely wrong and right ways to create a caption. As mentioned, the caption needs to enhance the photo somehow:

Take a photograph have a corporate party for example. If someone in the PR and marketing department wanted to use this photograph in order to entice new hires to come to work for them, they will need to caption the photo carefully.

If you were to leave a photo like this completely blank, then the person that was viewing it would be able to draw their own conclusions. This could be a good thing or a bad thing. For example, suppose that there is and a super qualified person that you are trying to recruit by sending out this company information.

This person may look at that photo and think that the company is too loose and not serious enough for them. They may think that people in the company party all the time and never get any serious work done.

Of course, you can look at it from the other side as well. Someone who wants to work at a company that is fun might look in a photo like that and think that the fun looks forced; a caption could shift the balance either way. That's why I good photo caption is so important.

Newspaper photo captioning is a little bit different because you need to ensure that you are telling the right story, but in many ways they are similar as well. In a newspaper photo caption, reporters make sure to identify the person in the photo or the event taking place, along with an age if possible, and a description of exactly what is going on.