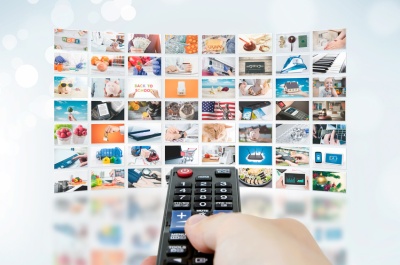 Broadcast media describes all media that is broadcast. That means that it is transmitted as a signal and in 99% of cases this is referring either to television or to radio. Many marketers that work solely online will not give much heed to broadcast media, thinking it is either irrelevant due to the different nature of the platform, or thinking that it is out of reach – often we think of broadcast media as being the sole territory of big brands with huge spending budgets. As we will see, this is not the case.

What is Broadcast Media?

Broadcast media describes the traditional forms of media that include television and radio. Technically, the term ‘broadcast media’ can include the internet as well and even such things as Bluetooth marketing and other forms of location-based transmissions.

Examples of Broadcast Media are:

It is a big mistake to think that television advertising is off-limits for a solely internet-based business and it is certainly incorrect to think that for a brick and mortar store. In fact, if you turn the television on for a while right now, you’ll probably find that at least a few adverts come up for things that aren’t physical in nature. These might include price comparison websites, travel booking sites, marketing companies or anything else.

And this can have a tremendous impact on the visibility and the status of your business. In fact, a single advert on TV at peak time can probably do more to raise the profile of your business than thousands of PPC adverts.

TV adverts have numerous advantages, which include:

So, the next question is whether this is something that your business can afford. Of course, that depends on a great many different factors but for the most part, you are likely to be surprised at just how little it costs.

Typically, an advert on TV will cost between a few hundred dollars (a small channel, not at peak time) to tens of thousands. This is for a roughly 30 second slot. Of course, you also need to make the advert however and the advert needs to be professional looking and it needs to meet all of the guidelines that are set by the broadcasting organization in question.

Creating the advert will likely cost money then too, as even if you have equipment for filming high quality content, you are really going to need highly professional equipment such as shotgun mic, proper lighting, 4K cameras that can film at 4K etc. etc. The volume will need to be set correctly, and you’ll need to meet advertising guidelines.

All of this is very expensive and requires a lot of skill and expertise to use – so you will do better to outsource it.

Another option of course is to pay for radio advertising. This has a few advantages. For one, it is more affordable and can be considerably cheaper. Another advantage is that it is much easier to make – you only need to deal with sound.

Radio ads tend to be more local in nature. This is ideal for any kind of business or service that particularly serves the local area and it makes it much easier for you to get an advert out onto the air and to start benefiting from all the same exposure and the boost in reputation. Related is print media. Print media, as the name suggests, refers to any kind of media that is printed and this tends to include newspapers, magazines and similar formats.

When you create ads for print media, they once again have the distinct advantage of going out to a large audience and often magazines will have ‘circulations’ of hundreds of thousands.

At either rate, the big advantage is that you have broken out of the confines of your own industry and your form of media. If you have an online business, then most of your competitors won’t be using print or broadcast advertising. This allows you to stand out and be noticed and to make people aware of your organization that might not otherwise have been.

The key when dabbling in other forms of media, is to consider many of the same factors that you normally would when creating online adverts.

Make sure that you recognize these platforms for what they are: routes to market. A route to market describes any direct access you have to a large group that falls into the demographic that you have outlined as your target audience or your ‘buyer persona’.

For instance, a fishing magazine or a fishing channel is a route to market because it allows you to target the right people. If you have a fishing supplies website, then you can pay tens of thousands of dollars for a single advert on one of the main channels, or you can pay a fraction of that to get an advert shown on ‘Fisher’s World TV’ which would expose you to all the right kind of viewers. The same goes for Fishing Monthly Magazine.

Consider targeting in this way and think about the time of day that people are likely to be watching TV as well – and of course the types of shows they’re likely to watch. If you have a website that sells comics then consider placing your ad between episodes of a kids’ cartoon – this just makes sense! And of course, you also need to ensure that your content is well targeted in terms of the precise channel. In some cases, YouTube makes more sense!