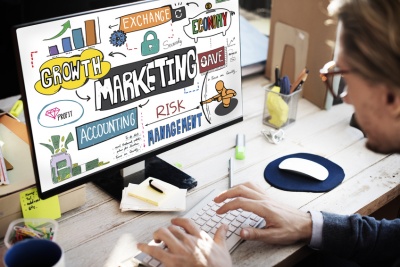 Asset led marketing is a marketing strategy that is highly suitable for larger, more successful businesses that have established themselves in specific markets. This is the best way for said businesses to then break into other markets and expand themselves even further.

In asset led marketing, a company takes a look at its current position in the market and its current assets. What is it about the company that is currently doing very well? What could be going better? What are the company’s best products and services and the ones that aren’t working? Somewhere, the hope is that you will have a strong asset. In asset led marketing, you then take that asset and you run with it, using it in order to propel the rest of your business.

So what kind of asset might we be talking about here? The most common example would be if your asset was a product. One of the most famous examples of this would be from Apple. Apple is one of the biggest OEMs in the world right now and one of the most valuable and recognizable brands. However, it was not always that way and in fact, the company was struggling at one point having gone a long period without any big hit.

It was the iPod that turned this around and made the company headline news again. This was a smartly designed and highly desirable product with a massive marketing push.

So, what does Apple do when it wants to expand into more new markets? It takes the asset-led marketing approach by leveraging the reputation and momentum it had built for itself. This is why the iPhone is called the iPhone. And it’s why the design language is incredibly familiar. You have one massive hit, and now you’re taking that and using it to produce another.

Microsoft can then use any of these brands and products in order to help other areas of its business to succeed. It had a choice: is it a Microsoft Surface Pro? Or a Windows Surface Pro? After all, it was Windows Phone. Likewise, whenever you put the number ‘2’ on a product, that is an example of an asset-led marketing decision.

Asset-led marketing is just one option for a company to promote its next big project. Another option is market led strategy. This means asking what the consumers want, what the next logical step is, what people are crying out for. Then the company goes on to satisfy this want by developing that thing.

This doesn’t have to be used as an either/or option against asset-led marketing though. It can instead be part of a bigger plan that uses both options. For instance, having already released this product or build the brand in this way, now how are you going to fulfill the need that is out there?