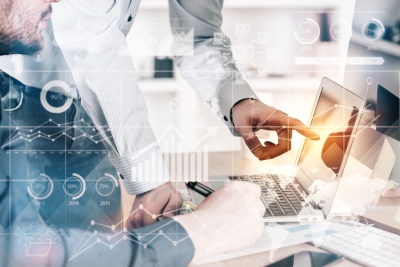 Ad Network Detectors are the ‘AdBlockers’ of mobile. Learn how these will impact the app market for developers, why they are useful and just what an ‘ad network’ is anyway!

An ad network detector is a tool that – as the name suggests – detects ad networks. This can therefore be used in order to detect the ad networks used by specific mobile aps or web pages.

What is an Ad Network?

The best known ad network is probably Google AdSense. This is a platform that sells advertising space on thousands of websites across the web. These are the ads that you will often see when browsing your favorite sites and that make those publisher money – usually each time someone clicks on one of the ads.

Mobile apps have now begun to make money in a similar manner using ad networks such as AdMobs. These show on top of mobile apps and therefore allow developers to make money from their apps as they are used.

The problem is that networks like AdMobs can get in the way of the experience for users. Not only that, but some will show averts in the notification tray of the phone, thereby becoming an irritation. This is where an ‘ad network detector’ comes in – such as LookOut – and allows users to search for ad networks on their phones and to remove the offending apps if they so wish.

What Does This Mean for Developers?

So, what does this mean for app developers? If people block their ads, how can they still earn money?

As it happens, AdMobs and other AdNetworks are only really profitable for certain types of app anyway. The amount paid out for each click is minimal (a few cents normally). Full screen video ads are more profitable but these significantly impact the experience for the user.

If you want your app to make you rich and the number of downloads isn't enough – you need to get cash from those downloads. Using the in-app advertising provided by AdMobs and other ad networks isn't really enough as you'll only make a few cents per click – you'd need thousands of downloads and for your app to be used on a very regular basis to make any money from that.

On the other hand though, if you sell your app for about $1, then you'll be surprised how this can add up if it's a hit. Sell 20,000 over time (as many hit apps do) and that's $20,000. Have five apps this successful... you get the picture. A lot of people will download paid apps and only ever use them once. Charging in this case is the difference between earning nearly a dollar or earning one cent for a single ad impression.

And of course you can also include advertising to your own products – and if you have a product that sells for $20, then this could be an effective way to make money that's more successful than advertising for a few cents per click.

In these cases, ad network detectors are no threat.

How to Build a Hit App

The respective app stores on Android and iOS have created many opportunities for developers with a modicum of coding skill and have created an environment where the individual entrepreneur can once again compete with the big businesses. Once upon a time in the days of the ZX Spectrum and BBC, people would code hit games and software in their basement that would go on to make them rich – and once again this is possible.

Of course, though not everyone will be as lucky and some apps still do of course bomb rather than soar. There are several things that make the difference here and while luck plays a big part there are certainly strategies you can use to encourage success. Here we will look at some top tips that will help to make your app a winner and give you the best shot at living the dream.

Look for a Gap in the Market: When you do SEO you will first do your keyword research to see what people are searching for and to look at popular terms that don't have too much competition. The same thing applies here, and if you can find something people are looking for and provide a solution then you will be almost guaranteed to be a success. Unfortunately there's no keyword tool equivalent here, but start typing an app you think might be popular in the app store or the Play Market and you'll see some suggestions that might be able to help.

Name Well: When you create your app to suit that need you need people to be able to find it, and this is something that can be quite difficult if you are just using traditional marketing. Instead then, use a name that directly echoes what people are searching for – if it's a flash light then call it 'flash light', and if people are searching for the best flash light then call it 'best flash light'. Exact name domains aren't holding as much sway online, but exact name apps currently still have an edge.

Iterate: Release your app before it's ready, listen to feedback, and then iterate. In business this is called the 'feedback loop' and it means that your app will 'evolve' to suit what people are looking for. By focussing on the features that are a hit and removing those that aren't you can ensure your app grows in success over time.