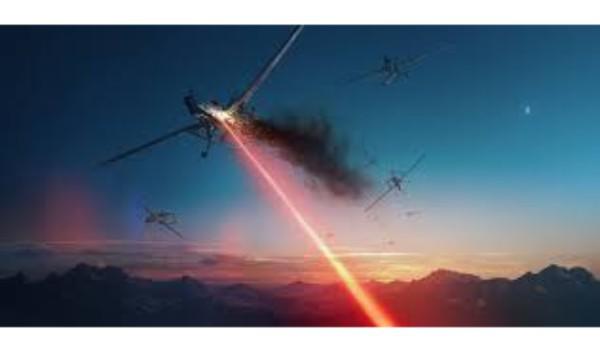 Most directed energy weapons (DEW) present the very unique advantage over conventional weapons of ammunition cost reduction. The cost per shot of directed energy weapons is far lesser than the same for conventional weapons. A DEW missile defense weapon, for instance, shoots high powered laser beams at an incoming missile to overheat it and cause it to explode. Conventional methods employed include shooting at the missile with land to air weapons that consume a large amount of ammunition to get the job done. Therefore, DEWs not only consume lesser dollars per shot, but also require fewer shots. This is currently the key advantage that clients demanding for directed energy weapons are looking forward to. Directed energy weapons are also versatile in utility as they can be used in warfare as well as in crowd control situations. DEWs are highly effective in dispersing crowds and riots and have been seeing an increase in use across the world. An example of a commonly used non-lethal crowd control DEW includes the Active Denial System. View This Report - https://www.transparencymarketresearch.com/directed-energy-weapons-market.htmlAs a result of the above factors and others, the global directed energy weapons market is expected to progress at a CAGR of 20.8% within a forecast period from 2014 to 2020, in terms of revenue. The market is expected to reach US$5.21 bn by the end of 2020. North America to Report Reduced Consumption of Directed Energy WeaponsNorth America is expected to remain the leading consumer of directed energy weapons till 2020, by when it is expected to take up 52.9% of the global market’s value. While this is actually a drop in share value, the geographical segment is still the leading one. The demand for weapons in general is expected to reduce in North America due to the significant budget cuts made by the U.S. in its defense sector. Being one of the strongest defense bodies in the world, a reduction in consumption is a major hit to most globally prominent directed energy weapons players.Get PDF Sample of This Report @ https://www.transparencymarketresearch.com/sample/sample.php?flag=S&rep_id=5969This reduction in demand from developed economies can be offset by focusing on the booming economies of the developing ones, where there is a strong growth in weapons and ammunitions consumption. The introduction of directed energy weapons is expected to be slower than that in developed economies due to lower awareness rate, but players can find major opportunities in Asia Pacific and Latin America over the coming years. Land Based Directed Energy Weapons to Witness Considerable DemandAirborne, land based, and naval are the three deployment types of directed energy weapons. Of these, land based directed energy weapons are expected to take up 43.5% of the global market value by 2020. This leading share in the market is a result of the growing number of land based programs currently being offered and under development. These include the Active Denial System, the WB-1 Microwave directed energy weapons, and the iron beam. Countries have already committed to building land based directed energy weapons that are extremely efficient, deadly, and accurate, further boosting the scope of growth that directed energy weapons manufacturers can get in land based deployment. Press Releases @ https://www.transparencymarketresearch.com/pressrelease/directed-energy-weapons-market.htmThe top manufacturers of directed energy weapons from a global standpoint include BAE Systems Plc, Lockheed Martin, L-3 Integrated Optical Systems, Raytheon Missile Systems, The Boeing Corporation, Moog Inc., Textron Inc., and Rafael Advanced Systems.Transparency Market Research (TMR) is a next-generation provider of syndicated research, customized research, and consulting services. TMR’s global and regional market intelligence coverage includes industries such as pharmaceutical, chemicals and materials, technology and media, food and beverages, and consumer goods, among others. Each TMR research report provides clients with a 360-degree view of the market with statistical forecasts, competitive landscape, detailed segmentation, key trends, and strategic recommendationsTransparency Market Research 90 State Street, Suite 700 Albany, NY 12207 Tel: +1-518-618-1030 USA - Canada Toll Free: 866-552-3453 Email: sales@transparencymarketresearch.com Website: www.transparencymarketresearch.com