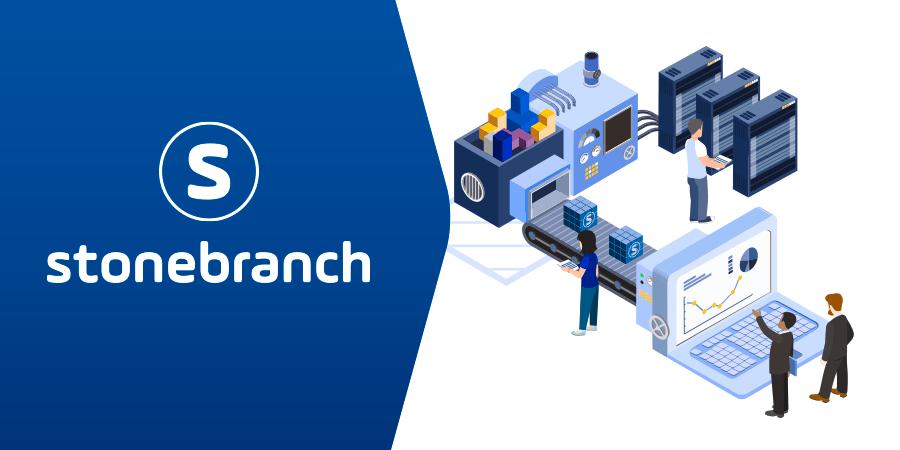 Atlanta, GA | March 8, 2018 - Stonebranch, the world’s leading provider of innovative workload automation and job scheduling solutions, has opened their new European headquarters in Frankfurt, one of the world’s most important financial centers and the financial capital of Germany.Frankfurt was the logical location for Stonebranch's new office because of its central location, both in terms of Europe and Germany. It has excellent transport links with Frankfurt Airport, one of Europe's busiest travel hubs. And more significantly, Frankfurt has emerged as one of Europe’s leading FinTech ecosystems.The digital transition taking place in Frankfurt offers Stonebranch an opportunity that they are ideally equipped to capitalize on. Frankfurt offers FinTech companies a unique set of location specific advantages.In addition to the numerous supervisory authorities and regulatory agencies, the greater Frankfurt area is home to outstanding expertise in the ever-important realm of IT security. The German federal government designated Frankfurt the digital hub for FinTech and financial services as part of their greater digital hubs initiative. Frankfurt is also the home of DE-CIX’s Internet Exchange, the world’s largest interconnection platform. This has helped attract many of the world’s biggest banks choosing to base their European Union headquarters in the city. Furthermore, Frankfurt is one of the world’s most important biotechnology centers and home of Goethe University Frankfurt, a world-class research university particularly well regarded for its work in physics, medicine, business administration, finance and economics."Frankfurt has a long history as a banking, stock market, and trade fair center, and has emerged as the leading hub in the FinTech community," said Dr. Detlef Purschke, Vice Chairman and Chief Commercial Officer at Stonebranch. "I am extremely pleased to add the world’s most innovative and modern automation company to this international mix. If you're in the area, pop by to say hello -- you'll love the vibrant views of the city!” The new office can be found at:Europa-Allee 54 60327 Frankfurt am Main Germany Phone: +49 (0) 69 7430485 500Stonebranch provides modern automation software solutions that simplify mission-critical IT business processes reliably and securely across complex and diverse IT environments. Our focus is dedicated solely to workload automation technology, enabling us to provide best-in-class solutions combined with an unmatched customer experience.Stonebranch serves over 350 enterprise-level clients, including many of the world's largest financial, healthcare and technology institutions and is a recognized leader by industry analysts among the workload automation and job scheduling landscape.Founded in 1999 and headquartered in Atlanta, GA, Stonebranch has offices throughout the world, including Germany, United Kingdom, Netherlands, Greece, Spain and Sweden. The European head office is in Frankfurt, Germany. Additional information about the company and its products can be found at www.stonebranch.com.4550 North Point Parkway, Suite 200

06-06-2018 | IT, New Media & Software
Stonebranch Inc.
Stonebranch Launches Open Source Marketplace for Workload Automation
Atlanta, GA | June 6, 2018 - Stonebranch Inc., a leading provider of modern workload automation solutions, has launched a new collaboration platform that accelerates the exchange and development of add-ons and integrations to drive IT automation for enterprises. The new Stonebranch Marketplace enables users to contribute and access new add-ons and integrations easily via the web while sharing and interacting with the broader Stonebranch community. The platform integrates directly with