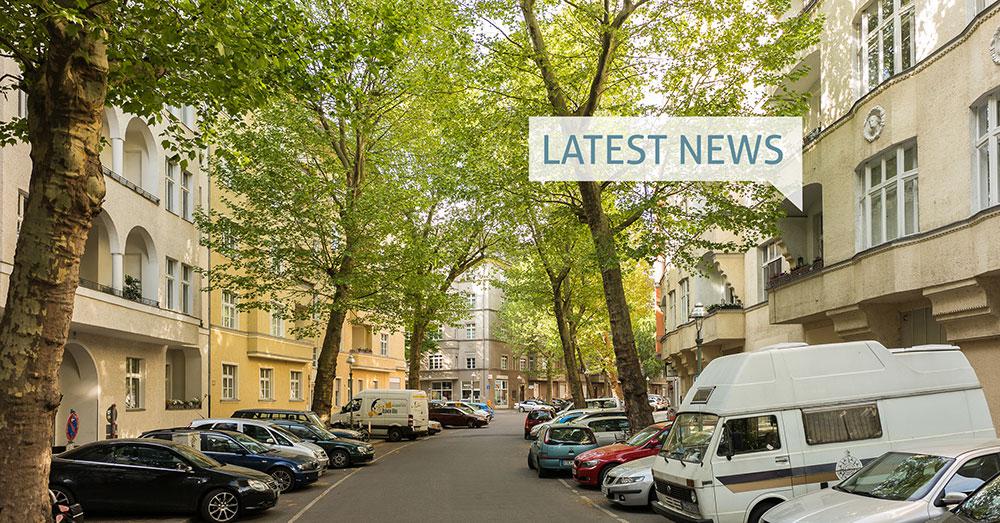 Michael Müller, Lord Mayor of Berlin and a Social Democrat, intends to lend his support to private residential property investors. Or so Müller said in an interview he gave the Berlin daily B.Z. in early January. “We need private investors, too,” he emphasised in the course of a dialogue that touched upon Berlin’s housing policy, among other subjects.In his interview with the B.Z., Müller backed a call for making it easier for investors to build, for instance by optimising and speeding up permit procedures. Berlin’s mayor believes moreover that the process of further densification should be simplified. He cited the topping up of existing buildings, which was made much harder by a directive the Senate Department for Urban Development and Housing issued last summer, as a bad example illustrating the shortcomings of Berlin’s current housing policy. According to the directive, it is no longer permitted to cut back trees as needed to develop an attic or a gap site.“One should take a hard look at such regulations and consider rescinding them if doing so will expedite the development of attic floors,” said Müller as he criticised the directive. His demand to ease the strict regulatory policy-making of the governing coalition of Social Democrats, The Left and Greens is vindicated by the latest building permit stats. Between January and September of 2017, the State Office for Statistics registered a year-on-year decline by 24.4 percent in approvals for building works in existing buildings in Berlin.Müller at loggerheads with his own coalition partnersDuring the interview, the Lord Mayor of Berlin also found fault with the housing policy of certain boroughs. Asked about the City Councillor for Construction and Urban Development in Friedrichshain-Kreuzberg, who makes heavy use of the borough’s right of first refusal in order to prevent the sale of rental apartment buildings to private investors, Müller replied: “We do want to increase the state’s own housing stock—by building and buying. So the question is whether the Councillor permits investments in open areas or perhaps even expedites them. That is the kind of dual approach I expect.”Müller’s criticism of the mentioned housing policy decisions are also remarkable insofar as they concern his partners in the city’s governing coalition of Social Democrats, The Left, and Greens. The Senate Department for Urban Development and Housing, which put the brakes on the development of attics, is headed by Katrin Lompscher of the Left Party. Florian Schmidt, the City Councillor for Construction and Urban Development in Friedrichshain-Kreuzberg who has embarked on a collision course with private investors, is a member of the Greens. The next opportunity to discuss the housing policy issue will be in late January when the Senate of Berlin will gather for a closed meeting.For further information go to: www.accentro.co.uk/services/latest-news/ACCENTRO GmbH is a real estate service provider that specialises in the retailing of large housing portfolios. Our fortes include: - the socially responsible, tenant-sensitive selling of large housing portfolios, - the exit-oriented asset management of housing portfolios, - and investment consultancy in either area.ACCENTRO looks back on more than fourteen years of experience in the privatisation business, and act as sales partners of major housing associations.ACCENTRO GmbH Marketing Jérôme Theis Uhlandstraße 165 10719 Berlin www.accentro.co.uk

05-07-2018 | Industry, Real Estate & Constr …
Accentro GmbH
Living in a Condominium is Far more Affordable than Renting a Flat
Owning your home outright remains considerable more attractive than renting it, as a new survey just reaffirmed. For one thing, tenants bear a greater cost burden. On the other hand, homeownership helps to build up capital, and is therefore an important mainstay of your retirement scheme. Especially for young households, buying property is a great way to start building capital because they can stretch their payments over a longer period
04-30-2018 | Industry, Real Estate & Constr …
Accentro GmbH
Number of Planning Permissions in Decline
With the new German government barely in office, it has already become quite obvious what one of the most pressing issues will be during the parliamentary term now under way. On 14 March, Angela Merkel took her oath of office as German Chancellor, and the very next day, the Federal Statistical Office published the number of planning permissions approved in 2017. According to the stats, the number of approvals in
04-23-2018 | Industry, Real Estate & Constr …
Accentro GmbH
Economic Research Institute Suggests Cities Sell off Their Housing Stock
At a time when municipal housing companies in many of Germany’s major cities, including Berlin, are prompted by city hall to beef up their property stock, the IW Economic Institute, Cologne, has joined the debate on the issue of public housing with an idea that implies the exact opposite. In a recent survey, the IW’s real estate expert, Prof. Michael Voigtländer, suggests that German municipalities are well advised to divest
04-10-2018 | Industry, Real Estate & Constr …
Accentro GmbH
Greater Berlin Still Has Land Reserves for 218,000 Flats
The housing development potential hidden in land reserves in Berlin proper and the greater Berlin area would suffice to create up to 218,000 new flats. The total volume breaks down into 153,000 flats in the German capital and 65,000 in the suburbs. This is the upshot of the latest housing market report for Berlin and its greater area (“Berlin und Umland”) that the IBB Investment Bank Berlin presented on 08

11-22-2016 | Arts & Culture
gisela graf communications
Architectural Guide Berlin
With additional contributions by Philipp Meuser and Martin Pueschel In no other place in Europe have changing ideologies and differing urban planning models left such a far-reaching mark as in Berlin. The German capital enables the reader to make a literal journey through history. In the shape of four excursions, the Architectural Guide Berlin presents prominent architectural highlights from Kurfürstendamm in the West to the prefab housing estates of the East. The
11-28-2014 | IT, New Media & Software
arvato systems
Premises Berlin
Third inCOMMERCE conference on November 27 at the Bertelsmann Commerce Without Boundaries • Renowned speakers provide insights into their companies’ digitization projects and explore current developments on the international markets • Presentations and case studies from Vorwerk, E-Plus and Tesco (arvato Systems, hybris) Gütersloh and Munich – International e-commerce and best practices in the e-commerce sector are the focal themes of this year’s inCOMMERCE conference on November 27, 2014 in Berlin. For the
08-27-2013 | Tourism, Cars, Traffic
citystay hostel
citystay hostel Berlin gets ready for the 40th Berlin Marathon
As every year, the Marathon is fully booked and we at citystay hostel, just next to start and finalline are getting ready for the runners, staying with us. If you are not running the marathon, but like to get the feeling for the international crowd doing the run, just visit us for a beer, coffee or stay during the marathon with us. Some beds are still available. We are happy
11-07-2012 | Business, Economy, Finances, B …
Neschen AG
Berlin local and digital
A10 shopping centre in Berlin: Wallpaper is an attractive wall covering for the retail trade Bückeburg, 7 November 2012 - Visual attractions are a proven means of drawing customers into shops. As a result the operator of the A10 shopping centre in Berlin chose customised printable Erfurt CA wallpaper from Neschen. ECE took the decision to use wallpaper and in particular the Erfurt CA wallpaper at an early stage. "As
04-27-2010 | Tourism, Cars, Traffic
Hotel Berlin, Berlin
Chef at Hotel Berlin, Berlin second in world championship
Sous-chef Susanne DeOcampo-Herrmann wins silver with Germany's national team of chefs Since Friday, the Hotel Berlin, Berlin has now a world champion silver mdealist among its ranks in the person of Susanne DeOcampo-Herrmann. The hotel's sous-chef won the silver medal at the Culinary Challenge in Singapore together with Germany's national team of chefs. The competition, which is only held every four years, is regarded as an ideal opportunity for leading figures
04-27-2010 | Tourism, Cars, Traffic
Hotel Berlin, Berlin
Happy Birthday Hotel Berlin, Berlin
On the 26th of April, the Hotel Berlin, Berlin celebrated its 52nd Birthday. Looking back at such a great history and at the same time being creative and innovative is something that this house incorporates every day. The hotel combines a long tradition with modern settings. It can look back at an exciting past and towards a promising future. Many heads of State have chosen the Hotel Berlin for their stay
Comments about openPR
I can't but agree to the positive statements about your portal: easy to use, clear layout, very good search function, and quick editing!
Jens O'Brien, Borgmeier Media Communication