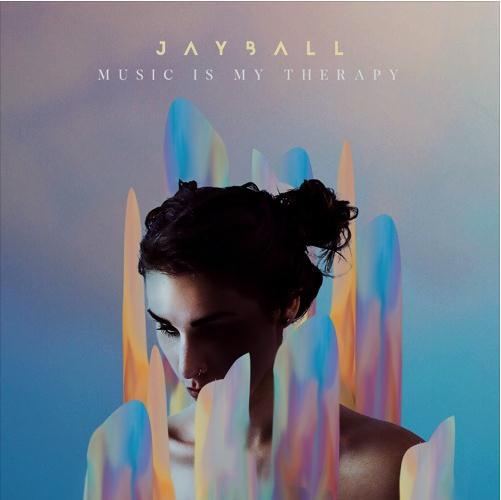 Electronic dance music aka EDM was primarily produced to play it in the nightclubs and discos. The music was largely created to be used by disc jockeys with the intention of progressing from one song to another. The EDM music is mixed or blended with synchronised beats and tunes. However, with the change of time, it evolved from being to just disco music to more. It has now become one of the major music genres with artists all over the world composing song based on it. The popularity of EDM music has also been proved in Soundcloud. The artist Jayball is rocking his fans with EDM and Dance music. His latest track – ‘Don’t Let Tonight End’ has all the necessary ingredients to become one of the best music tracks. The song is passionate and romantic, especially made for lovers who have spent nights together. With a staggering energy, the song has attained popularity on Soundcloud and bypassed other music genres. ‘Don’t Let Tonight End’ has a distinctive rhythm and synth that is provocative yet out-of-the-box. The sentiment of the song is different and showcases a very sharp and colourful picture of love to all the fans. The original track shows the essence of the songs to fans with an emotion that is very different. Once fans starts listening to this song, its relevance is shown to each one of them. The musicality, artistry and vibrancy of the song – ‘Don’t Let Tonight End’ is recognisable after you have heard it for the very first time. The passion of the song is in its passionately formed riffs, melodies and chords. The track is also apt even when you want to rest as it has a powerfully enhanced rhythm. To know more about the track – ‘Don’t Let Tonight End’ or the artist Jayball, head over to the social media sites and follow him. Also, listen to all his EDM songs available on Soundcloud. To Listen This Beautiful EDM Track Just Go Through The Link Given Below : https://soundcloud.com/djjayball/dont-let-tonight-endWe at Music Promotion Club have helped various artists, musicians, lyricists and many others with Soundcloud Promotion. To promote your music and get an entry into the esteemed music industry, soundcloud promotion is very effective. We manually do all the Promotions via our dedicated team and guarantee you to be able to show results after an week of promotion.Music Promotion Club India West Bengal Kolkata- 700040 5/10 A Netaji Nagar info@musicpromotion.club

12-27-2018 | Leisure, Entertainment, Miscel …
CMW
Tonight Show Guest Michael Wigge on Motivational Speaking Tour across the US!
TV adventurer and four-time book author Michael Wigge has faced incredible travel challenges. He traveled the world for free and showed his audience the incredible: How can a single person travel 35,000 miles from Europe to Antarctica without a single penny of money in his pocket? The Los Angeles Times entitled Wigge ‘the ultimate budget traveler’, and Katy Perry called him on The Tonight Show ‘a cheap date’ when Wigge
12-18-2017 | Leisure, Entertainment, Miscel …
Music Promotion Club
Jayball's EDM "Dont Let Tonight End" Delivers Dance Vibes to Audiences
Jayball, the new songwriter has delivered some back-to-back new releases. The new EDM blend of this artist “Dont Let Tonight End” has received good notoriety from the worldwide listeners. The artist himself is thoughtful and creative. This quality has enabled him of think more about the music. His experiments result in excellent listeners’ engagement in social media. Soundcloud has witnessed some of his excellent musicality during the past years. The
10-26-2017 | Leisure, Entertainment, Miscel …
Music Promotion Club
Listen to the Electrifying Music “Tonight” by FlyCam on Soundcloud
Are you bored of listening to same kind of music? You must add some extra song to your playlist for uplifting feel. You must download the song “Tonight” by FlyCam on SoundCloud. His music is lovable and it will be loved by all, from old to young. The charismatic charm and the endeavor will give you goosebump. He is a versatile singer with his velveteen vocal. The vulnerability of music
07-22-2010 | Leisure, Entertainment, Miscel …
AristoMedia
Rocket Club Concludes Three-Night Run of Nashville Showcases Tonight
(Nashville, TN – July 21, 2010) Minneapolis-based Country act, Rocket Club, concludes their three-night run of Nashville showcases tonight with a performance at 12th & Porter at 6 p.m. The band’s current single, “One Thing Beautiful,” debuted at No. 59 on the Billboard Hot Country Songs Chart last week and climbed to No. 57 this week without the support of record label promotion. Rocket Club played their first
02-17-2010 | Advertising, Media Consulting, …
iConcept Media Group
iFashion Network to Showcase Three Emerging Designers Tonight
Paula Abdul gave her goodbyes to American Idol wearing a creation by Carmelita Martell, an emerging designer being featured for the iFashion Network Fashion Week Showcase today. Katherine Graham from Vampire Diaries, Reality Star Kourtney Kardashian, and Ashland Gorse, Host of “E!” has felt Martell’s “funky” fashions give them an edge on the red carpet. Martell joins Polish Designer Ewelina Barlak and New York Designer Theo Hackney for the
11-22-2006 | Sports
Palm Beach Imperials
Palm Beach Imperials Kick-Off Inaugural Season Tonight
BOCA RATON, FL—November 21, 2006— The Palm Beach Imperials, official members of the 53-team American Basketball Association, will begin their 2006-2007 inaugural season tonight at the Florida Atlantic University Gymnasium at 7:30 pm against the undefeated Jacksonville Jam. The Imperials showcases a fan-friendly and affordable brand of professional basketball and a dedication to helping the community. The first game will feature local charity, Kids@Home. Kids@Home
Comments about openPR
We publish our press releases on openPR.de because we like people who are "open" - just like us.
Frank Obels, CEO, INCONET - Informationssysteme, Communication und Netzwerkberatung GmbH