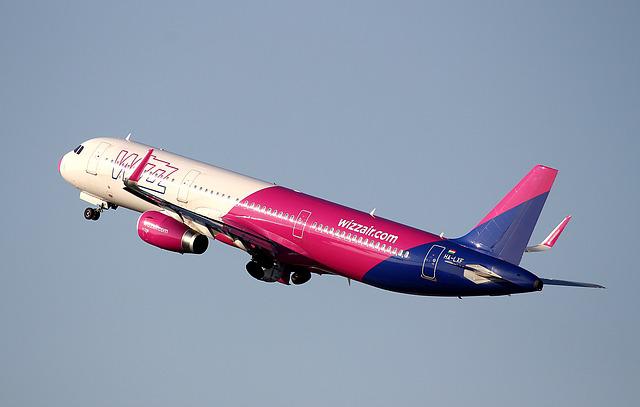 The second strongest monthly passenger traffic ever produced in August at Debrecen Airport. In August 2017, 38,060 air passengers used the second busiest airport of Hungary, which represents an increase of 15% versus August 2016.László Tamás, Debrecen Airport's Aviation Development Director, said: "The first eight months of Debrecen Airport's passenger traffic was dynamic, due to the increasing load factor of our scheduled services and due to the particularly vigorous summer charter traffic. We are pretty optimistic for the upcoming 4 months of the year, as forecast trends and demand are extremely encouraging. Since the end of March '17, there are already seven direct scheduled flight connections to Debrecen from seven European and Israeli regions. In 2017, we are forecasting even more significant tourist traffic in Debrecen and to the East-Hungarian regions and cross-border. The EU visa waiver, which came into force on 11 June for Ukrainian citizens, has a favorable impact on tourism and on our scheduled and charter flights from Transcarpathia to Western Europe and Israel. We are confident that we will be the key airport serving that region and will continue to increase the number of guest nights spent by foreign tourists arriving. The biggest news in the summer was the announcement of the new Moscow Vnukovo flight, which will start on 18 December 2017 and will increase the number of available scheduled destinations from Debrecen Airport to 8, and the only regional airports from our larger catchment area will have direct service from Debrecen to the Russian capital. In the summer months, nearly 108,000 air passengers arrived and departed to and from Debrecen Airport, as our destination portfolio provided the best summer vacation for everyone. Demand is growing in addition to the county of Hajdú-Bihar, Szabolcs-Szatmár-Bereg, BAZ and Békés counties. Charter flights were over demand throughout the season, while sunshine lovers can take advantage of 4 sunny countries: Greece, Turkey, Bulgaria and Egypt. They can look for cities of culture, religious tourism and urban vacations, cities of Western Europe and Israel with direct flights from Wizz Air. With our network airline partner, Lufthansa can travel from Debrecen Airport three times a week via Europe's best airport, Munich Airport, with a single transfer close to 100 destinations in five continents "Further information:László Tamás Aviation Development Director Tel: + 36 20 336 1727 Email: laszlo.tamas@debrecenairport.com Web: www.debrecenairport.comDebrecen Airport Hungary's second largest airport with Schengen criteria was visited in 2016 by more than 284,000 passengers. By the end of 2017, it forecasts more than 300,000 passengers due to Wizz Air base and Lufthansa City Line scheduled and strong summer charter traffic. The Xanga Group and the Municipality of Debrecen, which operates the airport, are committed to providing more charter and scheduled services and cargo services from Debrecen Airport, and for this reason, it is actively negotiating with many international airlines, of course, with the real needs of individual passengers and business travelers . The role of the airport catalyst in the tourism of the region and the economic development of Eastern Hungary is indisputable.László Tamás Aviation Development Director Tel: + 36 20 336 1727 Email: laszlo.tamas@debrecenairport.com Web: www.debrecenairport.com