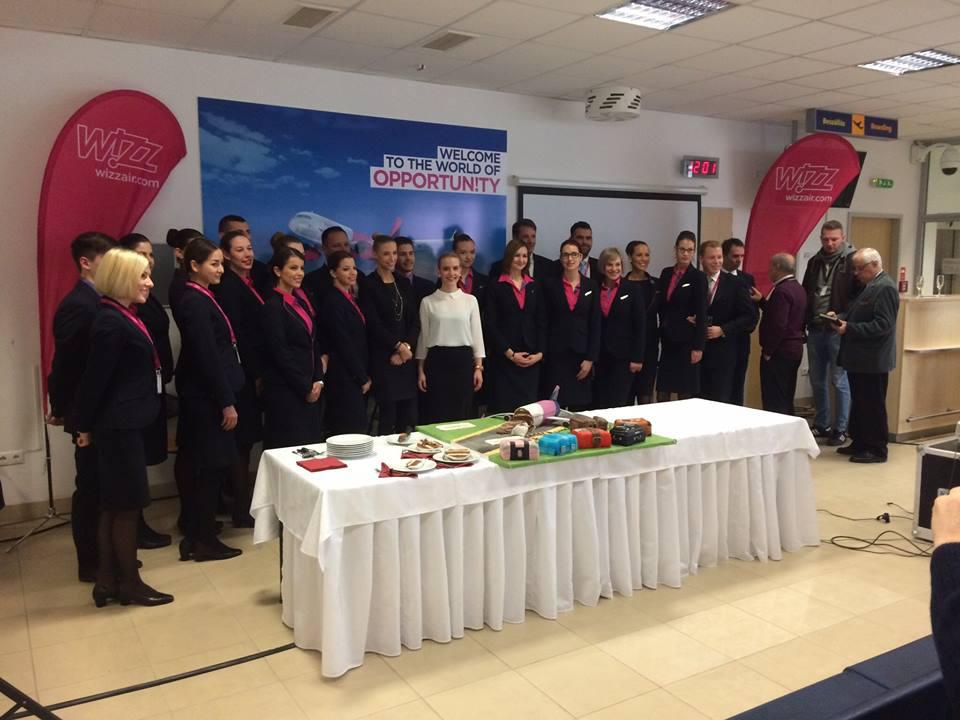 Debrecen Airport has reported a record year in 2016 for passenger numbers, marking a fifth consecutive year of growth.A total of 284 400 passengers passed through our terminal in 2016, surpassing the total for the previous 12 months by nearly 112,000.Both charter but mainly our scheduled airline partners, Wizz Air and Lufthansa contributed to the rise, with increased capacity on existing routes and the introduction of a raft of new destinations. 2016 was an exceptional year at Debrecen International Airport as it celebrated its first new route to Munich Airport from a network airline partner, Lufthansa City Line. This year will see an even greater choice of destinations with the new Tel Aviv service and with the re-launch route to Malmö and hope to get over 300,000 passenger by the end of 2017 at Debrecen Airport.“2016 was a fantastic year for year for all those connected with Debrecen Airport and the announcement of all the new routes. We are now firmly established as Hungary’s largest regional airport after Budapest Airport. There are a greater number of destinations and more seats available from Debrecen Airport than any other airport in our catchment area so we are unique in terms of choice,” said László TAMÁS, Aviation Development Director at Debrecen Airport. “We want to thank all our passengers for their continued support and we’re looking forward to welcoming new passengers in 2017 who will experience our friendly and professional customer service here at Debrecen Airport,” he added. Scheduled services as of our next summer season: Lufthansa München Wizz Air London Luton Wizz Air Eindhoven Wizz Air Milano-Bergamo Wizz Air Paris-Beauvais Wizz Air Malmö (from 27/MARCH/2017) Wizz Air Tel Aviv (NEW) (from 26/MARCH/2017)Debrecen International Airport (IATA: DEB, ICAO: LHDC) is the international airport of Debrecen in the Hajdú-Bihar County of Hungary. It is located 5 km (3.1 mi) south southwest of the city center and also easily accessible to adjacent regions of Slovakia, Romania and Ukraine.Laszlo TAMAS Aviation Development Director AIRPORT-DEBRECEN Ltd. E-mail: laszlo.tamas@debrecenairport.com Mobile: +36 20 336 1727 www.debrecenairport.com