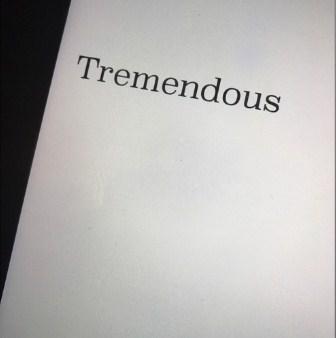 Hip hop and rap music is one of the most challenging music genres that has gained immense fame all over the globe. The enthrallment of hip hop is ever-growing since its origin. The rise of the genre from a street style performing art to a global art form is commendable. This vibrant genre has seen the development of many artists from an unknown individual to a celebrated persona. Today hip hop and is one of the leading mainstream genres with diverse of sub-genres that are distinctive and has its own uniqueness. With the popularity of Soundcloud music sharing site, hip hop and rap has gained way more esteem in the music arena. Like always, an attractive and talented artist Young Aardvark has released some implausible hip hop tracks here. Not one but every track of this versatile artist deserves particular attention. Aardvark is based on Miami is well versed with the in vogue styles in hip hop. His tracks are combination of both golden era and new wave hip hop that is loaded with hard hitting attitude powered with feet tapping music beats. The main attraction of Aardvark’s tracks is his rapping style narrated in unique voice texture. As an artist, he has also collaborated with many recognized producers to give professional touches to his compositions. The latest track of Aardvark is “Tremendous” produced by Tummydang. This track is blended with boomy sound effects and flawless rapping style. Other tracks like “Runnin” produced by Taylor King are also an energetic track that the young stars will love to listen. Other tracks like “X Man” produced by Killian and “V.A.R.K” produced by Arbus are loaded with humorous lyrics narrated flawlessly in a backdrop of feet tapping beats. The track “HUH?” produced by JXN is an exemplary track that unfolds the versatility of the juvenile Aardvark. Groove to his tracks on SoundCloud.To listen the songs of Young Aardvark, visit the given link: https://soundcloud.com/user-358427630We at Music Promotion Club have helped various artists, musicians, lyricists and many others with Soundcloud Promotion. To promote your music and get an entry into the esteemed music industry, soundcloud promotion is very effective.We manually do all the Promotions via our dedicated team and guarantee you to be able to show results after an week of promotion.Music Promotion ClubIndia West Bengal Kolkata- 700040 5/10 A Netaji Nagarinfo@musicpromotion.club

03-11-2019 | Advertising, Media Consulting, …
HTF Market Intelligence Consulting Pvt. Ltd.
Paper and Plastic Straws Market to Witness huge growth by 2025 | Aardvark Straws …
HTF MI recently introduced Global Paper and Plastic Straws Market study with in-depth overview, describing about the Product / Industry Scope and elaborates market outlook and status to 2023. The market Study is segmented by key regions which is accelerating the marketization. At present, the market is developing its presence and some of the key players from the complete study are R&M Drinking Straws, Aardvark Straws, Tetra Pak, Biopac, Merrypak,
02-04-2019 | Advertising, Media Consulting, …
HTF Market Intelligence Consulting Pvt. Ltd.
Paper and Plastic Straws Market Is Booming Worldwide | Aardvark Straws, Tetra Pa …
A new business intelligence report released by HTF MI with title "Global Paper and Plastic Straws Market Report 2019 " has abilities to raise as the most significant market worldwide as it has remained playing a remarkable role in establishing progressive impacts on the universal economy. The Global Paper and Plastic Straws Market Report offers energetic visions to conclude and study market size, market hopes, and competitive surroundings. The research
09-26-2018 | Business, Economy, Finances, B …
Coherent Market Insights
Trencher Market Growth Factors with Key Players are Aardvark Equipment, Astec In …
Trenchers or ditchers are also known as excavators, as they penetrate the earth, break soil and rocks, and remove debris from the ground. Trenchers are a vital construction equipment that assist in digging trenches, laying pipes or electrical cables, installing drainage systems or preparing trenches for warfare. Trenchers may range in sizes and use various digging equipment, depending on the required depth and width of the trench and the hardness
05-19-2009 | Arts & Culture
Aardvark Records
Aardvark Records music video licensing deal with the Independent Coffee Network
Aardvark Records and World Wide Arts’ Independent Coffee Network have announced a licensing deal which sees the British record label supply the US-based music video entertainment provider with its promotional music videos. The video licensing deal will see popular videos from acts like Yahel, Zetan Spore and Little Spitfire broadcast in independent American coffee houses from coast to coast. WWA provides independent coffee store owners with an HD flat screen
08-28-2007 | Media & Telecommunications
Aardvark Records
Aardvark Music Announces Precedent Setting Deal With Voeveo
Aardvark Music has today announced a precedent setting deal with the independent online community marketplace for mobile content, voeveo.com. Aardvark is the first independent UK label to begin uploading music on voeveo, which enables direct sales between content producers and buyers. Aardvark Records\' music and video catalogues will be available for wireless-to-mobile downloading and mastertone use on a worldwide basis. The deal marks Aardvark’s strategy to provide both popular and new
08-24-2007 | Leisure, Entertainment, Miscel …
aardvark records
Aardvark Music mixes it up with Mixsic
Aardvark Music has today announced another precedent setting deal involving the online video and audio mixing company Mixsic. Aardvark is one of the first labels to strike a deal with the US-based Mixsic. Aardvark Records’ video catalogue, along with selected music, will be available for collaborative mixing, remixing and sharing through Mixsic’s groundbreaking platform www.mixsic.com, designed for music videos, which will be officially launched mid-September. YouTube (and Flash Video) revolutionized
Comments about openPR
We publish our press releases on openPR.de because we like people who are "open" - just like us.
Frank Obels, CEO, INCONET - Informationssysteme, Communication und Netzwerkberatung GmbH