Go gaga with “Order 66” from C.Robin on SoundCloud 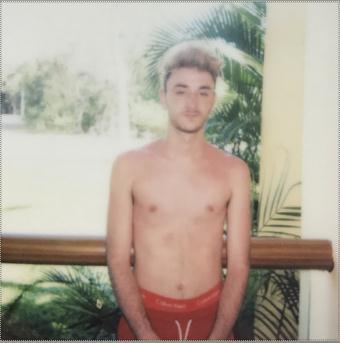 C.Robin is the young artist who is on SoundCloud with his unique music named “Order 66”. His songs are very much for the youth of today. It has very nice incorporation of music and his voice is seductive. He is new in the field of music but his songs show his exceptional talent. He has a rare style to charm you. He got his influences of song writing from Frank Ocean, MJ and Steve Wonder. Robin has some immense collection of music in his “Order 66” which consists of songs from various eras. Those include R&B and soul and pop music. You will see his tremendous versatility in his song as they are varied in their own style. The star belongs from Michigan, United States and he used to do rap before but now he has left doing that. He is also famous on social media and grabbing eye balls for his exclusive music. His song has good lyrics powered with groovy rhythm and blowy beats that can hypnotize you. C.Robin’s creates pop music, which is very influential. His music is appealing and very much innovative with power ranging music. He is a trendsetter for the young generation and he has reached the area of fame through hard work and his passion for music. His enthusiasm in music has given him the name which he always craved for. You will love to listen to his music at any moment of the day for the thrilling factor. C.Robin will amaze you by his slow yet melodious tune. The wonderful background score is scintillating and the vigorous rhythm will make you to dance. You will love the entire song because of the different kind of tempo. He is an independent artist and also a producer and some of his songs are also streaming on SoundCloud. They are “Goofy Tunes” and other.Please visit this link :https://soundcloud.com/c-robin/order?in=c-robin/sets/order-66Music Promotion Club specializes in artist and music promotions in soundcloud, geared to promote the full spectrum of all genres of music, like that of – Hip Hop, Rap, EDM, Pop, Rock, Country, Dubstep, Mixtapes, Dancehall, Alt Rock, Jazz and Blues.Music Promotion Club5/10A, Netaji Nagar Ground Floor Kolkata- 700040 WB,India info@musicpromotion.club

You can edit or delete your press release Go gaga with “Order 66” from C.Robin on SoundCloud here

02-10-2014 | Health & Medicine
Erickson Living
Robin Gliboff Named Executive Director of Devonshire at PGA National
Gliboff assumes leadership role of Erickson Living retirement community in Palm Beach Gardens, Fla. (Palm Beach Gardens, Fla.) – Robin Gliboff has been named the Executive Director of Devonshire at PGA National, and the community’s continuing care neighborhood, Chatsworth at PGA National. The properties, located in Palm Beach Gardens, Fla., are owned and managed by Erickson Living. Gliboff joined Erickson Living in 2003 and has more than 30 years of
02-25-2009 | IT, New Media & Software
Blue Robin, Inc.
Blue Robin Inc. Announces WebMedicProTM Beta Release
Invitation to Participate in Beta Testing Program for EMS Providers WALTHAM, MA, February, 2009….Today Blue Robin, Inc. announced immediate availability of the WebMedicProTM Beta Release; enabling Emergency Medical Services organizations to streamline incident management with the latest web-based technologies. Based upon over two years of collaborative development with Massachusetts firefighters and EMTs, WebMedicProTM aims to improve efficiencies of emergency services personnel, automate incident record reporting, and accelerate cost reimbursement to cities
09-15-2008 | Arts & Culture
GAM | Galerie Obrist am Museum
New sculptures and collages of Robin Horsch
In the current exhibition GAM Obrist Gallery in Essen shows sculptures, paintings and collages of Robin Horsch. The gallery has been cooperating with the Muelheim based artist as long ago as 2000, and has continuously shown his stages of developement in solo exhibitions. The upcoming exhibition exclusively shows works of the recent two years. Horsch became famous with his thin and tall wooden figures, which were originally inspired by etruscan bronzes.
08-28-2008 | Business, Economy, Finances, B …
Sageworks, Inc.
Robin Rosenfeld Joins Sageworks’ CPA Advisory Board
Raleigh, NC: Sageworks Inc., the developer of ProfitCents, announced today that Robin Rosenfeld, a shareholder in the Certified Public Accounting firm Rosenfeld & Company PC, has been named to the company’s CPA Advisory Board. Members of the advisory board serve as external advisors to the management team and the company’s board of directors to help identify, launch and develop improvements to current products as well as provide strategic direction
06-06-2008 | Advertising, Media Consulting, …
Step Change Communications
The Robin Hoods of Marketing
The Robin Hoods of marketing have just ridden into town! The long awaited Step Change Communications seminars are now taking bookings in Sydney for their first seminar, "Positioning for Success". It's the first time the secrets, thinking models, and people that world class brands use to make their businesses' boom have been made available to small and medium sized businesses. It's a one day seminar where business owners and marketing people
08-31-2007 | IT, New Media & Software
Distributive Management
Distributive Management to Host Robin Goldsmith- Discovering REAL Business Requi …
Fredericksburg, VA -31 August 2007- Distributive Management, the leading provider of management dashboard software for project and program management will host a live Webcast event in partnership with Robin Goldsmith of Go Pro Management and author of Discovering Real Business Requirements for Software Project Success. The presentation is on September 19th, 2007. “The webinar uses real-life examples to teach organizations how to find and focus on the metrics
Comments about openPR
Your portal is fast, simple, and easy to use. Others may have more functions but they also demand more editing time, you have to preformat the text in order to achieve a good result etc. I think openPR is really fantastic!
Andreas Knepper, wallmedien AG