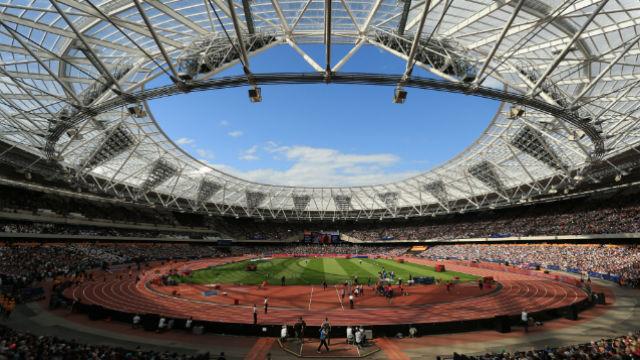 You can edit or delete your press release Does Paralympic sport benefit the right athletes? here

02-12-2019 | Health & Medicine
The Active Hands Company Ltd
Putting The "Aid" in Homemade - An Active Hands Article
For several years now I have written an award winning blog in conjunction with The Active Hands Company who create and sell disability aids for anyone with disabilities that affect their arms and in particular their grip. I think it's very important for people to be aware of the options out there when it comes to disability aids, as they can often be the difference between independence and relying on
09-27-2018 | Advertising, Media Consulting, …
The Active Hands Company Ltd
Active Hands win Board of Trade Award
Active Hands are proud to announce that they have won a Board of Trade Award from the UK government for our overseas trading. The Board of Trade Award committee said this about Active Hands: “The judging panel was particularly impressed with how The Active Hands Group started with designing a gripping tool for personal use and then took an opportunity to share this product, and many others, in over 50 countries.
09-28-2017 | Sports
The Active Hands Company Ltd
Getting a grip with limb difference
Karen Hostert has Limb Difference affecting her hands, meaning that getting a grip on everyday items can be a real struggle. Determined not to let this hold her back, Karen searched for a product that would enable her to access high street gyms without the need to use specialist or adapted equipment; something that would enable her to hold firmly to rowing machines, weights, pulleys and would allow her
09-21-2017 | Health & Medicine
The Active Hands Company Ltd
Finding confidence and independence with cerebral palsy
Yemina is an active, fun and smart twelve year old from Canada who loves to read or hang out with friends. She also has cerebral palsy which affects all of her movement and her level of independence. Her mum, Shoshana, explains that Yemina's cerebral palsy makes any activity involving movement a challenge, but particularly those involving hand control. "She has a lot of extra movement through her

10-26-2012 | Health & Medicine
Otto Bock HealthCare GmbH
Ottobock to provide Technical Service for athletes competing at the Sochi 2014 P …
At the XI International Investment Forum in Sochi, German company Ottobock, leading provider of innovative technology and services for people with limited mobility, became the exclusive provider of technical service for athletes competing at the 2014 Paralympic Games in Sochi. The agreement was signed by Dmitry Chernyshenko, President of the Sochi 2014 Organizing Committee, and Oliver Jacobi Ottobock Moscow. Within the framework of the signed agreement, Ottobock will provide
06-20-2012 | IT, New Media & Software
Patron Technosoft India Private Limited
London 2012 Games Guide - A complete guide for 2012 Olympics
Patron - who is all know for the famous iTeach series app has come up with a new app - London 2012 Games Guide. As the whole world awaits for the Olympics to kick off, Patron has launched this app which will act as a complete guide for people who are interested in the summer Olympic and Paralympic 2012. As the opening ceremony is scheduled for 27th July 2012, the
01-13-2012 | Health & Medicine
Treloar Disabled School and College
Paralympic Footballer Inspires Treloar’s School Students
Students at Treloar’s School for physically disabled children were thrilled to welcome record-breaking Paralympic footballer Matt Dimbylow to the Holybourne campus earlier this month. Matt, who was joined in activities by Treloar’s member of staff and Paralympic hopeful, Martin Sinclair, delivered an inspiring talk to School students. He told the audience how he ended up competing in the Paralympics: “Four years ago I sustained an injury while I was playing football. The bang
12-20-2011 | Health & Medicine
AKW
AKW Announce partnership with Paralympic athlete Jon-Allan Butterworth
AKW, the market leader in daily living and showering solutions for independent living, has announced an exciting sponsorship of Paracycling athlete Jon-Allan Butterworth during his Paralympic campaign. Over the next 12 months the talented athlete will be working with AKW to spread its message of inclusive living, in addition to endorsing the importance of independence through new products and solutions. As part of the sponsorship, AKW will launch a local CSR
09-05-2008 | Tourism, Cars, Traffic
Swissôtel Hotels & Resorts
Swissôtel Beijing - Paralympics Family Hotel
Beijing 5th September 2008 – Swissôtel Beijing Hong Kong Macau Centre is the official Paralympic Family Hotel for the Beijing 2008 Summer Paralympic Games. For the duration of the Games from 6 – 17 September 2008, this landmark property will serve as the Headquarters for the International Paralympic Committee(IPC), the global governing body of the Paralympic Movement, as well as house all IPC officials and heads of the individual sports
06-05-2008 | Sports
Disaboom
Paralympic Hopeful Alejandro Albor to Compete in U.S. Handcycling National Champ …
June 3, 2008 – Denver, CO – Alejandro Albor, a double-leg amputee and world champion handcyclist, is coming to Denver’s 8th Annual Rocky Mountain Cycling Omnium to compete in the U.S. Handcycling Road National Championships this week. The nationally renowned race is also the Beijing Paralympics Selection Event, determining which athletes will make the U.S. Paralympic Team. The Bear Creek Time Trial takes place this Friday, June 6
Comments about openPR
OpenPR ist the nicest and most clearly laid out PR platform I have seen to this day. The press releases are displayed very nicely and clearly and without any unnecessary frills. The updates are fast and the finished release looks appealing and is clearly legible. Even with 16 years of experience one discovers new things from time to time. Congratulations!
Gabriele Ketterl, Director Marketing & PR, Menads