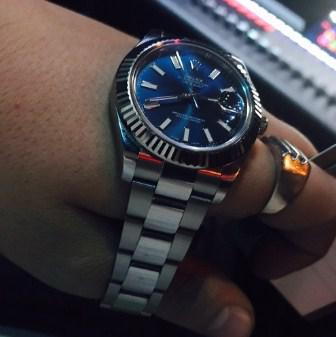 Music is life as it gives a boost to your nerves and the thrilling beats it generates can transform your nerves from a sad to happy one. You can remain hooked to an entire song because of the pumped up effectiveness. If you are looking for different music formation then Christopher Franco’s music is the one which you will love to listen at any moment of the day. The song is best to listen while you are alone and getting bored. It will totally change your mind with its trapping tunes.If you listen to a new song and if it has the quality to entertain you, it will remain long on your brain. Franco’s music has that type of element to absorb you entirely till the end. Each and every tracks of him are like an art. You will be lost in the beauty of the tracks as they are intelligently done. He has given his magical touch to his songs which shows his intelligence. His use of rapid rap and the music score at the background is wonderful.Some of his popular songs which you will love to listen are “Spiderman”, “Karma”, “YP”, “Perpetual” and lot more. He has his own business in Francomotorsport and Franco Studio. He has toured in many places and it showcases his astonishing life. All audience thrives to get his songs for the extraordinary beats the Port Richey artist portrays in his songs. He is talented in making rap, mix and trap, hip hop kind of songs. His vocal is also good and he had done his study from a university in Orlando. His works shows his passion for making music and his hard work will give him the fruit of success within a short span of time. Look for the amazing artist Christopher Franco on the streaming site SoundCloud.To listen the songs of Christopher Franco, visit the given link: https://soundcloud.com/franco-studio-17Music Promotion Club specializes in artist and music promotions in Soundcloud, geared to promote the full spectrum of all genres of music, like that of – HipHop, Rap, EDM, Pop, Rock, Country, Dubstep, Mixtapes, Dancehall, Alt Rock, Jazz and Blues.Music Promotion ClubIndia West Bengal Kolkata- 700040 5/10 A Netaji Nagarinfo@musicpromotion.club

02-04-2021 | IT, New Media & Software
Auriga, Inc.
Auriga Joins Franco-Russian Chamber of Commerce and Industry
Auriga, a custom software development and testing services company with engineering centers in Russia and Lithuania, has recently become a member of the Franco-Russian Chamber of Commerce and Industry (CCI France Russie). Through the membership, the company aims to expand its networking and cooperation with the French companies doing business in Russia. Formed in 1997, CCI France Russie is now one of the five largest French chambers of commerce and industry
01-11-2019 | Science & Education
CRP Technology
Franco Cevolini panelist on the future of composites AM
Franco Cevolini, VP and CTO at CRP Technology, is panelist at “Composites AM – A segment Analysis and Market Forecast” free webinar. It will be held on Jan 15, 2019; 3-4pm UTC (10-11am EST) by 3DPBM. Composites AM industry leader and pioneer Franco Cevolini (he created Windform high-performance composite materials) will be join 3DPBM CEO and Editorial Director, Davide Sher, and global experts from Arevo Labs and 3DXTech to
09-27-2018 | Advertising, Media Consulting, …
HTF Market Intelligence Consulting Pvt. Ltd.
Home Textile Market to Witness Huge Growth | Sheridan, WestPoint Home, Franco Ma …
HTF MI recently introduced Global Home Textile Market study with in-depth overview, describing about the Product / Industry Scope and elaborates market outlook and status to 2023. The market Study is segmented by key regions which is accelerating the marketization. At present, the market is developing its presence and some of the key players from the complete study are Shaw Industries, Mohawk, Welspun India Ltd, Springs Global, Sunvim, Luolai Home
03-06-2017 | Advertising, Media Consulting, …
GlobeMetrix
Global Home Textile Market: Dohia, Fuanna, GHCL, Loftex, Evezary, Franco Manufac …
Global Home Textile Market report 2017 is an in-depth research on the current situation of the Home Textile industry. The Scope of the Home Textile research report: The Global Home Textile Market primarily includes a basic overview of the Home Textile industry. It also includes Home Textile definitions, classifications and applications. It segments the market by applications, types, regions, competitive players and also analyzes Home Textile market size, business share and Home
01-20-2015 | Fashion, Lifestyle, Trends
Franco Bellucci Germany
Franco Bellucci Germany goes Fashion Week Berlin
Curtain up for the premium leather collections by FRANCO BELLUCCI As part of this year's Fashion Week in Berlin, Franco Bellucci Germany will present its new handmade bag collection in the "2015 Vision of Fashion" show, which will take place in the famous Felix Club in Berlin on 19 January 2015. The highlight will be the Design-Luxury evening bag "Amber", which will be presented there for the first time. As the
01-12-2012 | Politics, Law & Society
SmithAmundsen
The Law Firm of SmithAmundsen LLC Promotes Sandra Franco to Partner
The law firm of SmithAmundsen LLC announces the promotion of Sandra Franco, 33, to partner effective immediately. Sandra’s promotion continues the growth of the firm’s financial services practice. Sandra Franco is a commercial litigation, banking law, and real estate attorney in SmithAmundsen’s Chicago office. She is a member of the firm’s Commercial & Banking Litigation, Finance & Corporate Lending, and Banking Operations Practice Groups. Sandra represents financial institutions in
Comments about openPR
9 o'clock: discuss press release with client, 10 o'clock: submit release to openPR, within the briefest possible time release is published and displayed in a prominent place on openPR.de. I am thrilled!
Zehra Spindler, Calypso Now! - Communication Agency