Listen to “Shine” by Therell Nigel on SoundCloud 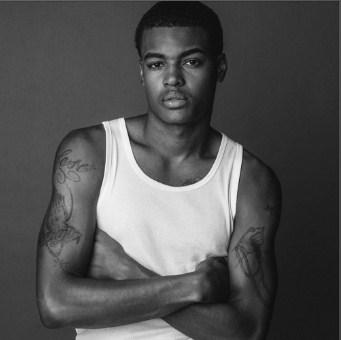 Hip hop is a stylistic form of rap and it often includes the elements of other styles like funk or rhythm and blues. It is a pop music culture which was originated in 1980’s. It is a cultural movement and it grew in the American suburbs. The music was generally created for parties for party lovers to have a nice feel. Therell Nigell arrives on SoundCloud with his new music “Shine”.Therell is passionate about making hip hop music and he has produced many songs. His latest tune in the song “Shine” is just mind blowing. You will love the way he has incorporated the turntables and drum machine. The song has the sweet flow which will make you crazy. The New York born artist has gained many followers because of his different kind of song making. He is under the label Fithyrich music and his actual birth place is North Carolina. The song “Shine’ is produced by Taylor King and he has made the song more interesting by giving good instrumentation.He is young at age and you will get surprised by the creativity of his music and he is also present on Instagram. You will love the way he has maintained the rap and slow pace rhythm is just wow. His song is flawless and it consists of some tempos. His song is lively and fresh giving your body a boost and if you want a merry day and forget all the worries of life, tune into SoundCloud for the new tune “Shine”. His song is inspirational and motivational for all youth and he wants to make change and bring difference in the world of music. His other tracks which you will love to listen are “On ya own”, “Shut yo ass up”, “Cuffing Season”, “Day Ones” etc.To Listen This Song Visit Now: https://soundcloud.com/therellnigel/shineMusic Promotion Club specializes in artist and music promotions in soundcloud, geared to promote the full spectrum of all genres of music, like that of – Hip Hop, Rap, EDM, Pop, Rock, Country, Dubstep, Mixtapes, Dancehall, Alt Rock, Jazz and Blues.Music Promotion Club5/10A, Netaji Nagar Ground Floor Kolkata- 700040 WB,India info@musicpromotion.club

06-29-2017 | Leisure, Entertainment, Miscel …
Music Promotion Club
“Summer Time Interlude” is the Hip Hop Song of the Season
The ones that love hip hop and rap understand that it has evolved in a huge way. Hip hop and rap offers a pure expression that is celebratory and hopeful. This music is generally viewed as aggressive and violent has advanced in a big way. Therell Nigel, the hip hop and rap artist from New York, USA is out with his new track – "Summer Time Interlude". This tune is
06-05-2017 | Leisure, Entertainment, Miscel …
Music Promotion Club
Therell Nigel Is Back With “Shut Yo Ass Up” In Soundcloud
Music is the finest means to entertainment. Amongst several music genres, hip hop and rap music is one of the liveliest genre that has always been talk about for being a bold form of art. Not only has it showcased an artist’s voice quality, but all his other talents that make him a performer. Although hip hop music has been popular since its inception SoundCloud site has evolved as the
03-17-2017 | Leisure, Entertainment, Miscel …
Music Promotion Club
Don’t Miss Therell Nigel’s New Rap Track – “Addicts”
Charismatic and talented upcoming hip hop and rap star – Therell Nigel – from the last few months is dropping much appreciated tracks on SoundCloud. This ambitious young guy hails from New York City, United States owe much passion for music. Before now his tracks has already collected notable count of comments, reposts, likes and plays. The tracks by him have already gathered much acclaim that bespeaks in unique style
Comments about openPR
OpenPR is clearly structured and remains true to its principle of confining itself to the essential parts. OpenPR has proven to be a very good and reliable partner to our media agency: Within the shortest time the releases are online and go down well with the media representatives. The success of OpenPR is reflected in the steadily increasing number of press releases. It is good that OpenPR exists!
Ursula Koslik, Director Marketing & PR, F+W Hamburg