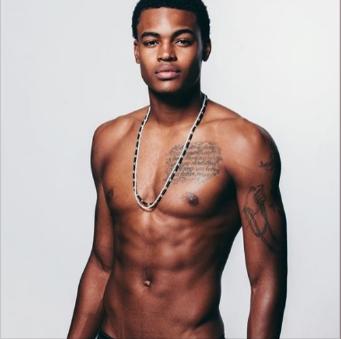 Charismatic and talented upcoming hip hop and rap star – Therell Nigel – from the last few months is dropping much appreciated tracks on SoundCloud. This ambitious young guy hails from New York City, United States owe much passion for music. Before now his tracks has already collected notable count of comments, reposts, likes and plays. The tracks by him have already gathered much acclaim that bespeaks in unique style and stands out from the rest. The mesmerized vocal to each of this tracks that couples with amazing plays of words, turned the tracks to the next level. Soon after Therell joined SoundCloud, gathered striking follower count in his profile.

Yet an aspiring star, but his tracks do not speak so. Individuality is the only mantra of each of the tracks. Therell has already won the hearts of a variety of for hardcore hip hop music fans. One such recent upload by Therell on SoundCloud is “Addicts”. As this track flows, one can find how Therell, the artist has turned his tracks mesmerizing by utilizing synthesized guitar and drum works.

So if you are planning to head over to some unique hip hop and rap blend tracks that would let you to trip your body, then it is suggested to head over some amazing tracks uploaded by Therell along with his recent upload “Addicts”. Therell by now has dropped 8 tracks each of which are created with much endeavor and passion. This effort can only be felt when listened to. So without any delay jump over to Therell’s SoundCloud profile and enjoy. You can be rest assured that this track will not disappoint you. You will tend to hear the same track over and over again for sure. You can even connect with him on his official social media networks as well.

Music Promotion Club specializes in artist and music promotions in soundcloud, geared to promote the full spectrum of all genres of music, like that of – Hip Hop, Rap, EDM, Pop, Rock, Country, Dubstep, Mixtapes, Dancehall, Alt Rock, Jazz and Blues.

06-29-2017 | Leisure, Entertainment, Miscel …
Music Promotion Club
“Summer Time Interlude” is the Hip Hop Song of the Season
The ones that love hip hop and rap understand that it has evolved in a huge way. Hip hop and rap offers a pure expression that is celebratory and hopeful. This music is generally viewed as aggressive and violent has advanced in a big way. Therell Nigel, the hip hop and rap artist from New York, USA is out with his new track – "Summer Time Interlude". This tune is
06-23-2017 | Leisure, Entertainment, Miscel …
Music Promotion Club
Listen to “Shine” by Therell Nigel on SoundCloud
Hip hop is a stylistic form of rap and it often includes the elements of other styles like funk or rhythm and blues. It is a pop music culture which was originated in 1980’s. It is a cultural movement and it grew in the American suburbs. The music was generally created for parties for party lovers to have a nice feel. Therell Nigell arrives on SoundCloud with his new music
06-05-2017 | Leisure, Entertainment, Miscel …
Music Promotion Club
Therell Nigel Is Back With “Shut Yo Ass Up” In Soundcloud
Music is the finest means to entertainment. Amongst several music genres, hip hop and rap music is one of the liveliest genre that has always been talk about for being a bold form of art. Not only has it showcased an artist’s voice quality, but all his other talents that make him a performer. Although hip hop music has been popular since its inception SoundCloud site has evolved as the
Comments about openPR
We publish our press releases on openPR.de because we like people who are "open" - just like us.
Frank Obels, CEO, INCONET - Informationssysteme, Communication und Netzwerkberatung GmbH