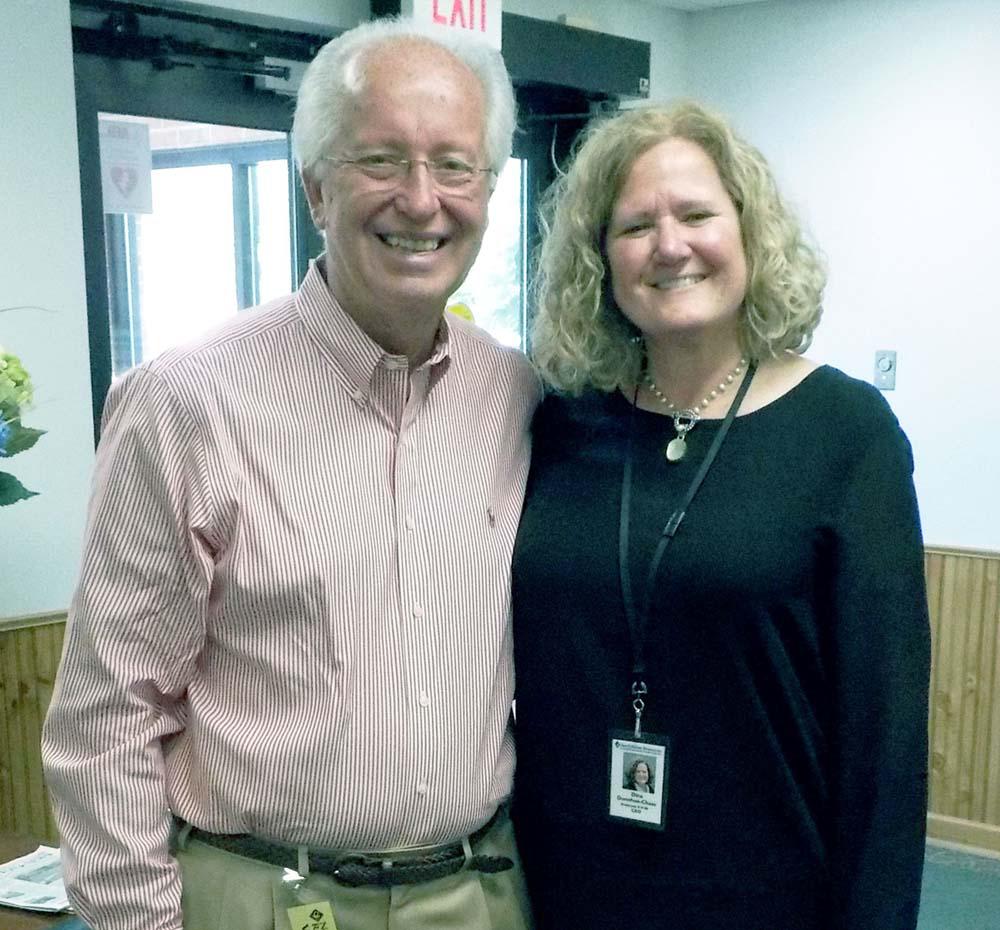 [ZION, IL] Illinois State Senator Terry Link, from Illinois' 30th District, visited NorthPointe Resources on Tuesday, June 13, 2017. While visiting NorthPointe’s headquarters at The Killian Center located in Zion, the senator toured the facility and met with many of NorthPointe’s staff and program participants. Having visited the center previously, Link was interested in seeing changes that have been made in addition to gaining further insights regarding NorthPointe’s concerns and needs as an organization of social good. Following the senator’s tour, dedicated parents, staff, and program participants gathered for an informal roundtable to address NorthPointe’s concern regarding the state’s current budget impasse and its effect on human services. Parents spoke about the essential support NorthPointe provides for their families and addressed their fear for the lack of future services. Staff spoke of their struggles due to hiring shortages from lack of funding and told heartwarming stories of their long-lasting dedication and commitment to the people NorthPointe supports. “People always tell me that my current position has allowed me to change people’s lives, but to be truthful the individuals I work with have changed my life,” stated Cissy Scott, SOARR Mental Health Professional. With nearly 30 years of employment at NorthPointe, Cissy has seen the organization grow and recognized how she has been impacted. Lastly, a program participant shared that NorthPointe’s customized employment services helped him to obtain his dream job with an employer that recognizes his hard work. Still, he is worried that his friends may not have positive work experiences if the funding shortage continues. “Everyone at NorthPointe was pleased that Senator Link took the time to re-visit our organization, and that he recognized our deep concerns,” stated NorthPointe’s CEO, Dina Donohue-Chase. “Throughout Senator Link’s legislative career, he has been a strong advocate for social services, and his work to move forward with vital community inclusion is appreciated.”Established in 1953 as an organization of social good, NorthPointe Resources, Inc. is a premier provider of a full range of award-winning programs for people with disabilities and mental illness. Located in northern Illinois, NorthPointe serves Lake, Cook and McHenry counties, supporting approximately 500 people annually. To learn more please visit www.northpointeresources.orgNorthPointe Resources 3441 Sheridan Road Zion, Illinois, 60099 8478721700