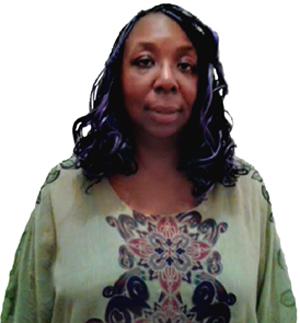 A recent story that made headlines across the US gives us verifiable proof that miracles happen even today. An 8 year old boy managed to save his father's life when a car fell off a jack, pinning his father beneath the car. It should have been impossible for the boy to lift the car off his father's body using a jack, as he weighs only about 50 pounds and his father and 17 year old brother could barely jack the car up just a few moments before.The young man credits angels with giving him the strength he needed to save his father. And, when asked to recreate the feat some time later, he could not do it.His mother believes they now have a responsibility to tell people that miracles exist.When we think of miracles we often believe that they are like fairy tales or exaggerated stories about events that occurred thousands of years ago. We sometimes credit unusual natural forces or perhaps even believe miracle stories have been made up to support a religious agenda.Donna Louis, multi-award winning author of 'Miracles of Direction, Miracles of Conquest, Miracles of Provision and Miracles of Purpose', knows that verifiable miracles occur every day. Her book explores biblical miracles that took place while Jesus was here on earth. She then references with miracles that take place on a daily basis in the modern world. She separates these miracles into four categories and presents insightful example of each type, taken directly from the Bible. She knows that miracles happen every day, even today, and offers readers a message of hope and faith."And Jesus called a little child unto him, and set him in the midst of them," "And said, Verily I say unto you, Except ye be converted, and become as little children, ye shall not enter into the kingdom of heaven.""Whosoever therefore shall humble himself as this little child, the same is greatest in the kingdom of heaven." "And whoso shall receive one such little child in my name receiveth me." "But whoso shall offend one of these little ones which believe in me, it were better for him that a millstone were hanged about his neck, and that he were drowned in the depth of the sea.""Jesus loves children and so he manifested his power and performed his miracles through this 8 year old boy. Miracles are taking place everyday...Do you believe?"Louis knows her subject well, as she has personally experienced three miracles. As the result of those life-altering experiences, she began an in-depth study of some of Christianity's most well-documented miracles. In her book, she attempts to expand upon and explain both the purpose and the direction of those miracles.Donna was chosen as a winner in the 2015 and the 2016 '50 Great Writers You Should Be Reading' awards contest. 'Miracles' has also received rave reviews from readers. One review called it "amazing, uplifting and inspirational". Another stated, "I was profoundly impressed by the writing."Donna Louis is available for media interviews and can be reached using the information below, or by email at louistolouis@aol.com. More information is available at her website. ‘Miracles Of Direction’ is available at online retail book outlets. More information is available at her website.Donna Louis is happily married to her husband of 30 years Patrick Louis and currently resides in Florida. She lives to accomplish the task that God created her for and on a daily basis to follow Proverbs 3:5-6. "Trust in the Lord with all thine heart; and lean not unto thine own understanding. In all thy ways acknowledge him, and he shall direct thy paths."PO Box 1613 Shallotte, NC 28459 http://www.miraclebook.net

05-31-2017 | Arts & Culture
Donna Louis
Miracles At Fatima Result In Canonizations By Pope Francis - Proof That Modern D …
Pope Francis recently canonized two of the children involved in the miracles that occurred in Fatima 100 years ago. At that time, three children experienced visions of the Virgin Mary on six different occasions. The Virgin Mary was said to have given the children three secrets. The visions were declared authentic in 1930. In addition, during that same period of time, tens of thousands of people claimed to have seen
12-19-2016 | Arts & Culture
Donna Louis
Give The Gift Of Miracles For Christmas - Award Winning Author Donna Louis Explo …
The Christmas story, the Nativity and the stories surrounding the birth of Jesus are most likely the most well known examples of miracles in the world. While nearly everyone in the world is aware of these miracles, they are not the only miracles presented in the Bible. 'Miracles of Direction, Miracles of Conquest, Miracles of Provision, and Miracles of Purpose' by award winning author Donna Louis is a Christian book that
12-14-2016 | Arts & Culture
Donna Louis
Angels And Miracles - Donna Louis, Multi-Award Winning Author, Explores Miracles …
Though we don't often experience miracles or angels directly, the proof is there. In 2006, Bob Van Natta was crushed by a 10,000 lb. truck which fell on him as he was repairing the truck. The axle nearly cut his body in two. During the experience his spirit left his body and he experienced a state of total peace as he looked down on his body from above. On each side
09-27-2016 | Arts & Culture
Donna Louis
Animal Miracles Happen Every Day Too - Donna Louis, Author Of Book About Miracle …
What constitutes a miracle? It depends on who one asks. Nearly everyone will agree that a miracle is an extraordinary event in the physical world that defies a rational explanation. While we might think miracles don't happen today, perhaps they do. A recent story from the town of Galt in Sacramento County entitled 'Freeway Miracle?' is an astounding story of an injured dog that survived 5 weeks with 2 broken bones.
08-03-2016 | Arts & Culture
Donna Louis
Miracles Happen Every Day - Author Donna Louis Gives Readers A New Perspective O …
The dictionary defines a miracle as an extraordinary event in the physical world. While we might think miracles don't happen today, perhaps they do. A recent story on Newshub entitled 'Miracles Happen: Missing Cat Returns After 8 Years' is amazing. While we might say that the return of the cat is a miracle, the truly miraculous part of the story shows us that the cat's owner, a young boy, practically willed
06-21-2016 | Arts & Culture
Donna Louis
Miracles Past And Present - Author Donna Louis Gives Readers A New Perspective O …
A recent story on CBS News told the tale of Stan Larkin, who lived for 555 days without a heart, waiting for a transplant. He was near death when the doctors implanted an artificial device that kept him alive 555 days before he received his transplant. This story captured the hearts and minds of Americans and was detailed not only on CBS News' but also Fox news, Forbes -
Comments about openPR
I can't but agree to the positive statements about your portal: easy to use, clear layout, very good search function, and quick editing!
Jens O'Brien, Borgmeier Media Communication