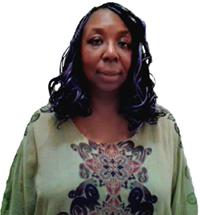 Though we don't often experience miracles or angels directly, the proof is there. In 2006, Bob Van Natta was crushed by a 10,000 lb. truck which fell on him as he was repairing the truck. The axle nearly cut his body in two.During the experience his spirit left his body and he experienced a state of total peace as he looked down on his body from above. On each side of his body he saw a glowing angel, both of whom appeared to be working on his body. The experience lasted approximately 40 minutes. His spirit suddenly returned to his body and he began to experience intense pain. As the result of the injury, five of his arteries were severed. The first miracle was that he survived.Due to the injury, nearly all of Van Natta's intestines were removed. He now found himself in danger of starving to death as he was down to only three feet of intestine. After a prayer session, Van Natta's intestines miraculously grew in length. After some tests it was shown that his intestines had indeed spontaneously grown in length. This case is unusual in that it involves medical proof."People love Angels," Louis stated. "Angels have captivated the imaginations of men since before the birth of Christ. In an age with much disdain for that which is not physically calculable Angels have maintained a remarkable place in modernity. Angels are the virtuous and able creatures who guide and protect us in our weakness. They are the heroes we wish we could be."Louis knows the subject of miracles well, as she has personally experienced three miracles. As the result of those life-altering experiences, she began an in-depth study of some of Christianity's most well-documented miracles. In her book, she attempts to expand upon and explain both the purpose and the direction of those miracles. 'Miracles of Direction, Miracles of Conquest, Miracles of Provision and Miracles of Purpose' explores biblical miracles that took place while Jesus was here on earth. She then references with miracles that take place on a daily basis in the modern world. She separates these miracles into four categories and presents insightful example of each type, taken directly from the Bible.The book is an ideal Christmas gift for anyone who hopes to draw closer to God, or wants to explore how miracles and angels affect us here on Earth.Louis was just chosen as a winner in the 2016 '50 Great Writers You Should Be Reading' awards contest for the second year in a row. 'Miracles' has also received rave reviews from readers. One review called it "amazing, uplifting and inspirational". Another stated, "I was profoundly impressed by the writing."Donna Louis is available for media interviews and can be reached using the information below, or by email at louistolouis@aol.com. More information is available at her website. ‘Miracles Of Direction’ is available at online retail book outlets. More information is available at her website.Donna Louis is happily married to her husband of 30 years Patrick Louis and currently resides in Florida. She lives to accomplish the task that God created her for and on a daily basis to follow Proverbs 3:5-6. "Trust in the Lord with all thine heart; and lean not unto thine own understanding. In all thy ways acknowledge him, and he shall direct thy paths."PO Box 1613 Shallotte, NC 28459 http://www.miraclebook.net

You can edit or delete your press release Angels And Miracles - Donna Louis, Multi-Award Winning Author, Explores Miracles In 'Miracles Of Direction' here

09-11-2020 | Arts & Culture
Fianal S.A.
British man finds link to Jesus H. Christ and Solomon
Cap Em King: a film released in August to the public was made available along with 3 chapters of the book "The Black Swan, the Truth and the prophecy of King Solomon", the link is in the description on youtube. The release date of the book is scheduled for December. The film talks about the Iraq war, 911, The great Pyramid at Giza, the Christ angle and the Solomon prophecy,
10-24-2018 | Industry, Real Estate & Constr …
QY Research, Inc,
Global Automatic Car Wash Machines Sales Market Report 2018 (Major Manufactures …
'QYResearch' - Recently published report examines the 'Global Automatic Car Wash Machines Sales Market Report 2018 ' for the projected period of 7-years, i.e. between '2018 and 2025". The report highlights the accomplishments and opportunities lies in the market throughout the forecasted period. The report offers the thorough information about the overview and the scope of the global Automatic Car Wash Machines market along with its drivers, restraints, and trends. Automatic Car Wash
11-24-2017 | Leisure, Entertainment, Miscel …
business news
Lyophilizer Market Report 2017- Martin Christ Gefriertrocknungsanlagen GmbH, The …
Apex Research, recently published a detailed market research study focused on the "Lyophilizer Market" across the global, regional and country level. The report provides 360° analysis of "Lyophilizer Market" from view of manufacturers, regions, product types and end industries. The research report analyses and provides the historical data along with current performance of the global Lyophilizer industry, and estimates the future trend of Lyophilizer market on the basis of this
08-31-2016 | Arts & Culture
Pat Chalfant
Mediumship as a Doorway to Christ: Pat Chalfant's Newest Video Demonstrates that …
Certified Spiritualist Medium Pat Chalfant has announced the release of a video that demonstrates that electric voice phenomena (EVP) and near death experiences (NDE) can both serve as the doorway to Christ. Regardless of which terms we use to describe the reality that lies beyond the veil of bodily perception, we have come to accept that this reality can break through on occasion through various means. Real mediums (as opposed
05-11-2016 | Arts & Culture
Pat Chalfant
Mediumship As A Doorway To Christ: Pat Chalfant's Newest Video Demonstrates That …
Pat Chalfant, a CARE-certified medium, knows that mediumship is one doorway to Christ. It is not the only one, however. The near death experience, a relatively recent phenomenon, serves as another. She recently developed a new video, now available to the public, that helps people who wish to "roll away the stone". In her words: When Dr. George Ritchie, M.D., was a 20-year-old college student hospitalized with pneumonia, he was dead
11-24-2010 | Business, Economy, Finances, B …
InvitingSmiles Inc
Holiday Cards- Jesus Christ in Photo Christmas Cards
Dallas, Texas (openpr) November 8, 2010 - This is the first time they have seen Him unexpectedly in Christmas Photo Cards ( http://invitingsmiles.com/holiday-cards.html ). They have seen Him in weeping trees and on toast. Of course, that’s natural when it’s intended, but in Texas a man created one of the most unusual Christmas cards. He uploaded holiday photos of himself with his wife onto his happy Christmas cards.
Comments about openPR
I can't but agree to the positive statements about your portal: easy to use, clear layout, very good search function, and quick editing!
Jens O'Brien, Borgmeier Media Communication